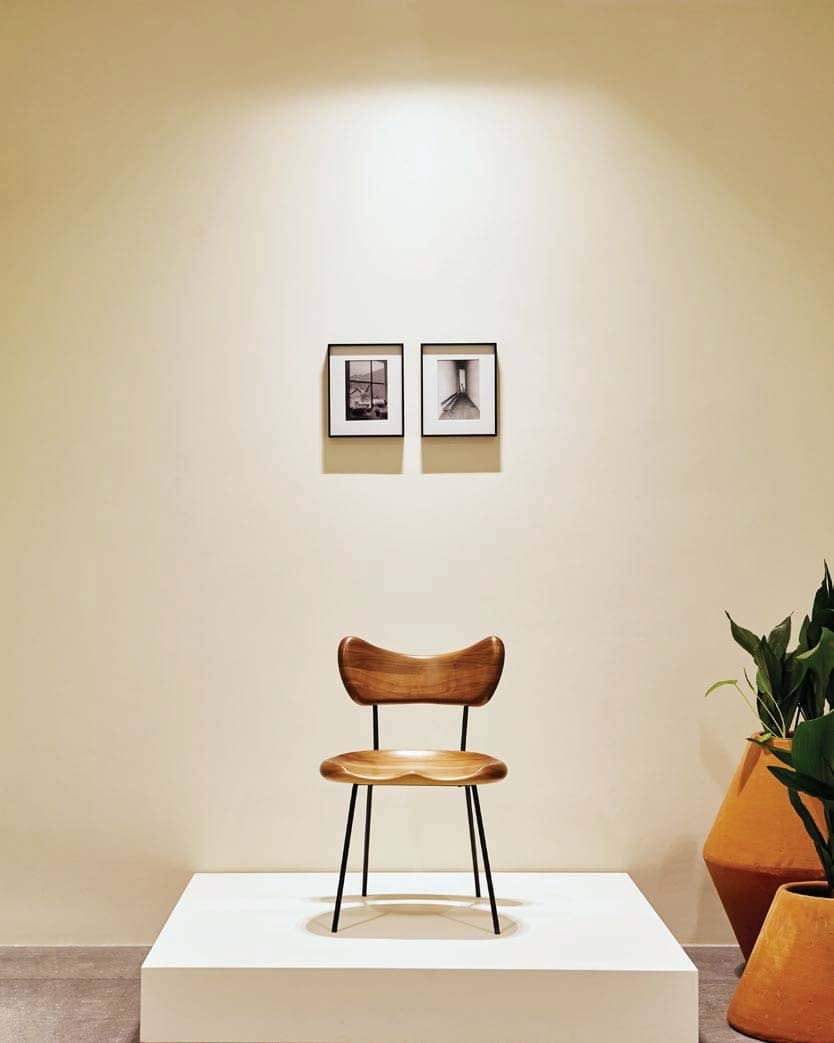 From conquistador poets to Frida Kahlo, Mexico City has inspired generations of artists. Join a local journalist on a culture-focused tour and find creativity around every corner

Mexico City’s artistic scene goes far beyond its most celebrated daughter, Frida Kahlo, whose distinctive self-portraits appear on everything from notebooks to coffee cups the world over. Filmmaker Luis Buñuel and painter Leonora Carrington made their names here, and Seville poet Juan de la Cueva wrote of ‘six things of excellent beauty’ in the city of the 16th century: casas, calles, caballos, carnes, cabellos y criaturas bellas – houses, streets, horses, meats, hair and beautiful creatures. World Capital of Design in 2018, Mexico City’s appeal lies also in the creativity of its people. You can see it in public design: our Metro icons, designed in the late ’60s by Lance Wyman, and Alameda Central, the first urban park in the Americas. You’ll find creative Mexico City in some surprising places, not just its inspiring museums and traditional crafts, but also in its bars, restaurants, down dimly-lit streets, and among peeling façades. 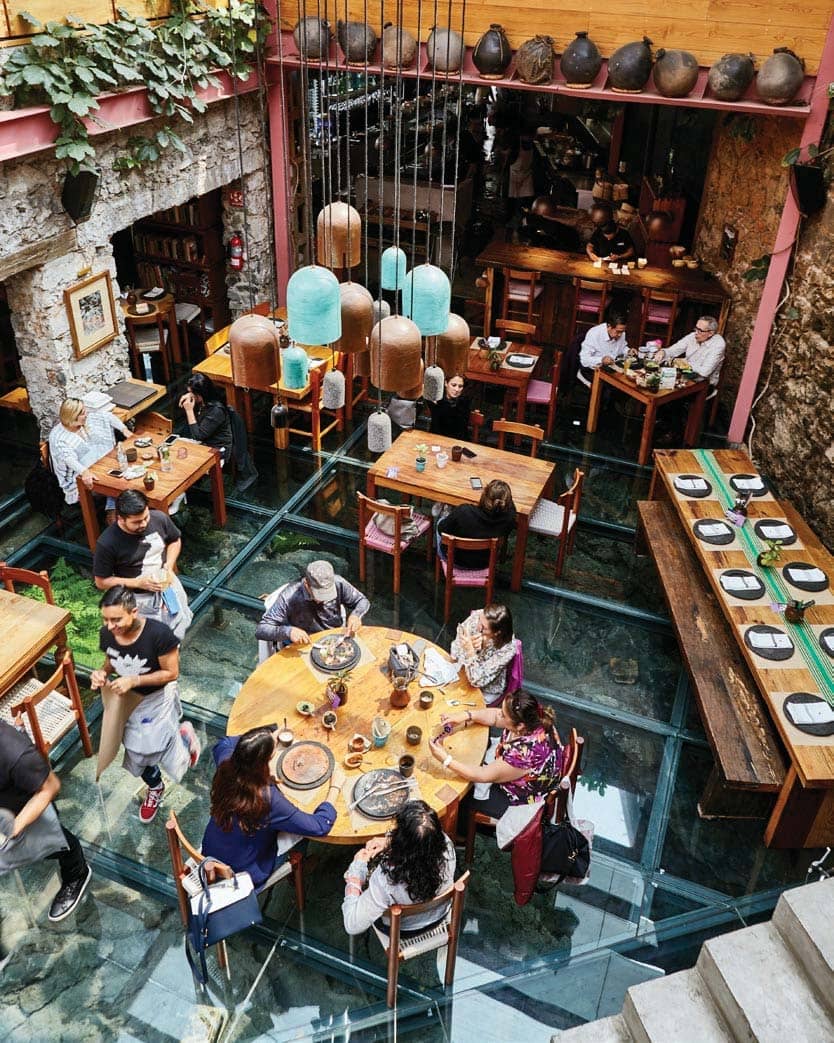 FOR A ONE-OFF SPACE

Mexico City combines all kinds of architecture. A half-hour taxi ride along streets embellished with elegant jacaranda trees might take you past neocolonial houses and small Beaux Arts palaces, via Art Deco buildings and Baroque churches. The city’s Modernist masterpiece is Luis Barragán’s Casa Pedregal, a vibrant pink building designed as a private home. Located at the side of the property, in its old stables, is the cultural centre Tetetlán (www.tetetlan.com). Its name means ‘place between stones’ in Nahuatl, one of the languages of the Uto-Aztecan people, because the property was built on a bed of volcanic rock. 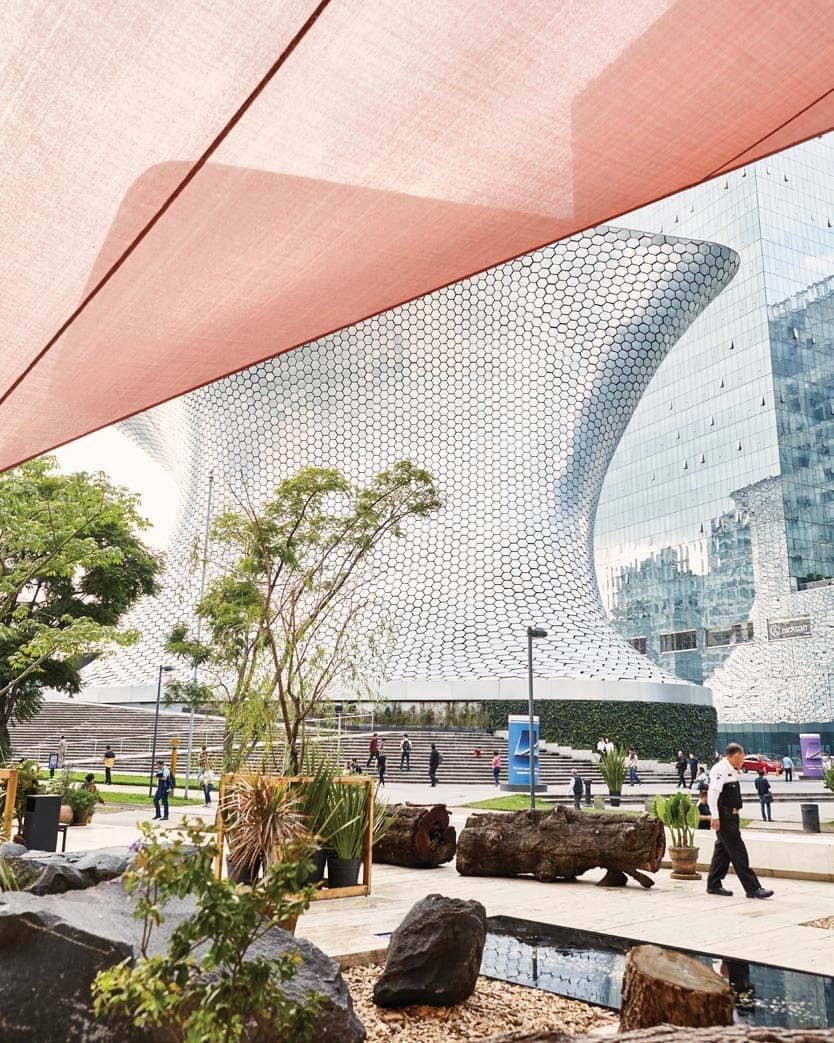 “Any work of architecture that does not express serenity is a mistake,” architect Luis Barragán once said. And Tetetlán does feel like an oasis – it’s as though nothing exists beyond its boundaries. For lunch, the centre’s restaurant serves uniquely Mesoamerican dishes – roasted cuitlacoche, an edible fungus that grows on corn, and a cut of lamb served with grasshopper sauce. Even the circumspect couple at the table next to mine enjoys the food. The Tetetlán’s library is one of the most complete on Mexican art and history, but its shop is more accessible to those who don’t speak Spanish, and sells pieces from every state in the Republic. 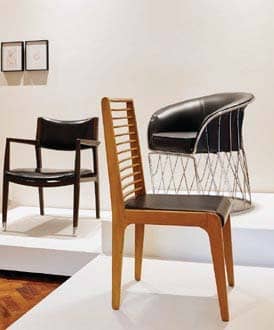 Outwardly the Jumex Museum (www.fundacion jumex.org), designed by architect David Chipperfield, resembles a factory – but it contains one of the largest collections of contemporary art in Latin America. I walk its pale corridors exploring exhibitions that draw from a collection of around 2,600 works. Previous shows have featured big-hitters like Andy Warhol and Jeff Koons, as well as Mexican artists such as Gabriel Orozco and artistic émigrés like Belgian-born Francis Alÿs. “Mexico is, has always been, the crossing point of European, North American and Latin American cultures,” says chief curator Kit Hammonds as he shows me the collection. “Our programme couples blockbusters with shows that explore younger artists, particularly from Latin America. The Jumex foundation also supports Mexican artists and designers through its grants scheme, playing an important role in the creative ecology.”

As far as artistic ecosystems go, the wealthy neighbourhood of Polanco is particularly rich. From the first floor terrace, I have a clear view of the institution next door – the curvaceous Soumaya Museum (www.museosoumaya.org), the private collection of Mexican billionaire Carlos Slim. Tiled with countless aluminium hexagons, it is ultra-modern in appearance but more expansively historical in content, with paintings by everyone from the French Impressionists to Salvador Dalí and sculptures by Auguste Rodin. “Jumex is part of a cultural hub,” says Kit. “In the wider area, there’s also the Museum of Modern Art and the Sala de Arte Público de Siqueiros, an art space in a modern artist’s former studio.” He points out that – in general – artists’ studios are concentrated in cheaper neighbourhoods. “At the moment, Mexico City is attracting attention as a place for international artists to live and work: it’s affordable, intense and energetic.” 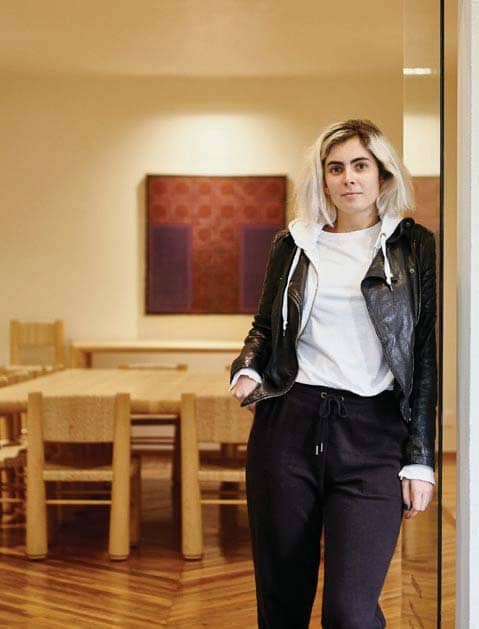