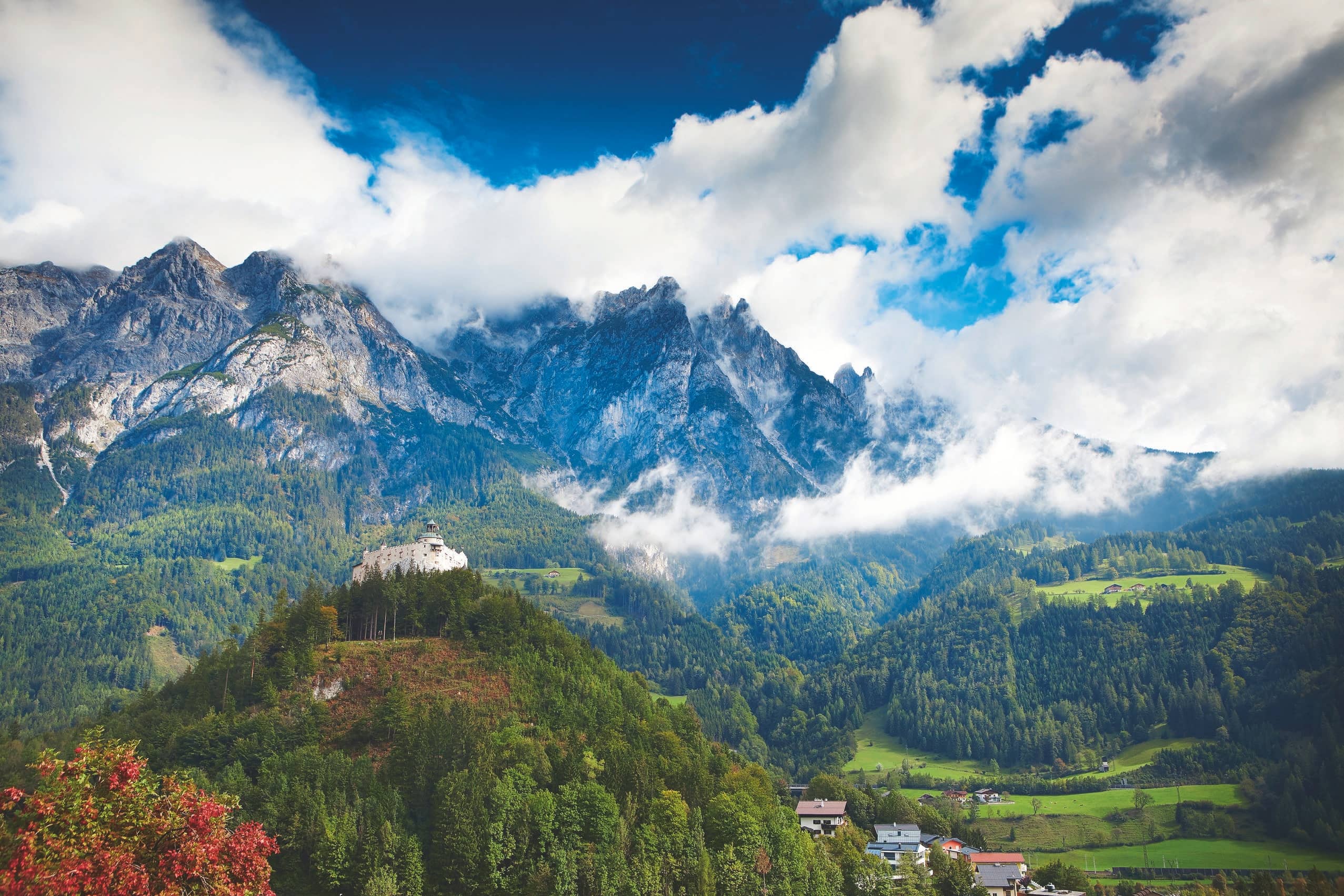 On this Perfect Trip through the Austrian Alps, begin your mountain adventure with a wander through the Baroque old town of Innsbruck. Then don your hiking boots to explore the Zillertal, before taking a high Alpine road trip and a tour deep into the natural wonders of Salzburgerland. Round things off with some sailing in the Austrian Lake District

A waypoint across the Alps since ancient times, the stately city of Innsbruck is steeped in imperial history, yet also serves as a launchpad for mountain activities

Innsbruck’s cobbles as the city shakes off its slumber and wakes for another day. In its cafés, locals gather for their morning constitutional – a cup of black coffee and a slice of apple strudel, baked at dawn and served piping hot. As they tuck into breakfast, sunlight creeps along pavements and onto façades painted in pastel pinks, mustard yellows and duck-egg blues. North of the Altstadt (Old Town), cable cars buzz up the hillsides, ferrying walkers to an early start among the spiked summits of the Nordkette range.

More than 200 miles west of the Austrian capital Vienna, Innsbruck is a city where life is framed by the mountains. Hedged north and south by peaks, it guards one of the most ancient trading routes over the Alps, the Brenner Pass. For centuries, pilgrims, pedlars, traders and troopers have travelled through here on their way across the mountains, using Innsbruck’s namesake bridge to cross the Inn River en route to Italy and the Mediterranean beyond.

Innsbruck grew rich by controlling the flow of trans-mountain traffic. As capital of Tyrol, it served until 1665 as an alternative seat of power to Vienna for the Habsburg dynasty. Even now, long after its imperial star has waned, the town still cheekily bills itself as the ‘Capital of the Alps’.

Habsburg influence dominates the elegant Altstadt. Boulevards lined by mansions and merchants’ townhouses radiate from the city’s heart, and many buildings are richly decorated: swashes, scrolls and curlicues embellish their Baroque façades, like flourishes on a wedding cake. Often, the architecture contains echoes of old glories: the imperial double-headed eagle is a common motif, adorning everything from shop signs to door knockers.

Inevitably, it’s the city’s royal buildings that impress most. The hallways of the Hofburg Palace are lined with Old Master paintings and objets d’art, and its ceilings emblazoned with frescoes that play games with the eye – conjuring curves where none exist, or seeming to open into the heavens. Nearby, on Herzog-Friedrich-Strasse, stands the Goldenes Dachl (Golden Roof), built for Emperor Maximilian I in 1500 as a royal box from which to watch festivities in the square below. Crowned with 2,657 copper tiles that flash and shimmer like fish scales in the sunlight, it’s a striking reminder of Innsbruck’s glorious past.

One man who has an unusual insight into the city’s history is Peter Grassmayr, whose family owns Austria’s oldest bell foundry, founded in 1599, just south of the city centre. Grassmayr bells have been chiming out from the city’s church towers for four centuries, and are now shipped to temples, chapels and sanctuaries across the globe.

“We make bells for eight different religion and 50 countries,” Peter explains, as he strolls around the foundry’s bell garden, where a collection of the company’s historic bells now reside in hushed retirement. “We might be in the middle of the mountains, but our bells can be heard as far away as Jerusalem, Australia and Japan!”

For all its architectural pomp, these days, Innsbruck is a place that’s more popular for the outdoor pursuits that take place beyond its urban core. It has hosted the Winter Olympics twice – in 1964 and 1976 – and few cities have such a main line to the mountains. A futuristic funicular, designed by star architect Zaha Hadid, joins up with two cable cars to whisk hikers, skiers and snowboarders from the Altstadt’s squares into the heart of the Nordkette range at more than 2,000m, taking 20 minutes in all. 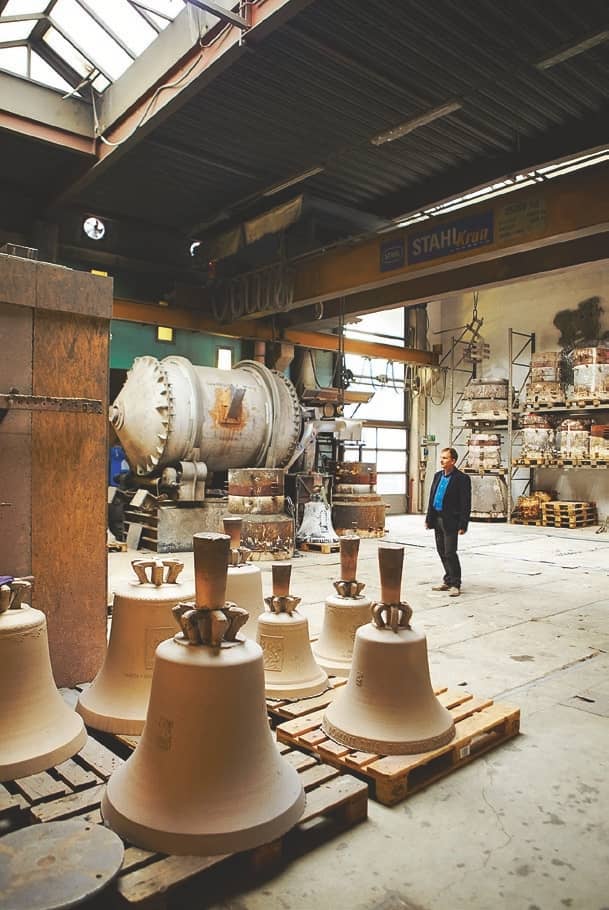 At the top, a viewing platform overlooks the city’s rooftops – a sea of spires, domes and terracotta tiles, backed by black peaks. But there is a price for such a view: as the cable car glides to a halt and its doors whoosh open, a blast of wind whips up from the valley below, sending hats and gloves flying as it howls across the summits. Most people are prepared, tightening hoods and zipping up fleeces as they begin the trek back down towards the city. In an hour or two, they will be rewarding themselves with mugs of hot chocolate and slices of torte in one of the Altstadt’s old-world cafés. 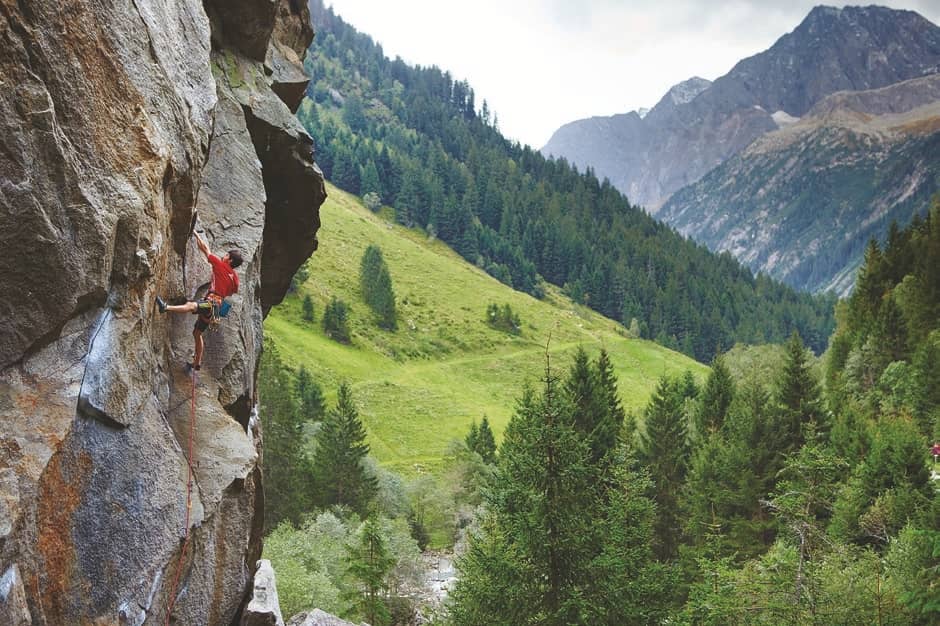 Generations of climbers and hikers have tested their mettle around these valleys, where mountain traditions remain strong – from Alpine hospitality to after-dinner yodelling

TAKE UP THE SLACK,” shouts Matthias Schiestl, as he dangles by one arm from a sheer granite face, clips his rope into a carabiner and dips his hand into a bag of chalk hanging from his belt. Thirty feet below, his girlfriend Nina braces her legs against the rock and leans backwards so the rope tightens against the piton, in case Matthias’s grip should slip.

It seems an unnecessary precaution. In a sequence of graceful steps and lunges using clefts and ledges in the rock, he ascends the last part without as much as a missed step. At the top, he takes a break and surveys the green meadows of the Ewige Jagdgründe crag. Other climbers are tackling pitches around the valley, and Matthias watches them with an experienced eye, assessing lines, critiquing routes, evaluating moves for style and panache. Having caught his breath, he scrambles back onto the rock face and abseils to the bottom, where Nina is waiting with a flask of coffee and a chocolate bar.

Now 31, Matthias is one of Austria’s most promising young climbers. Born and bred in the Zillertal, he’s been exploring the valley since he began climbing as a teenager. A senior member of the Austrian climbing team, he’s competed all over the globe, but, for him, there’s nowhere quite like home.