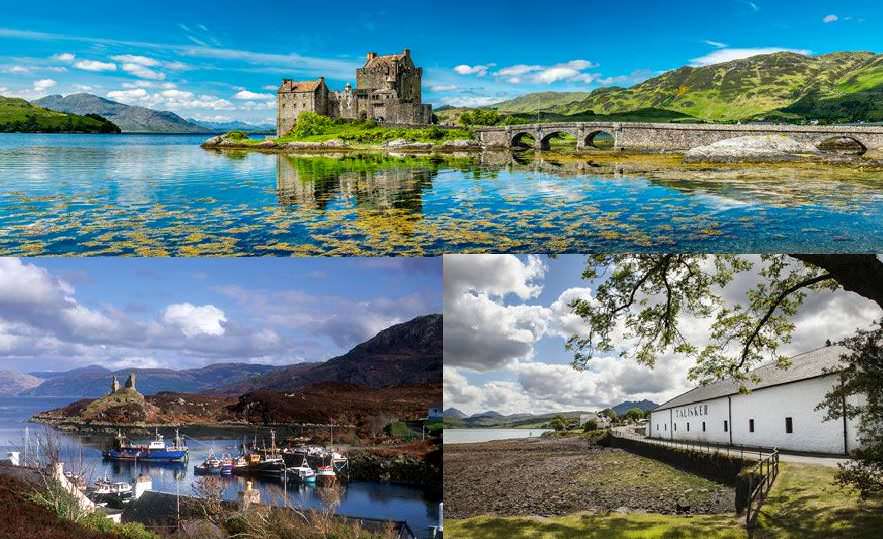 Don’t let the weather fool you — Skye can be “a wee bit moist” on occasion, as 19th-century Cuillin mountaineer pioneer Charles Pilkington once said, describing Scotland’s island of adventure.

The largest island of the Inner Hebrides, the Isle of Skye conjures images of King Arthur, fairy glens mixed with primeval myths, and Jurassic parks. The windswept island setting has been a popular filming location, most recently in last year’s release of King Arthur: Legend of the Sword. The other big news: The world’s largest dinosaur and the oldest dinosaur fossils ever found in Scotland were discovered earlier this year at Rubha nam Brathairean, commonly known as Brothers’ Point.

Nearly 50 miles long with a rugged coastline so deeply indented you are never more than five miles from the sea, this magical place of the Hebrides lets you easily create your own legends. Submerged in mountain ranges with miles of dramatic coastline, a jaw-dropping, page-turning history unfolds by land and sea. The place awaits those ready to wrap themselves in Hebridean adventure.

Start at the Eilean Donan Castle. Located in the Scottish Highlands on the main tourist route to the Isle of Skye, families and couples can discover a riveting Viking history at this 13th-century castle. The other big deal is the location. Situated on a wee isle at the confluence of three great lochs, it presents one of the most iconic images of Scotland, so get your smartphone ready to snap Instagram shots. The scene from this vantage point sets the mood for tall tales and strong gales.

Once in Skye, in between the heritage sites visit geological features that dot the landscape. Road trippers snake along the Trotternish Circuit, a 50-mile drive spanning the northernmost peninsula. Weekenders inch the circuitous drive, stopping at iconic landmarks like the weathered basaltic pinnacle at Storr, with a popular landmark once used by sailors dubbed The Old Man of Storr. Marvel at the perilous Cuillin Ridge along the haunted Cuillin Hills (an outlaw named MacRaing is a ghost here) and be sure to see the heavenly swath of beauty known as Quiraing.