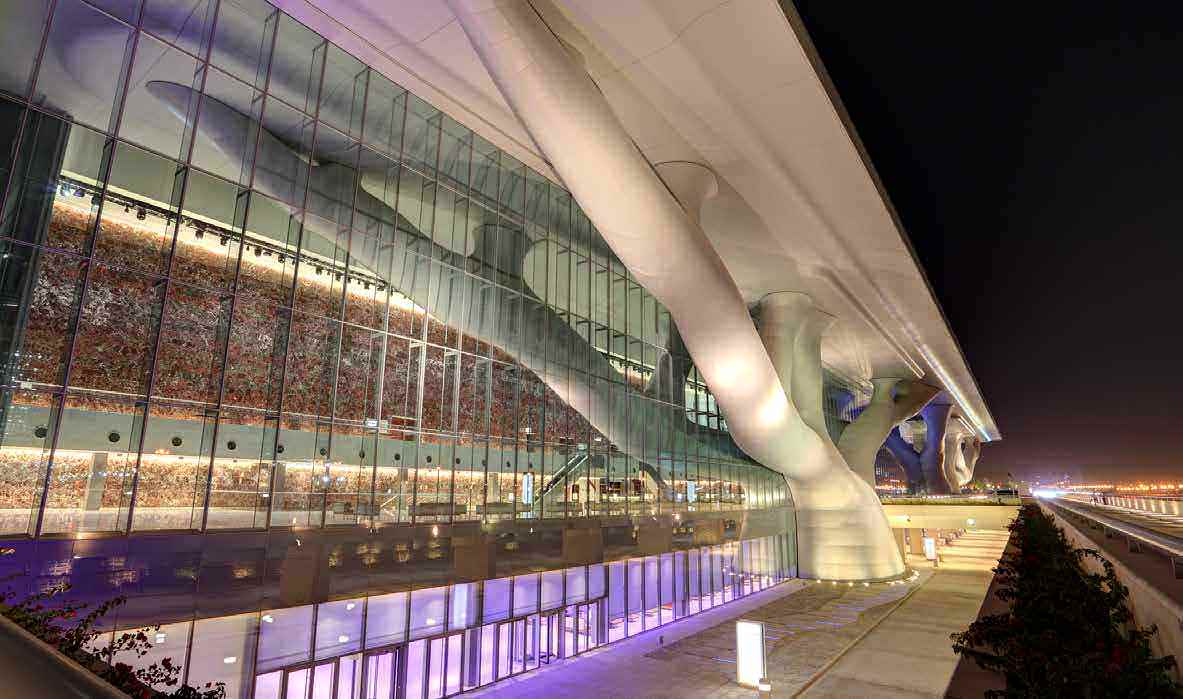 Doha boasts world-class facilities for all manner of events.

There is something theatrical about Doha’s Corniche. Curving for almost five miles around Doha Bay, this paved walkway provides pedestrians with a prime view of the lapping Arabian Gulf. Beyond the constant flow of vehicles on the other side, an ever-rising forest of skyscrapers grows. At night it is magical: Qatar’s capital city becomes a constellation of multicolored lights glitteringly reflected on the water.

Doha’s rapid transformation into a modern city has been more cultured, less brash than its regional rival Dubai. Yet this is a city with unbridled ambition, and the MICE sector is central to its plans.

The biggest event on the horizon — the 2022 FIFA World Cup — precipitated a frenzy of construction work. The main stadium is currently being completed in a brand new city, Lusail, 14 miles north of downtown Doha, while four other stadiums will be in Doha itself.

Controversially, the World Cup shifted from its traditional June/July time lot to November/December in order to avoid Qatar’s ferocious summer heat. The climate is something MICE planners need to consider. From May to August, temperatures often exceed 100 degrees Fahrenheit, with high humidity.