Athens- Love Among The Ruins 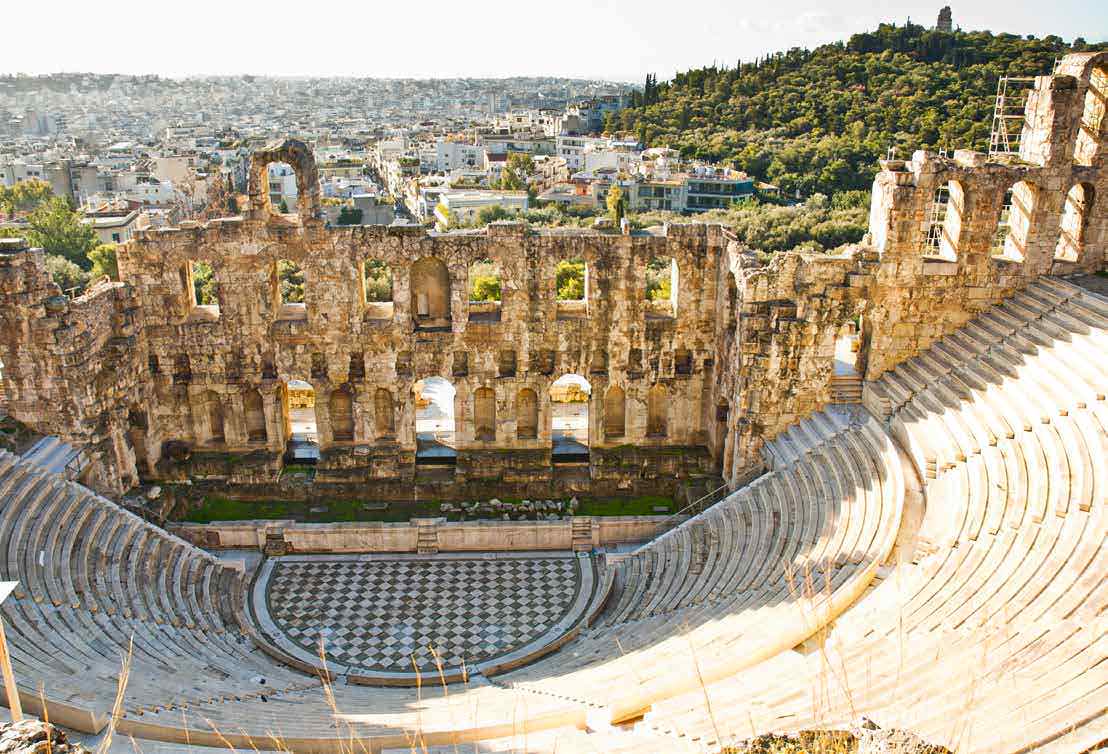 Follow in the path of classical poets amid the towering relics of Athens.

Wandering the twisting streets and lanes of Athens, it isn’t difficult for the modern visitor — even while dodging buses — to get a sense of what so enthralled nobleman and Romantic poet Lord Byron about this singular destination, nor why it’s an ideal romantic destination with your favorite cotraveler. Views of the Acropolis floating in sunshine and moonlight above the city and long days spent among the crumbling columns and temples inspired Byron to pen a wealth of love poems and works exploring the concept of beauty.

In some cities, you have to look below the surface clutter to get a true sense of the essence. In Athens, it’s necessary to keep your gaze focused — like Byron’s — upward, pointed at the Acropolis, positioned like a crown on the head of a seething, wild metropolis. The collection of spaces that make up the Acropolis complex includes the Theatre of Dionysus, multiple sanctuaries and dreamy temples such as the Altar of Athena in the Temple of Athena Nike.

Architecturally interrupted by raids, wars, invasions and periodic indifference, the Temple of Zeus at the center of Athens was built in episodic stages, taking more than 600 years to complete. Today, 16 columns remain, though one lies supine upon the ground, having long ago given up its struggle with either gravity or fate.

Until 2003 the city sidewalks were paved with marble. Most have been replaced with surfaces less slippery during rainy days, while other restoration projects include select areas of the Acropolis, including the columns of the Parthenon and the Temple of Athena Nike.