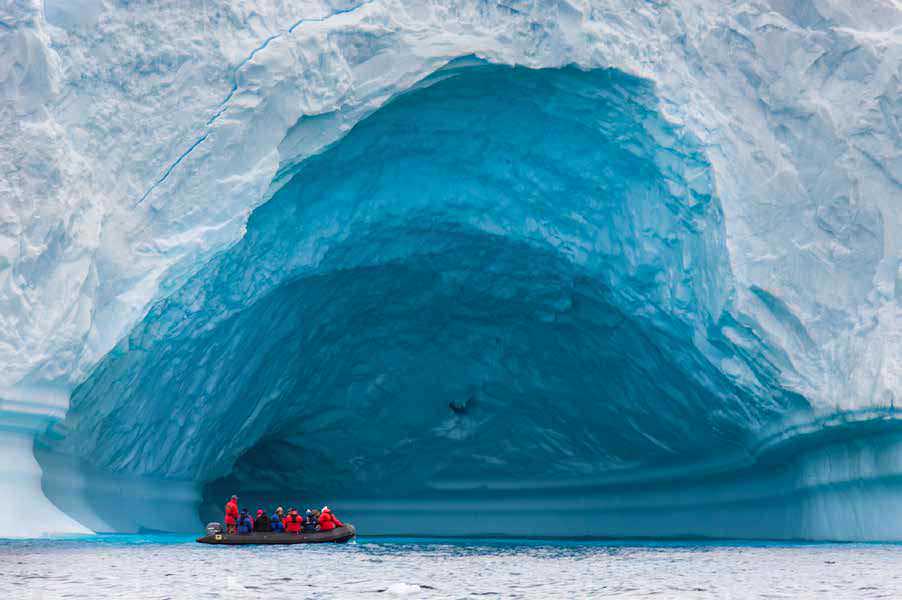 Journey to Antarctica for the thrill of a lifetime.

Unlike the room full of eager voyagers surrounding me, waiting to board a ship destined for the seventh continent, I had never once dreamed of stepping foot on Antarctica. As they regaled me with stories of planning the trip in their 40s, making promises to loved ones they would one day send postcards from an Antarctic post office while mustering up the courage to keep their commitment to take part in the polar plunge, I kept silent, unable to admit the continent had never even made it on my bucket list.

Its absence from my list of dream trips wasn’t due to a lack of desire or a fear of traveling into the great unknown but rather because I had long written it off as an unattainable goal. In my millennial mind, traveling to Antarctica was beyond a bucket list. It was the ultimate trip. I had (wrongfully) assumed the trip was reserved for scientists and celebrities, but as I began to research ideas for my 32nd birthday, the trip began to take form in a surprisingly tangible way.

More than 38,478 people visited Antarctica during the austral summer season (which typically runs November through February), according to a 2016 report by the International Association of Antarctic Tour Operators, with expectations that number will grow by at least 5,000 each year. Many visitors arrive at the continent by ship, on voyages planned through cruise operators like Polar Latitudes or Quark Expeditions, or booked through an adventure tour company that specializes in Antarctic expeditions like Adventure Life. But daytrips by plane have become another option, albeit a slightly pricier one.