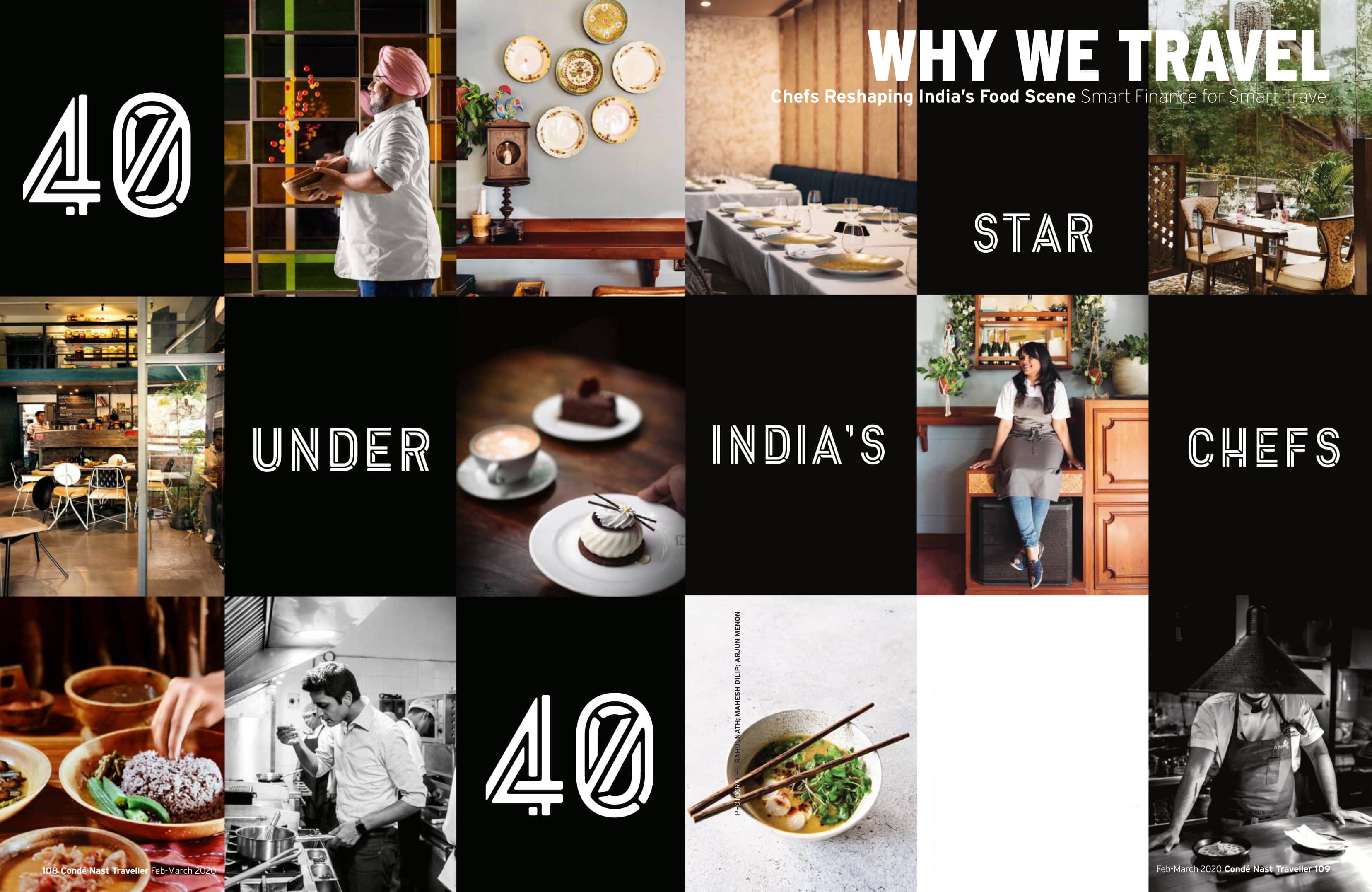 40 chefs under 40 who are transforming India’s culinary scene Also: the smartest travel services

There’s never been a better time for food in India. We’ve always been concerned about what’s for lunch, but eating is a near-24x7 fixation now—we obsessively track new restaurant openings, flock to farmers’ markets, fawn over artisanal crockery and hunt down heirloom recipes, all while trying out new diets and superfoods. Fuelling this feeding frenzy is a host of young Indian chefs: not only are they delighting our taste buds, they’re reinventing supply chains to make them more sustainable, using social media as a teaching tool, telling compelling stories and bringing the focus back to great local and seasonal ingredients. With this compilation of culinary talent—put together with suggestions from industry veterans and experts, as well as our own expertise in gluttony—we’re raising our hat to the future of India’s food movement. 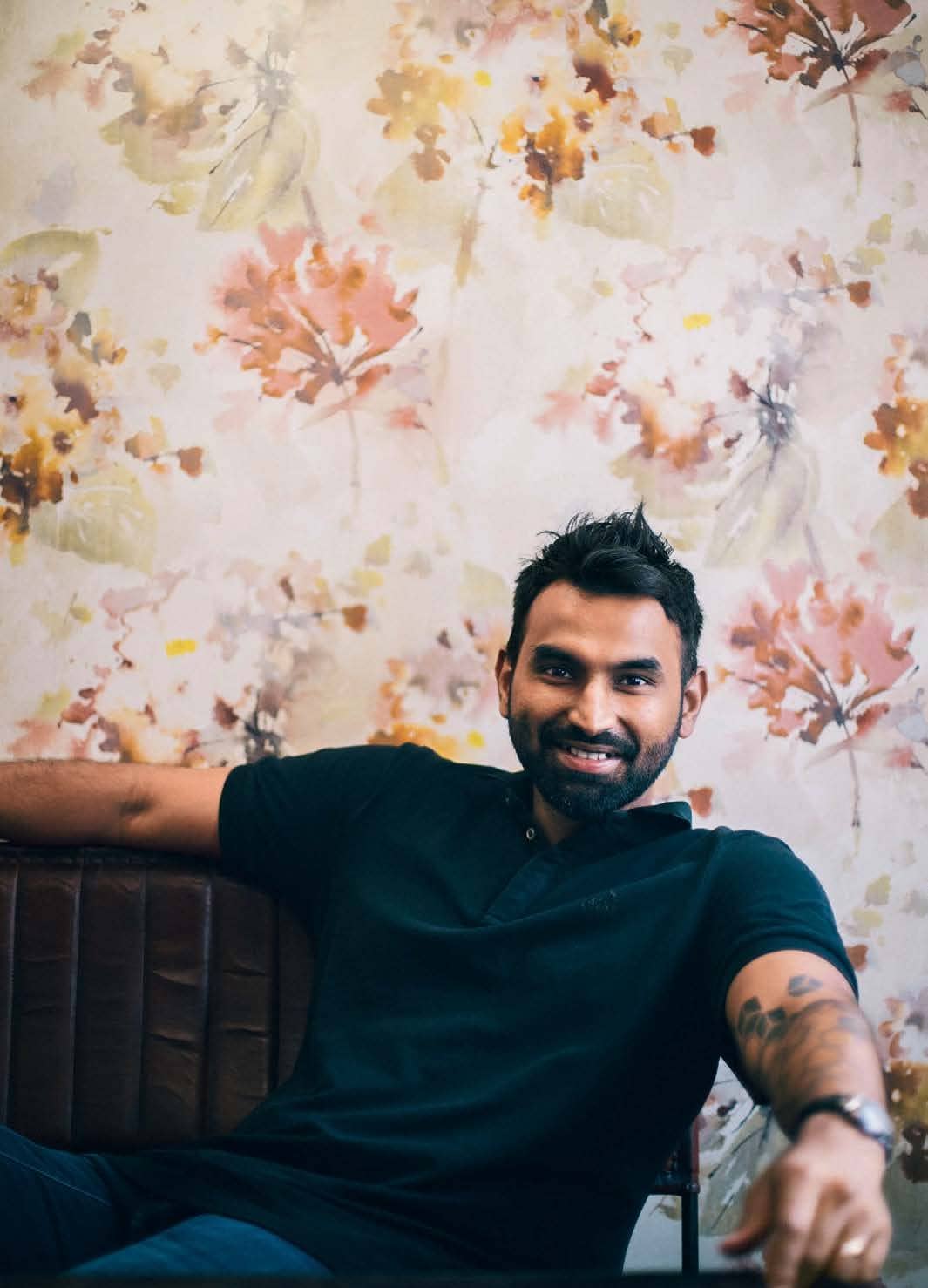 VINESH JOHNY, 31, CO-FOUNDER & EXECUTIVE PASTRY CHEF, LAVONNE, BENGALURU IT COMES AS NO SURPRISE THAT BENGALURU boy Vinesh Johny, who founded Lavonne to meet the need for an international-standard pastry school in India, supports the philosophy of never turning down dessert. He believes there’s a way to introduce mindful indulgence to eaters used to ghee-laden, sugar-soaked flavours. “At Lavonne, chocolate-based desserts are our bestsellers, but we still offer a variety of options—from eggless desserts to nutand-fruit-based options,” he says. “Our treats should feel balanced and light, not something customers give up on a few bites in because they feel overloaded by the sweetness of traditional recipes. I want people coming to the shop to treat themselves and not be restricted by dietary requirements. Everyone should have options.” @vineshjohny SS 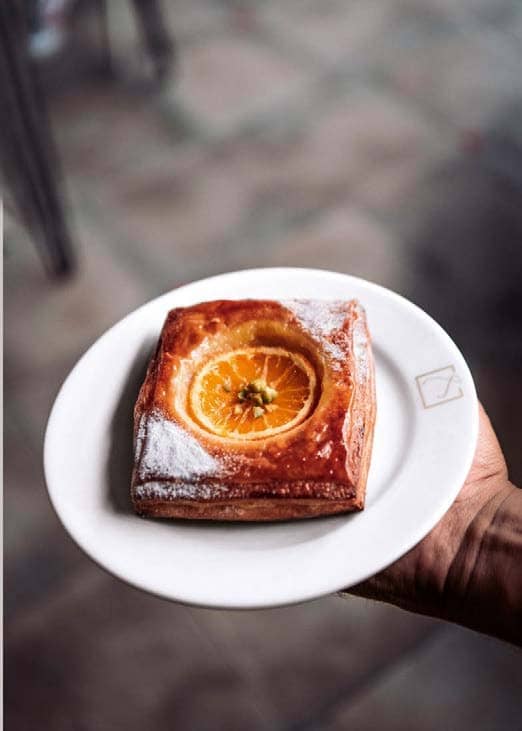 MEGHA KOHLI, 30, EXECUTIVE CHEF, LAVAASH BY SABY, DELHI One of India’s youngest chefs, Megha Kohli isn’t content with just cooking food—she’s passionate about reducing wastage, using indigenous grains and ingredients and cooking sustainably. Her food philosophy is best explained through her star dishes, like her Bihari thali with Champaran mutton, sarson rohu, chicken tarua, litti, aloo chokha, balushahi and kochu chutney, and her cheese platter with indigenous varieties like smoked Kalimpong and Bandel cheese. “My thalis showcase the biodiversity of India and celebrate lesserknown dishes,” she says. Kohli even uses Manipuri black rice, chakhao, in her kheer “to show that you can make a traditional recipe unique by substituting just one ingredient”. @meghakohli JL

SHEIK MOHIDEEN, 34, BRAND CHEF, SAVYA RASA, PUNE & GURUGRAM Sheik Mohideen once believed South Indian food was “home food” and preferred cooking “Western” meals. Now, his mother’s special rice, avarai paruppu saadam, which he learned to prepare as a child, is a signature dish at Savya Rasa. The turning point was during his hotel management days, while researching Kongunadu cuisine from Northwest Tamil Nadu with a team under the legendary Chef Jacob , coaxing village folk to part with recipes to revive the dying cuisine. He went on to hone his skills at Jacob’s Kitchen, Chennai, and later joined Savya Rasa for its focus on lesser-known South Indian cuisines. “I appreciate Indian food better now.” @sheikmohideen26 JL 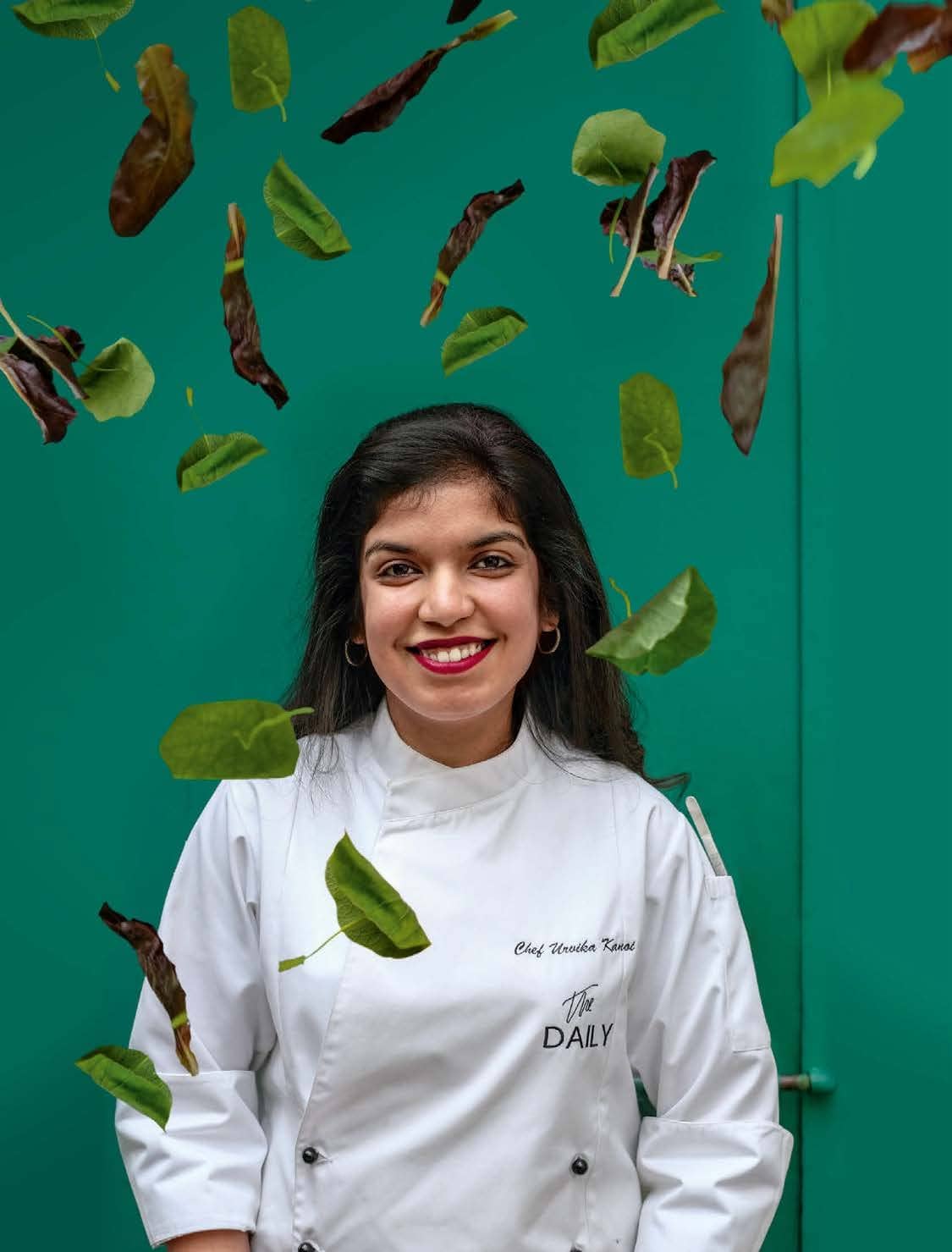 URVIKA KANOI, 28, CHEF-OWNER, THE DAILY, KOLKATA Despite being a cuisine chef, Urvika Kanoi was often told to manage baking at the beginning of her career. “I was not allowed to butcher or grill meat because ‘women were not cut out for the job,’” the Le Cordon Bleu London alumnus says. Today, Kanoi runs The Daily, a cheery café in Kolkata, on the principles of sustainable food practices: she works directly with farmers, cooks with local and seasonal produce, even uses biodegradable cutlery and tries hard to reduce wastage. No wonder she makes use of citrus peels (dried and pounded) in salad dressings, prawn heads and shells to make an oil for chipotle prawns and carrot tops and leaves to make pesto. @theglobalfoodie RR 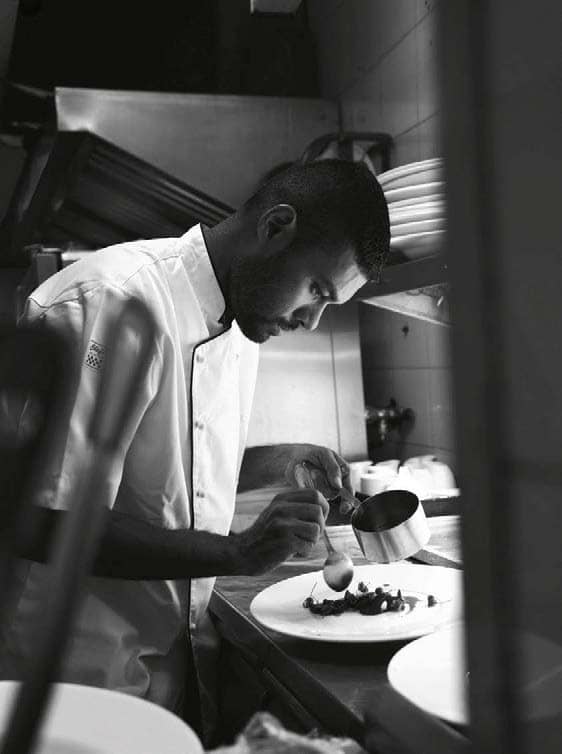 GRESHAM FERNANDES, 39, CULINARY DIRECTOR, IMPRESARIO ENTERTAINMENT & HOSPITALITY, MUMBAI A Bandra boy, Gresham Fernandes spent his childhood at his grandmother’s home here, learning to cook from her. Bandra is still an inherent part of his culinary life. He spent years hosting the invite-only Dubious Dinner at the defunct St Jude’s Bakery. “The idea was to have a great meal in this run-down space,” says Fernandes, one of the rare few to attend a culinary residency programme at noma, which polished his cooking. He joined Impresario’s Salt Water Grill in South Mumbai, in 2004 (now defunct). He also helped launch Aurus in Juhu before returning to Bandra, and Impresario, for Salt Water Café. @greshamfernandes JL 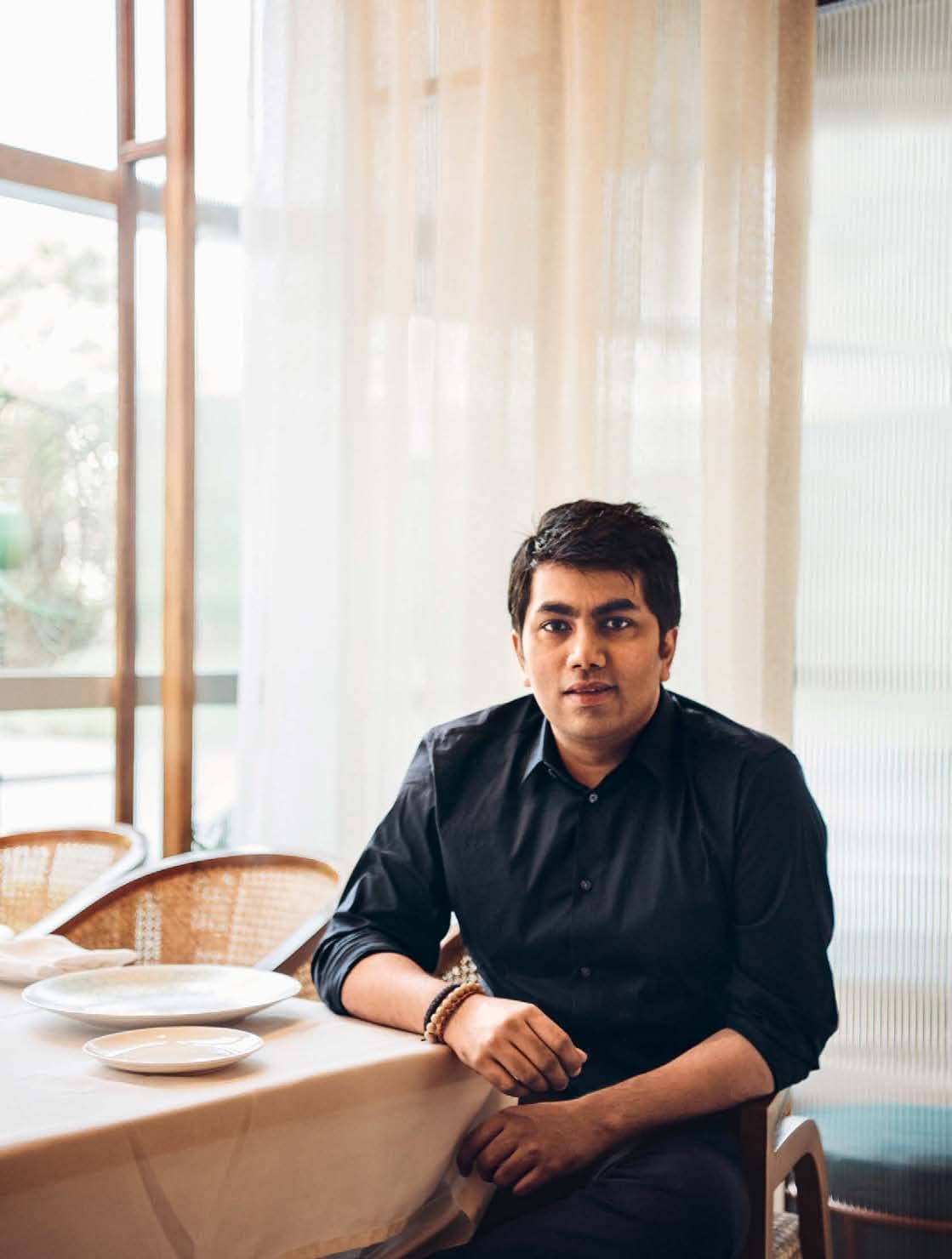 HIMANSHU SAINI, 32, CORPORATE CHEF, TRÈSIND, MUMBAI & DUBAI Straight out of college, Himanshu Saini’s took up his first job at a call centre to improve his English skills. “I was interviewing at The Oberoi and ITC hotels,” he says. “There were six rounds of interviews. I’d go in and screw up.” Saini worked at Indian Accent early in his career and went on to win a cook-offthat would take him to lead the kitchen at Vermilion in NYC. While that gig didn’t last long, it made him confident in cooking modern Indian fare and to command his own kitchen. So when the opportunity to launch Trèsind came up, he took it. @chefhimanshusaini RBS 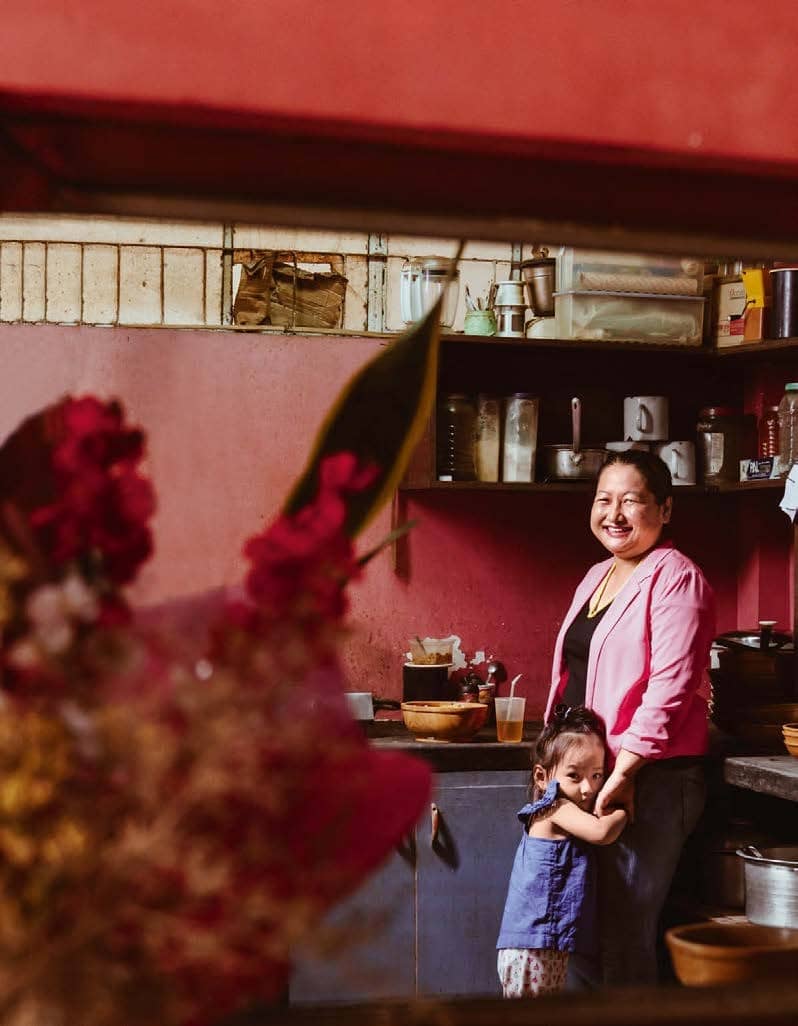 AKETOLI H ZHIMOMI, 38, FOUNDER-CHEF, ETHNIC TABLE, DIMAPUR Aketoli Zhimomi has to change the menu at her home-style restaurant, which serves indigenous Naga food, every day. This is because the food completely depends on what’s available in the market on that day—from wild pepper to vegetables sourced directly from women who collect the produce straight from their rural farms. “This native produce is at risk of getting lost because many farmers now only grow cash crops like cardamom,” she rues. For the self-taught chef and winner of the first season of Naga Chef, food is a way to break stereotypes, a conviction that led her to open Ethnic Table in 2014. Zhimomi is also reviving lost recipes because she wants to “show travellers that Naga food is more than just Naga chillies and dog meat” @ethnictablerestaurant KB 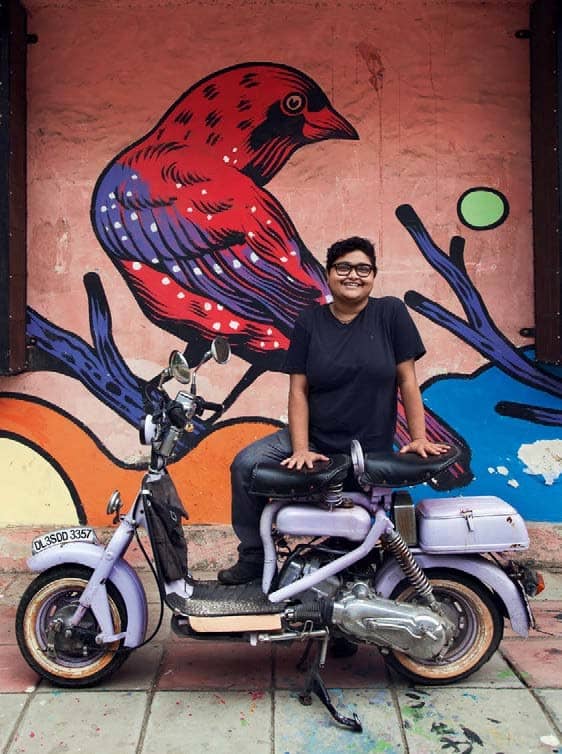 ANUMITRA GHOSH DASTIDAR, 37, CHEF & CO-FOUNDER, EDIBLE ARCHIVES, GOA Although she has a PhD in cognitive linguistics, ingredients matter the most to her. Anumitra Dostidar Ghosh did a fellowship in Japan, started a pop-up and a restaurant, and after a decade in the kitchen, went back to the basics: to learn about ingredients. She spent three years collecting indigenous varieties of rice and presented them as culinary project, Edible Archives, at the 2018-19 Kochi-Muziris Biennale. “We all have edible archives in us; we’re just not aware of them. The only way to save (and savour) those memories is through taste,” says Ghosh, who opened Edible Archives, the restaurant and research centre, in Goa last December. @chef_anumitra JL 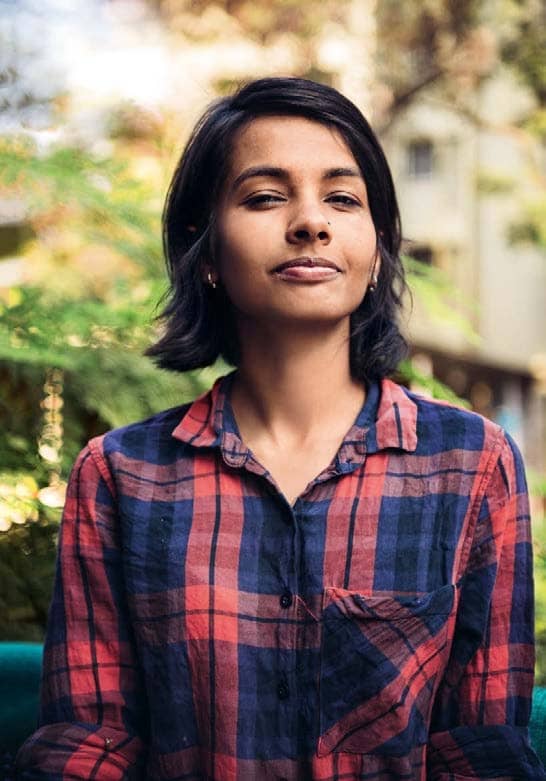 GAYATRI DESAI, 31, CHEF & COOWNER, GROUND UP, PUNE Inspired by the late Anthony Bourdain and his book Eating Viet Nam, Gayatri Desai quit advertising and backpacked through countries like Peru, Mexico, Vietnam and China to understand food and lifestyles. During her travels in Maharashtra, she learned the tricks of home-style cooking from villagers, watching them source vegetables from their farms to prepare meals. All her experiences together nudged her to open her own space with partner Rohan Hastak in 2019. Ground Up’s philosophy involves food that’s made in-house, from scratch and using local ingredients. @gdesai89 RR 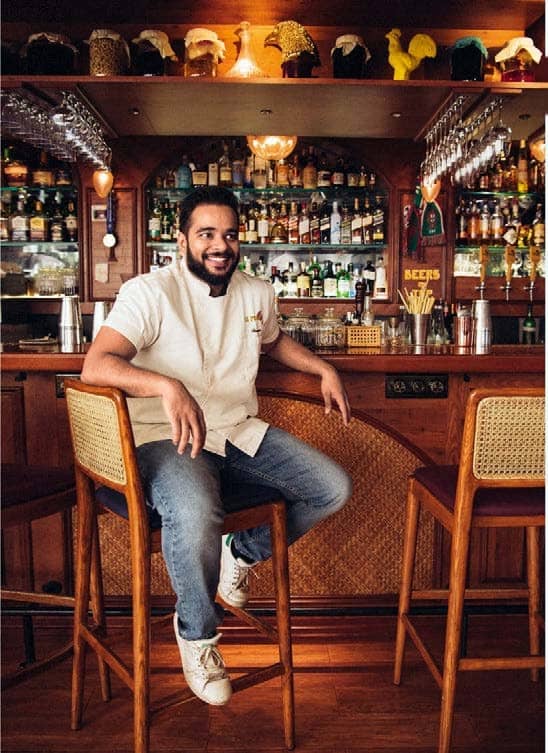 HUSSAIN SHAHZAD, 32, EXECUTIVE CHEF, O PEDRO, MUMBAI An alumnus of Welcomgroup Graduate School of Hotel Administration and The Oberoi Centre of Learning and Development, Hussain Shahzad adds inventive elements to the traditional flavours of Goan-Portuguese food. He was leading the meat station at Eleven Madison Park, NYC, when Chef Floyd Cardoz asked him to join The Bombay Canteen. When TBC’s parent company Hunger Inc decided to launch O Pedro, Shahzad was chosen to helm the kitchen despite not knowing anything about the cuisine. “I had to establish a flavour bank and use Goan techniques lost over time,” he says. “I always say, (Eleven’s) Daniel Humm made me a better cook, but Floyd Cardoz made me a better chef.” @chefhussains RBS 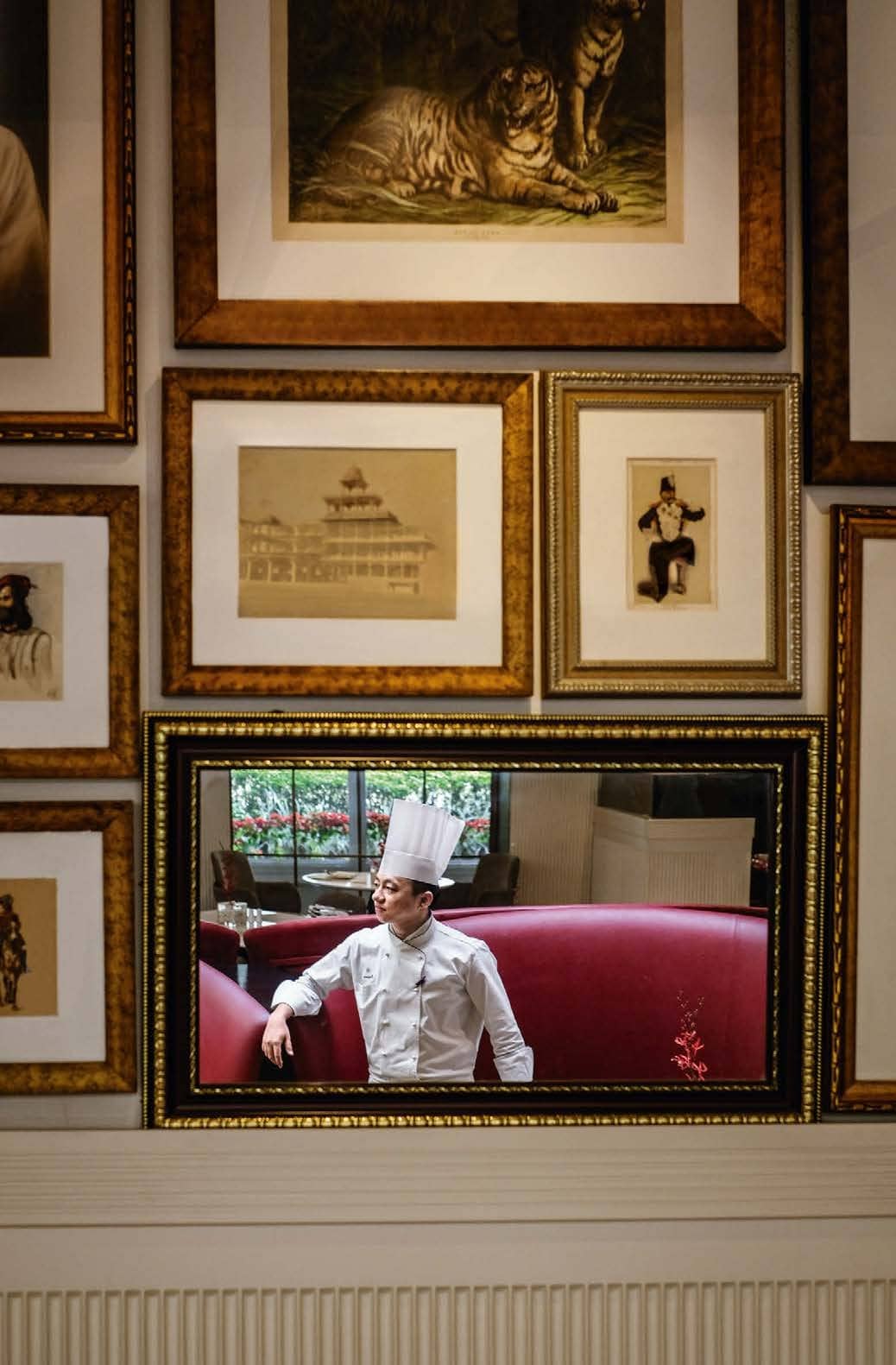