Power To The People (Please) 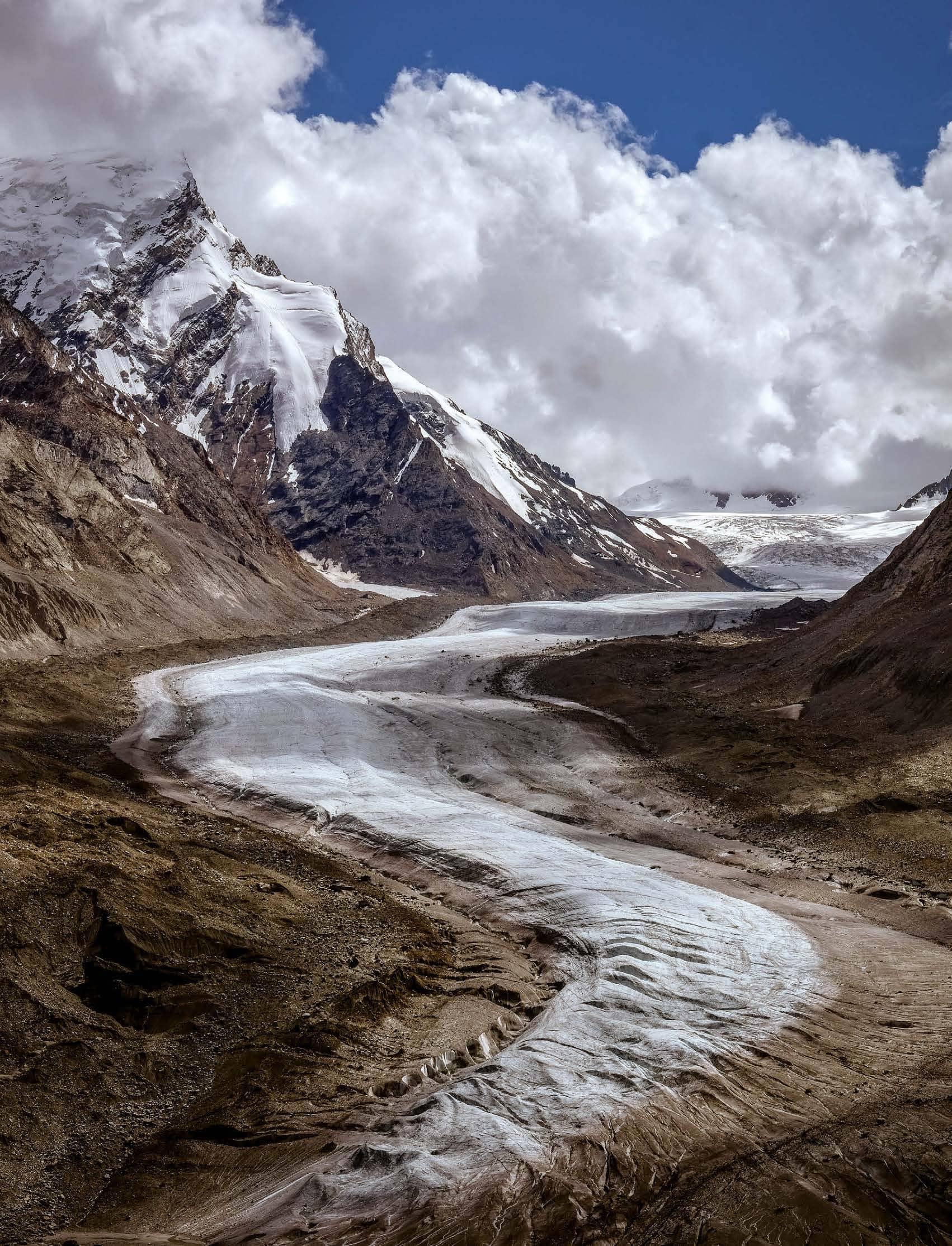 From the air, through the slightly hazy filter of the aircraft’s windows, Ladakh looked like endless watercolors that refused to be framed by the horizon. On the ground, at 11,500ft above Mumbai, the painting was clearer but had acquired gentle waves, the mountains swaying slightly. Or it might have just been me feeling light-headed.

Altitude does its mischief without delay. It takes about a day and a half to get used to.

Our hotel was a short ride from the airport, and Jaideep Bansal, Chief Operating Officer of the Global Himalayan Expedition (GHE), was waiting at the lobby with a bottle of water with my name on it. “Drink,” he said before I could say, “Thank you, nice touch.” I drank. And craving a hot thukpa, I asked what was for lunch. Jaideep said the local food was unsuitable for visitors the moment they landed; it was “very heavy”. 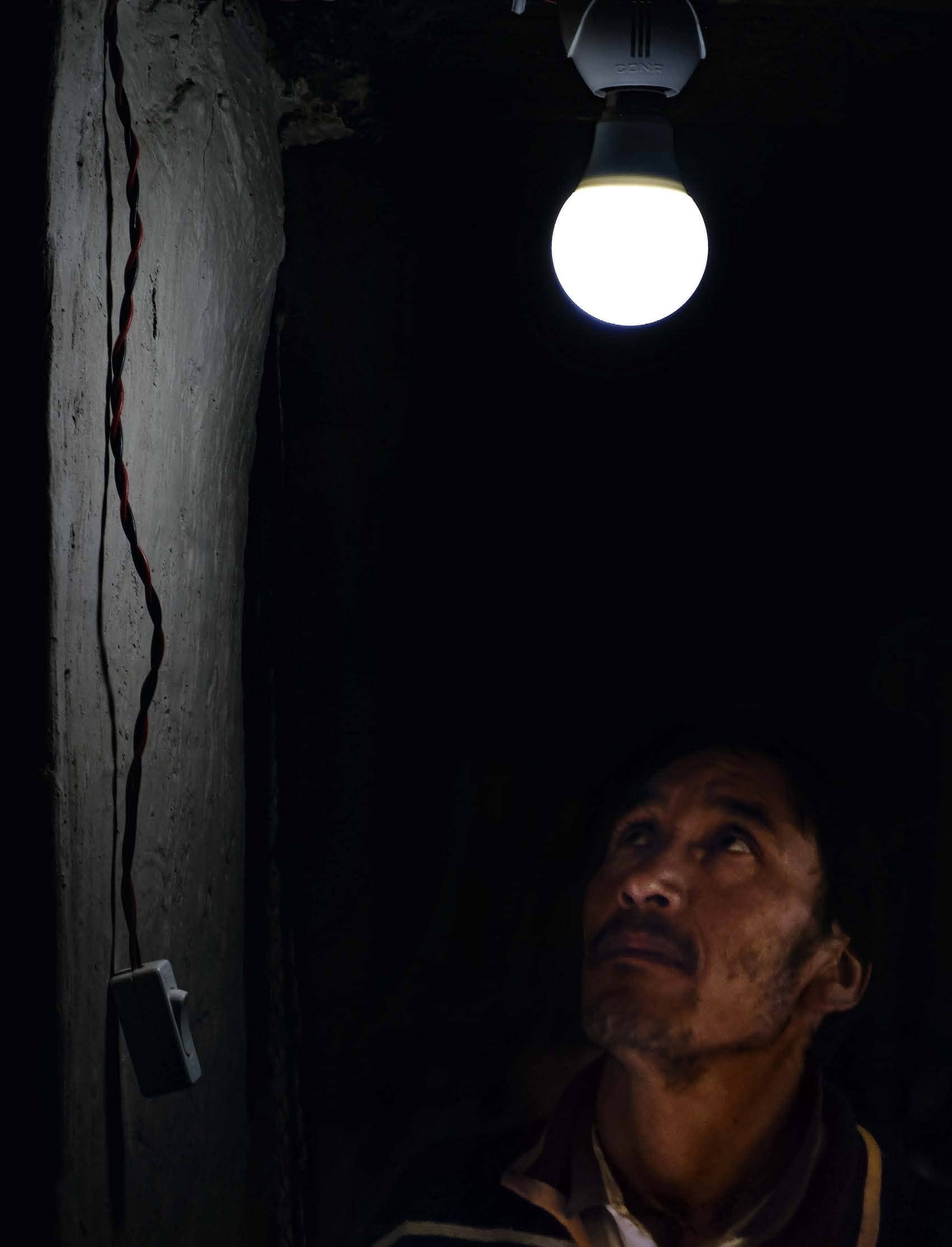 Next followed briefings about the mission. The primary reason why 11 people from six countries (France, Germany, Italy, the Netherlands and the US state of Texas, which has its own flag) had decided to walk, work and pay for this mission was the idea that they would trek to a village that has never seen a lit light bulb, that cannot be accessed except on foot, and “bring the villagers from darkness to light”.

Our village was deep in the Zanskar Valley. Without argument, one of the most beautiful places on Earth.

The idea that one can do that much good while on what would otherwise be called a holiday is tremendously attractive. Even at a price of US$3,200 ( ₹2,27,000) a person. Hence the 11 subscribers.

Somehow, authors Rudyard Kipling and Mark Twain both came to mind simultaneously as we headed west two days after landing.

Out of my window, the scenery moved by. I will leave all the purple prose that might otherwise have taken up space in the natural dyes of Roerich’s paintings. But I will say this: you can’t ‘whizz’ past mountains. The scale is just too great. The mountains define the pace at which you pass them. All you can do is watch—and close your mouth when it’s behind you. And open it again for the next one. And enjoy the journey with quiet gasps of breath. 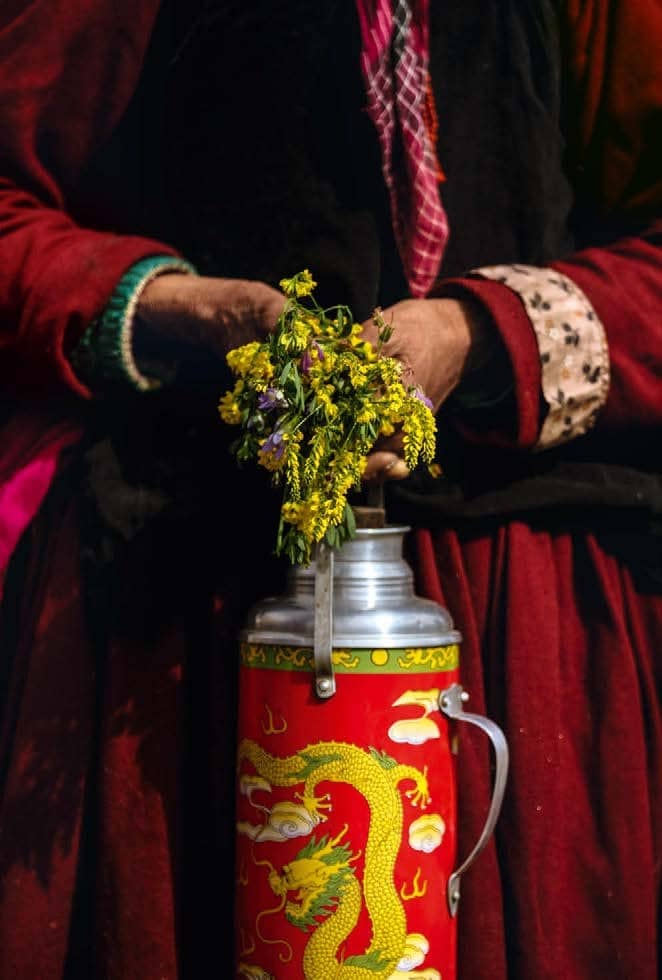 This is what was happening in our car. But in the trusted Tempo Traveller (otherwise known as the ass-breaker), things were a little different. I may have forgotten to mention this, but this expedition was targeted at ‘future leaders’, and the age spread was between 22 and 60-ish. Which is to say, one can never predict who our future leaders will be.

At any rate, they were all in one tempo. And being asked, one by one, such questions as “what is the boldest decision you have made?”; “what is your greatest success?”; “tell us about your greatest failure”.

It was then, I suspect, that the mountains started speaking to me. I heard them slapping their icy palms against their foreheads and weeping dark mineral tears down their cheeks. They were quoting John McEnroe for some reason: “You cannot be serious!” (Alert— specifically, senior—readers of this publication will remember the line call-challenging, profanity-spouting tennis genius of the ’80s who immortalized the line.) 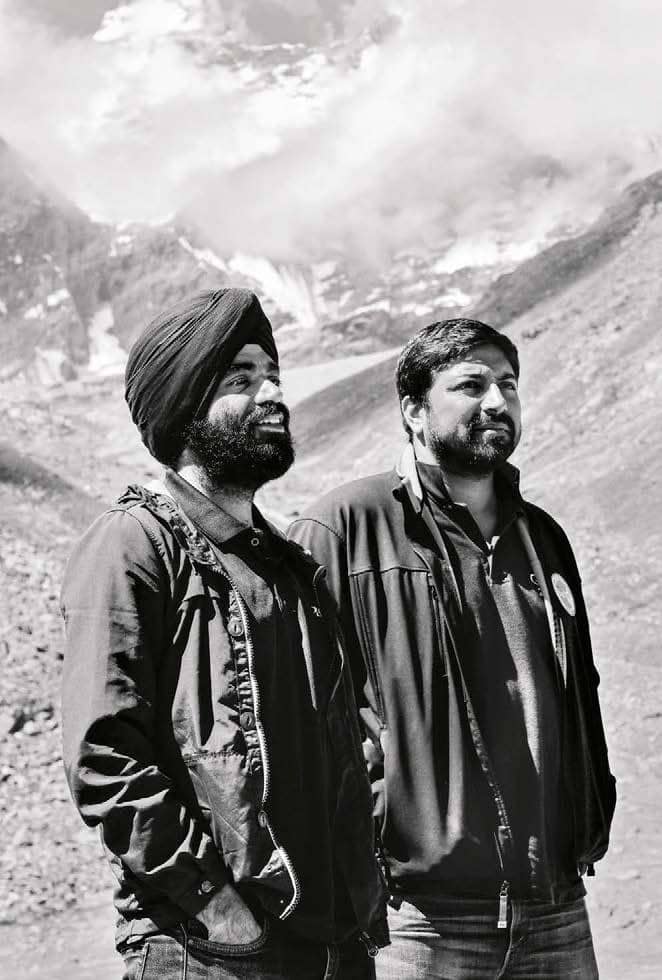 In our car, there’s some gasping, some exclamations, and some simpler questions: “Man…! Wow…! See the colors there… the shadows?”

In the front seat, Paras Loomba, GHE’s founder, allowed himself some ruminations. Already dabbling in homestays and astro-tourism (Ladakh has the clearest skies imaginable), he was now thinking of promoting marathons between two points in the Zanskar Valley.

I did a quick calculation and suggested to Paras that the route here was good for two marathons and not just one: start one at either end, so the contestants collide at the finishing line in the middle…

Stanzin Jigmet, a talented photographer from Mulbekh, a town close to Kargil and too bizarre moonlike landscapes that hypnotize tourists, was in the car with us. It was his job to document our expedition, and he was armed with a DSLR and a drone. Jigmet, who had so far been quiet, suddenly said: “And we could send the drone up when they collide.” The car shook with collective laughter, and it seemed to me that the mountains were speaking to Jigmet, as well. 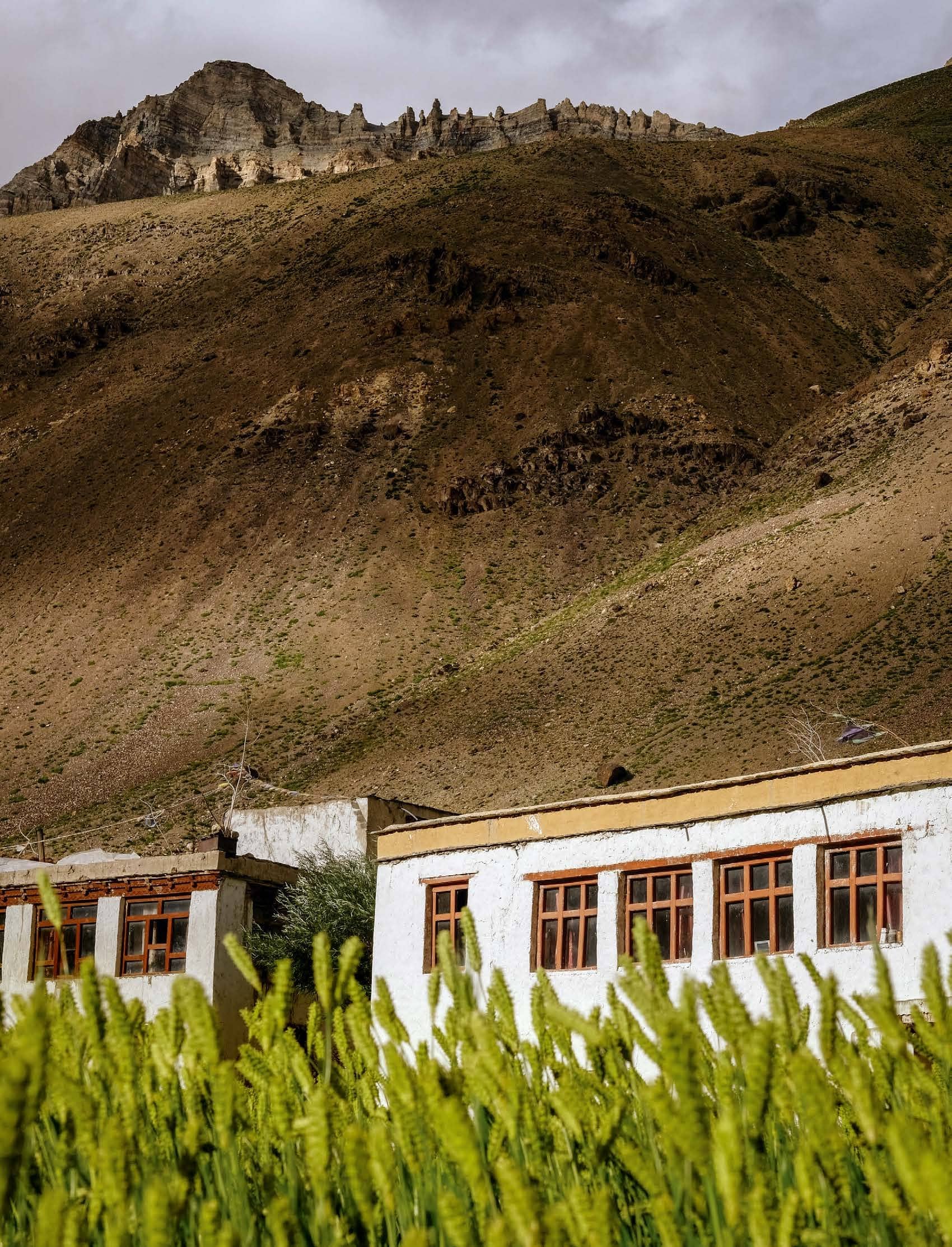 We arrived in Kargil, palpably different from Leh. The two always were, but the war in 1999 invested Kargil with a special tension and a lot more military. Tension that the sudden change of its status, to be part of the Union Territory of Ladakh rather than a district in Jammu and Kashmir earlier in the week of our journey, had exacerbated.

Independent Ladakh became a part of India in an unusual series of circumstances in the mid 19th century. The region was first overrun by the vassals of Ranjit Singh’s Sikh state. But in a matter of only a decade, the Sikhs— and all their territory, including Ladakh—were under the British crown and then India in 1947. Although it was in 1962, when the Chinese bit off Aksai Chin to the east, that Ladakh was cut off both economically and spiritually.

The ancient trade route to Central Asia was gone, as was access to the Buddhist learning centers of Tibet. Ironically, it took a foreign invasion to glue Ladakh to India.

However, a chunk of Ladakh, Kargil, is primarily Shia, which is why you see portraits of the Ayatollah on the walls of shops and eateries almost the moment you enter the district. It’s also why its population has a historically uneasy relationship with the Sunni-backed separatists of Srinagar. (Think Iran vs Saudi Arabia)