IN DOG WE TRUST 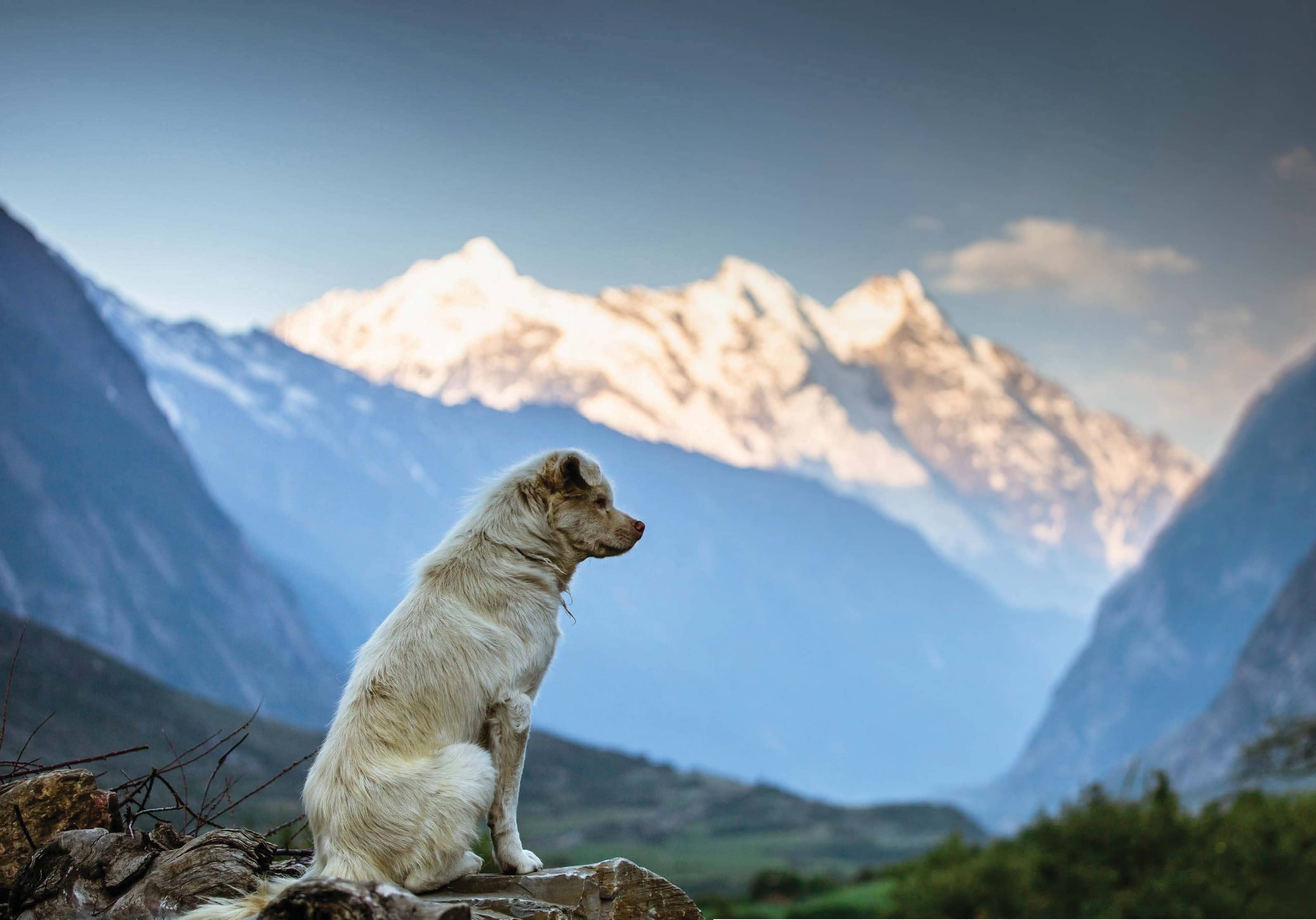 Chance encounters with friends in high places in Uttarakhand.

There were signs, but we missed them. First, a little shower of snow from the deodars. Then, a screech. Sounds of the forest—par for the course. It was a bright February morning when our little party of three set out on foot for Landour Bakehouse. The fledgling wasn’t keen on getting his shoes dirty, preferred to perch on my shoulder. The Bakehouse is barely a few bends away, we were told. Sun dappled through the forest, the breeze blew in the scent of pine, and unless you slipped on the day-old snow and cracked a hip, nothing was going to spoil this perfect morning.

We had walked past the crossroads when he slithered down the mountainside. The first of the lot. Before I could look for a stick, came Monkey No. 2—this time, up from the valley on the left. Just the previous evening, we had a close brush with a snarly pack near Chaar Dukaan. A kindly local had scared them off. But we were alone now. We had to think fast—turn back or proceed. With no snowshoes and a child in tow, retreat seemed the safest option. We swung around and there he was: No. 3. It was an ambush. The bakery was a few hundred metres away, but on that snow, running could mean disaster.

With three routes shut, there was only one way out. We swung back and there she was—walking up from around the bend, slow and sure, with all the menace of monkey Mafiosi. Now the foursome were creeping in, ready for the kill—or whatever it is that monkeys do with tourists. One at a time, I thought, as I turned around to face the first within kicking distance.

Then, there were sounds. First, a crush of the snow, then gnarls, then barks. Four mountain dogs came tearing through the snow bearing fangs of death. Within seconds, the scene changed. Two rascals scampered up the trees. The third slithered down the valley onto a roof. The fourth—clearly the ringmaster—briefly put up a fight and then shot out of sight. It was all over.