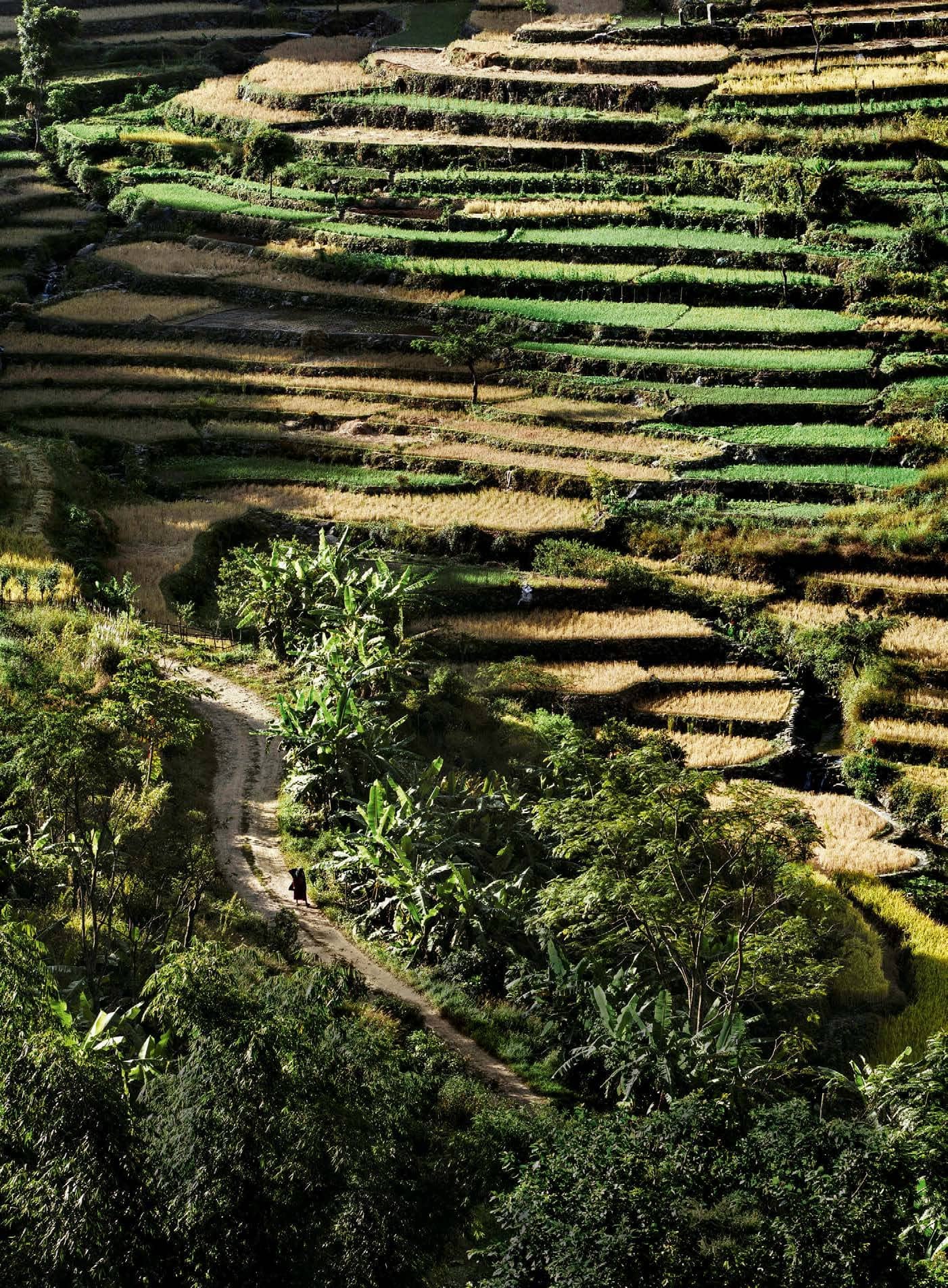 VIVEK MENEZES
Morning arrives in a disorienting rush in Khonoma village, nestled deep in the Angami hills of Nagaland. Inflexible officialdom imposes Indian Standard Time in the region, so dawn breaks in the wee hours and immediately brightens to searing sunlight. There’s more confusion as you tumble bleary-eyed onto the terrace, only to be confronted by one of the grandest vistas in the world: impenetrable jungle peaks encircling the vantage point, with manicured fields in a jigsaw far below. The air here is shockingly fresh, the heavens stunningly blue. It feels like waking up in the Garden of Eden. 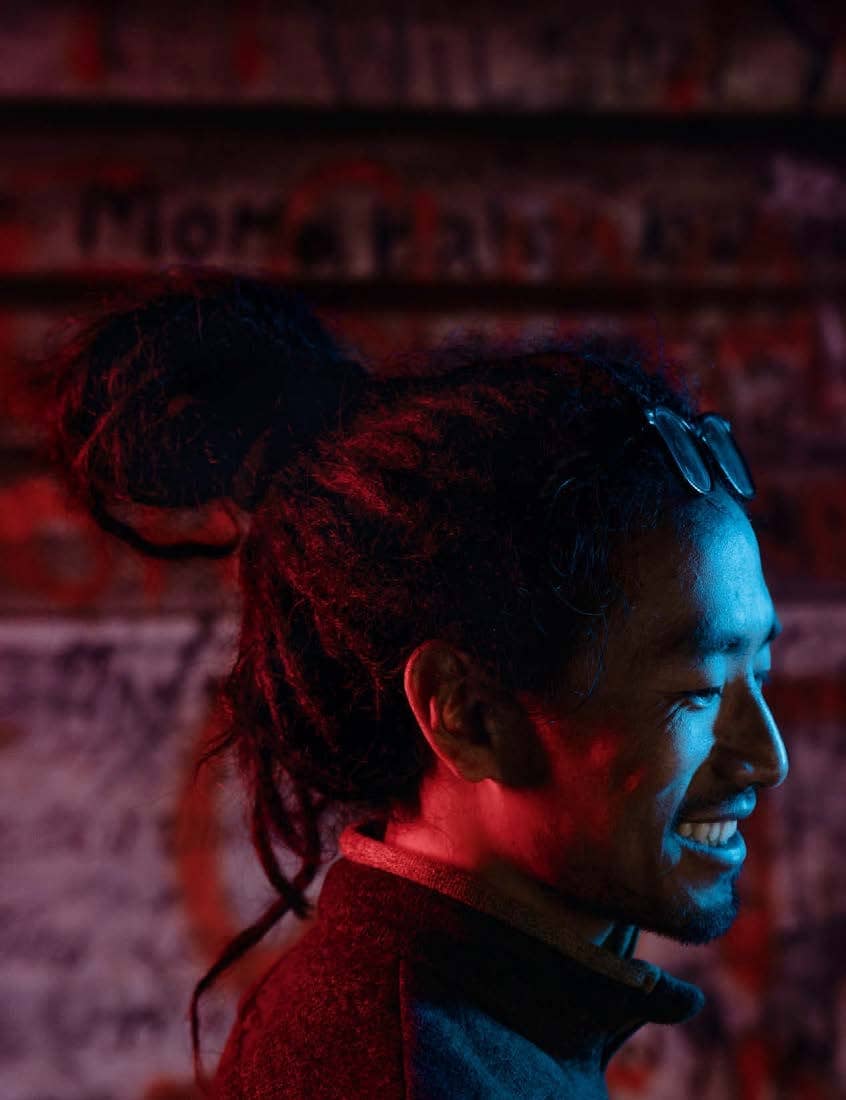 The paradisiacal atmosphere lingers throughout this tiny, picturesque Naga hamlet, densely packed with dollhouse dwellings perched high above the valley. You traipse enchanted along ancient stone pathways that lattice the hillside, past orchid-bedecked homes and traditional rock-hewn sit-outs set in a circle for easy communication. This is the famous clan living of tribals rooted deep in shared history but with an unexpected twist—underneath the rustic atmosphere, Nagaland is fast-forwarding a remarkable tryst with the modernity of global significance. 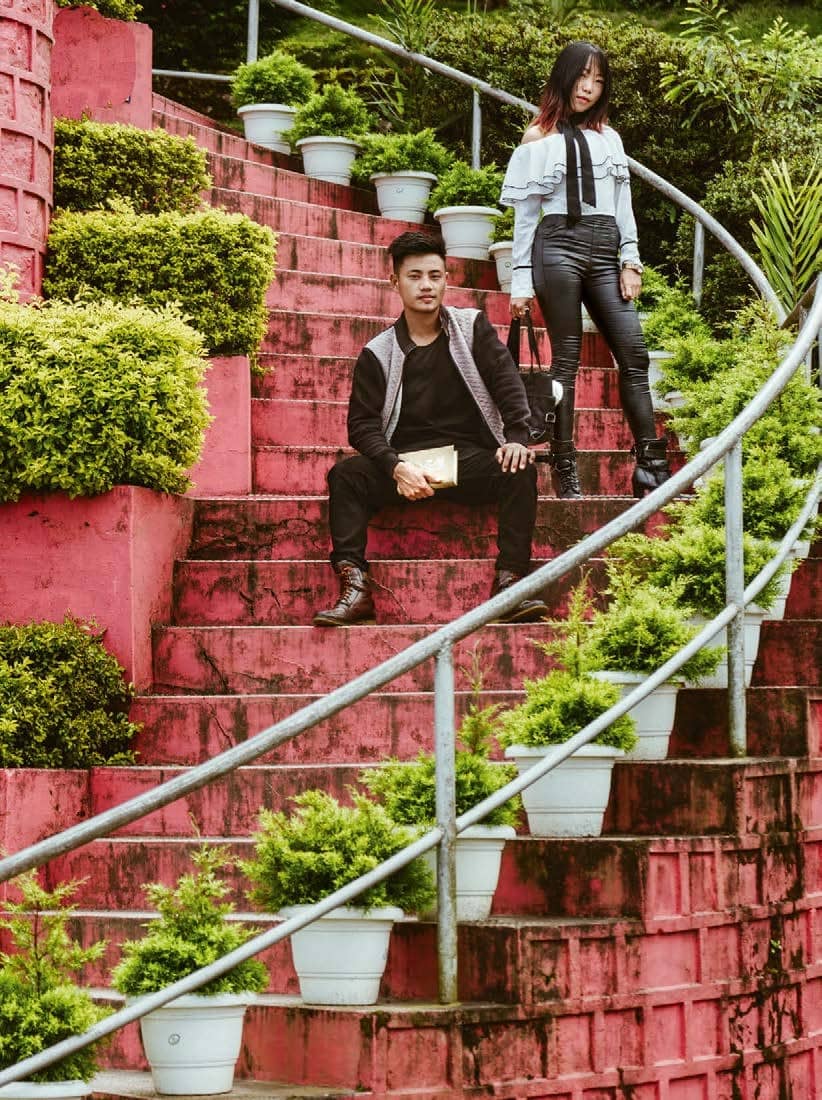 Much of this story is writ small in Khonoma, where nearly everyone still engages in laborious agriculture by hand in the fields of their ancestors while simultaneously pursuing education and other opportunities. In 1998, the village elders banned hunting and created the pioneering Khonoma Nature Conservation and Tragopan Sanctuary. Now, ministries in New Delhi proudly tout “The First Green Village in India” that has “global citizenry with an active self-identity”. 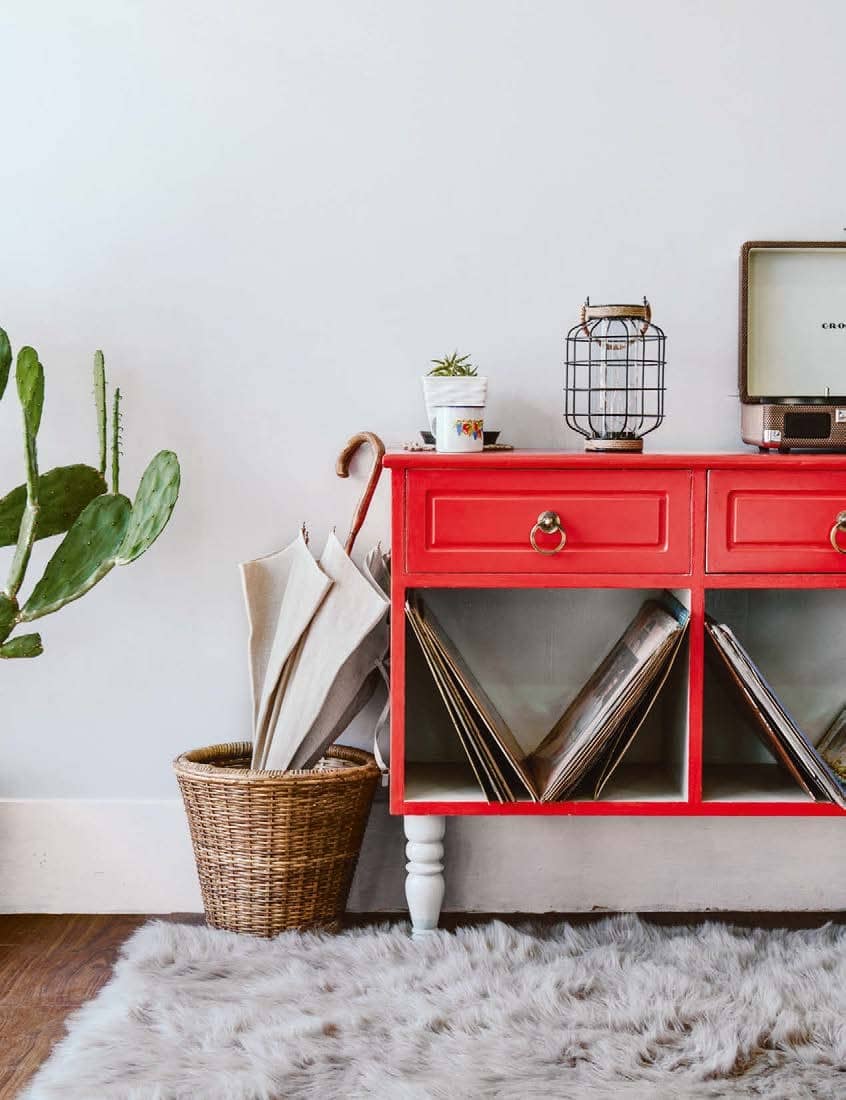 This statist pride is laced with irony, given how Khonoma’s self-awareness directly contradicts India’s nationalist aspirations. On the village, the outskirts are several monuments that spell out the obvious: “Nagas are not Indians; their territory is not part of the Indian Union. We shall uphold and defend this unique truth at all costs and always.” 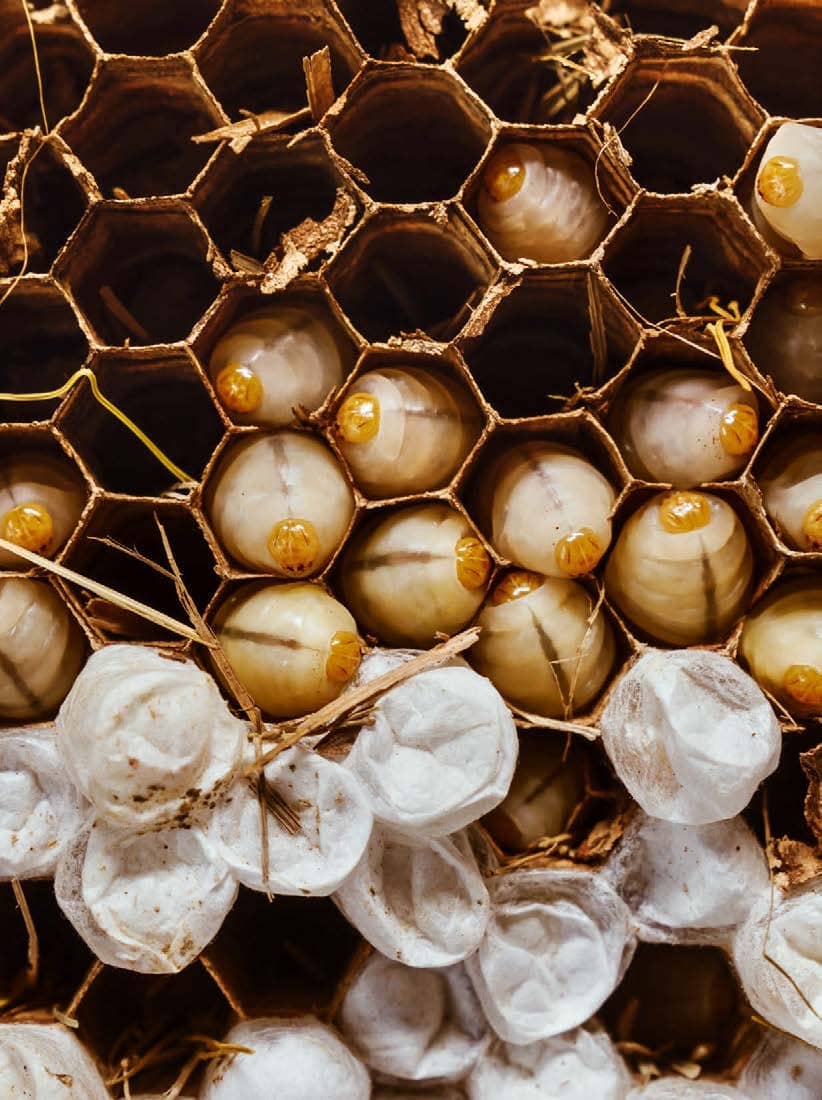 The most adamant proponent of this sentiment was Khonoma’s own Angami Zapu Phizo, the “Father of the Nagas” who declared independence for his people a day before India’s freedom from British rule at midnight in 1947 and spent most of his life tirelessly advocating for sovereignty. Some 2,00,000 Nagas died as a consequence of bitter hostilities with the Indian Army. 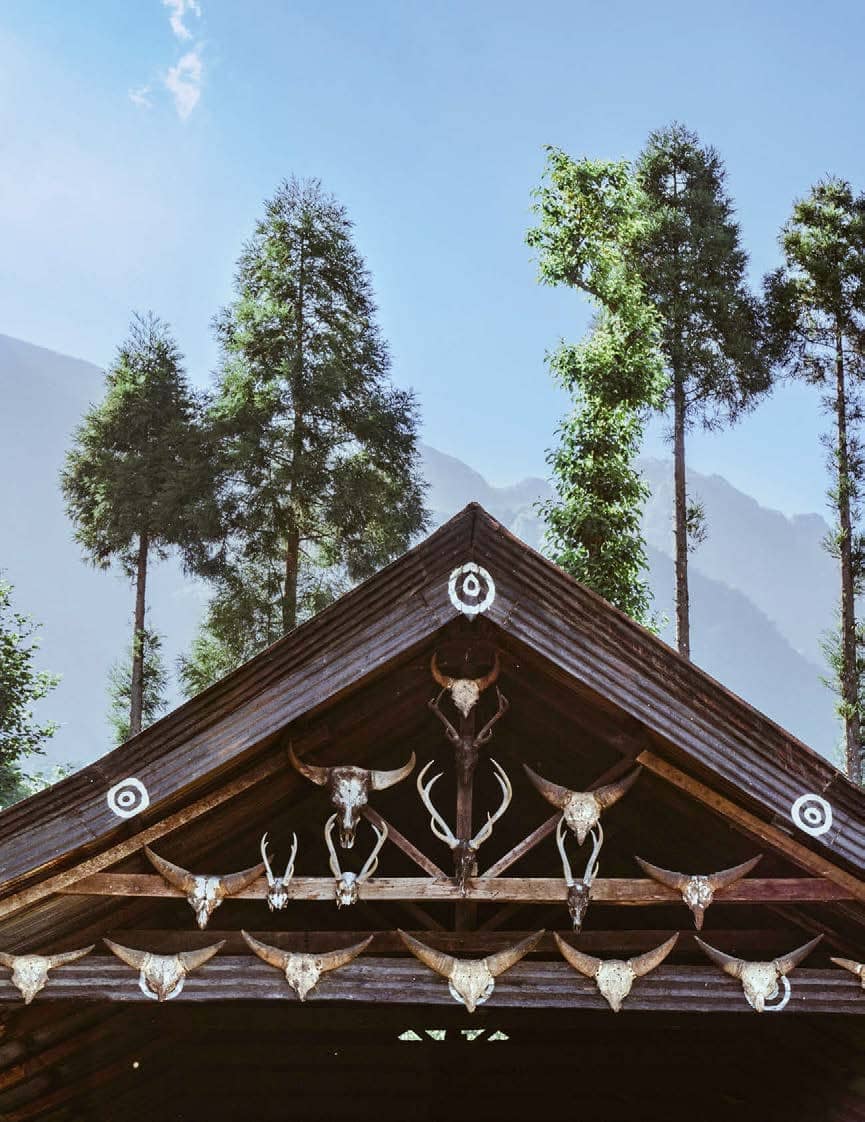 Everything changed with the first ceasefire in 1997. Next, the millennial generation of Nagas poured out of the state for education, but many are now returning to transform their home state with tremendous new energy.

All this is evident in Khonoma, where I stayed in the delightful chalet-like Dovipie Inn. The young manager here, Neizo Zhotso, casually straddles all the parallel worlds of the Nagas with great aplomb. One afternoon, he introduced me to 78-year-old Chayeivi Zhunyu—known as “the last hunter of Khonoma”—in his visibly ancient, blackened house with its roof lined with the skulls of the hundreds of animals he had killed. Chayeivi told me with great mystic resonance, “I hunt the animal, but the animal also hunts me.” 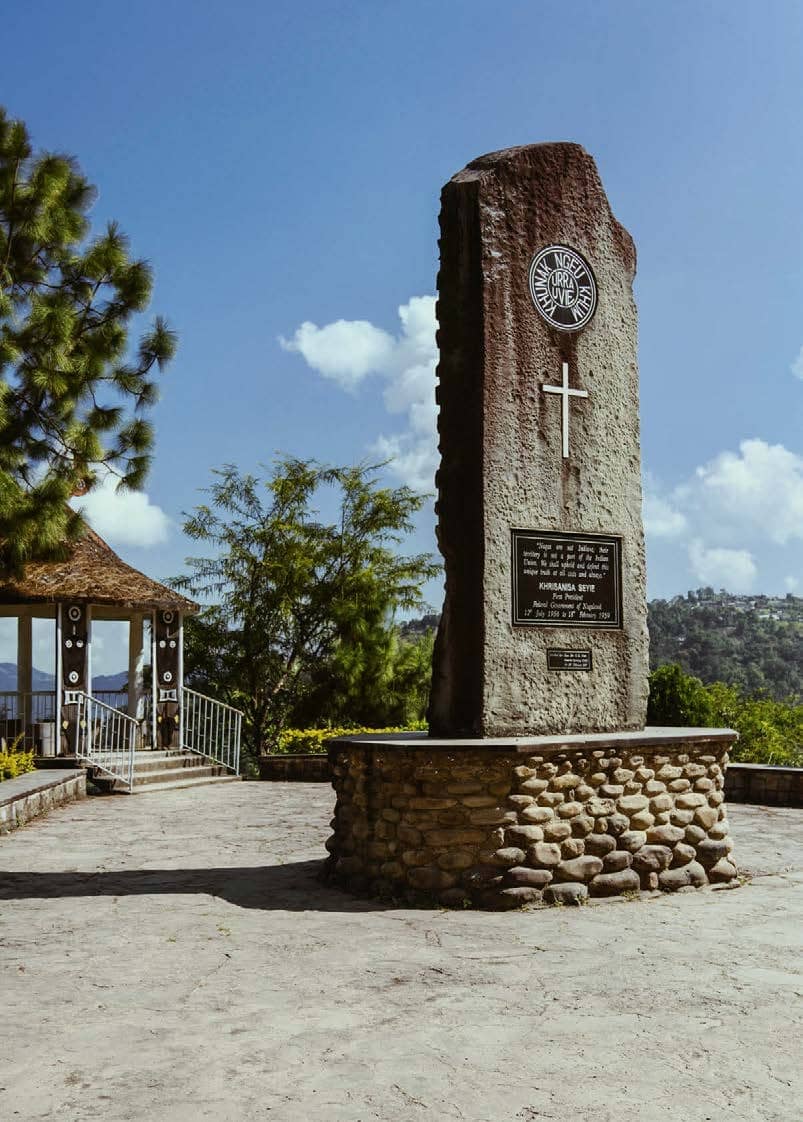 Immediately afterward, Neizo had me meet 31-year-old Sabrina Chasie, who told me she had shocked her entire clan by giving up meat. Here was the unthinkable made corporeal: a living, breathing, vegetarian Naga.