An Ode To Gulmarg 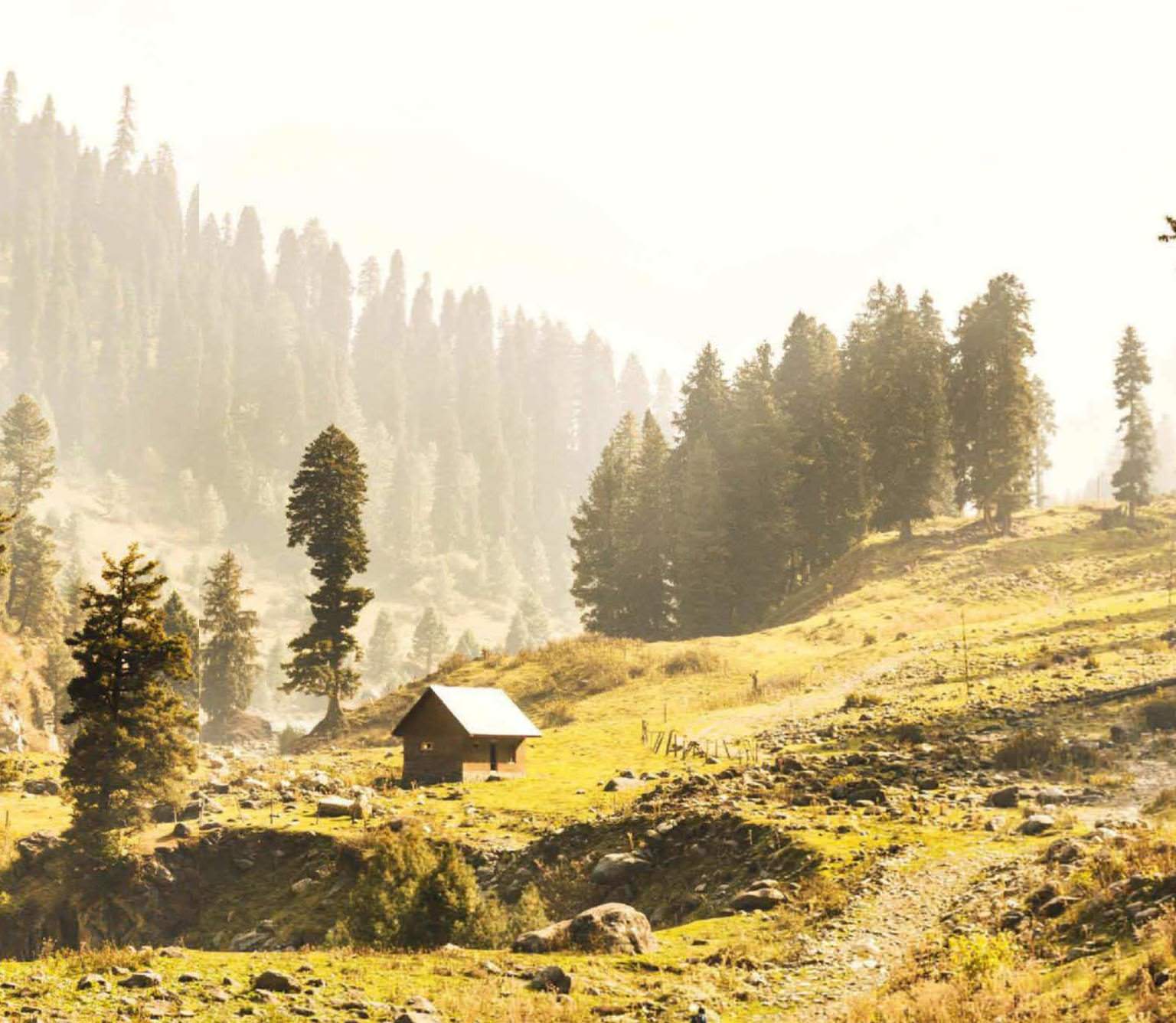 Having dreamed of it all her life, Padmaparna Ghosh finally ticks the Kashmir hill station off her bucket list. And finds, in its tall peaks and grassy meadows, all kinds of paradise.

It had been five hours since we began our three-day hike in Gulmarg, and I was sure we were on the wrong track. There was no other explanation for why we were so close to the warm, yellow lights of The Khyber Himalayan Resort & Spa, from where we had set off that morning. But it couldn’t be so, I thought, because Wali Mohammad Wani, who has been a hiking guide in the region for more than two decades, was leading us through Gulmarg’s famed meadowlands. Were they really so close by? The proof was unmistakable. Above us, cable cars glided up and down, ferrying tourists 13,000ft up Mount Apharwat. And below us, I could see the resort, sitting close to the gondola’s starting point. The sight of these gondolas ascending a mountain while you are attempting to climb it on your own can feel like an insult and a defeat. At that moment, hiking seems like a fool’s errand. I wondered whether to ignore the temptation of the modern technology that dominates natural landscapes and labour proudly up the slopes or succumb and join other out-of-towners on an easier ride up the glorious mountain.

To me, a fairly seasoned mountain walker, the prospect of a hike through the alpine pastures around Gulmarg, even if just for three days, was exhilarating. Despite obsessing about, loving and walking the Himalayas for 20 years, I had somehow never ventured to these high-altitude grasslands. Over the years, in my head, Kashmir had come to embody its nickname of paradise—breathtaking, but unattainable.

Truth be told, Gulmarg had been my conception of a highland haven before I had ever even stepped on a mountain, before photography was an everyday tool. So all I really had was my imagination and my mother extolling the magnificence of the valley. Not that my mother had been there either. It was a message that had been passed on from generation to generation—an imagined heirloom. In our collective fancy, Gulmarg had remained the nation’s definitive mountain destination. It was what we Indians considered the Switzerland of India—that ultimate compliment. 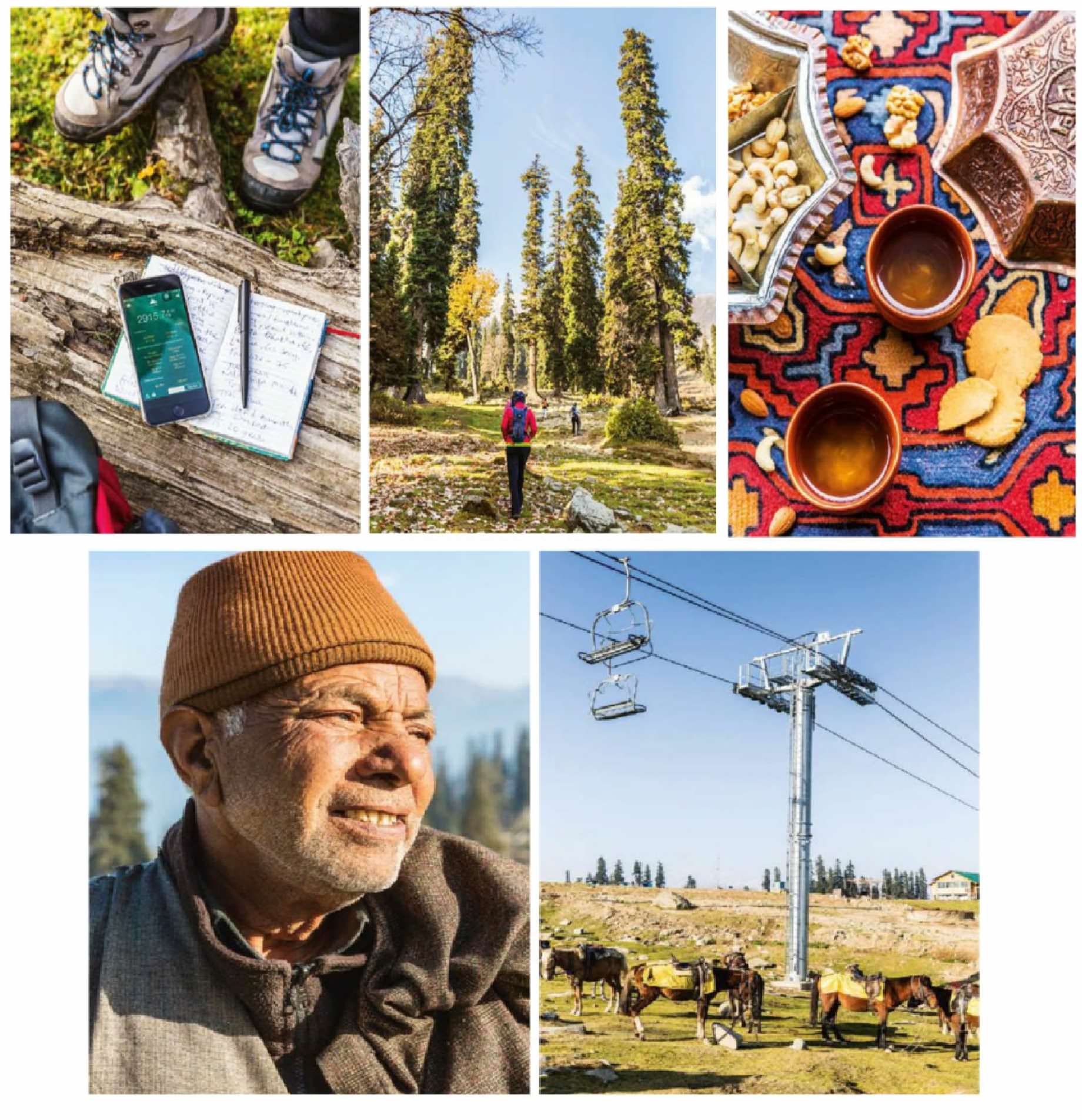 But standing here, watching the gondola, gazing at the bright lights of the hotel, the fantasy looked altogether too accessible. Our route that morning had started from Tangmarg, a major hub on the highway from Srinagar towards Gulmarg, and had then crossed the Drung River Valley and village. Passing by groups of children returning from school and goats foraging on the riverbed, we had climbed up to deserted meadows ringed by pine trees. 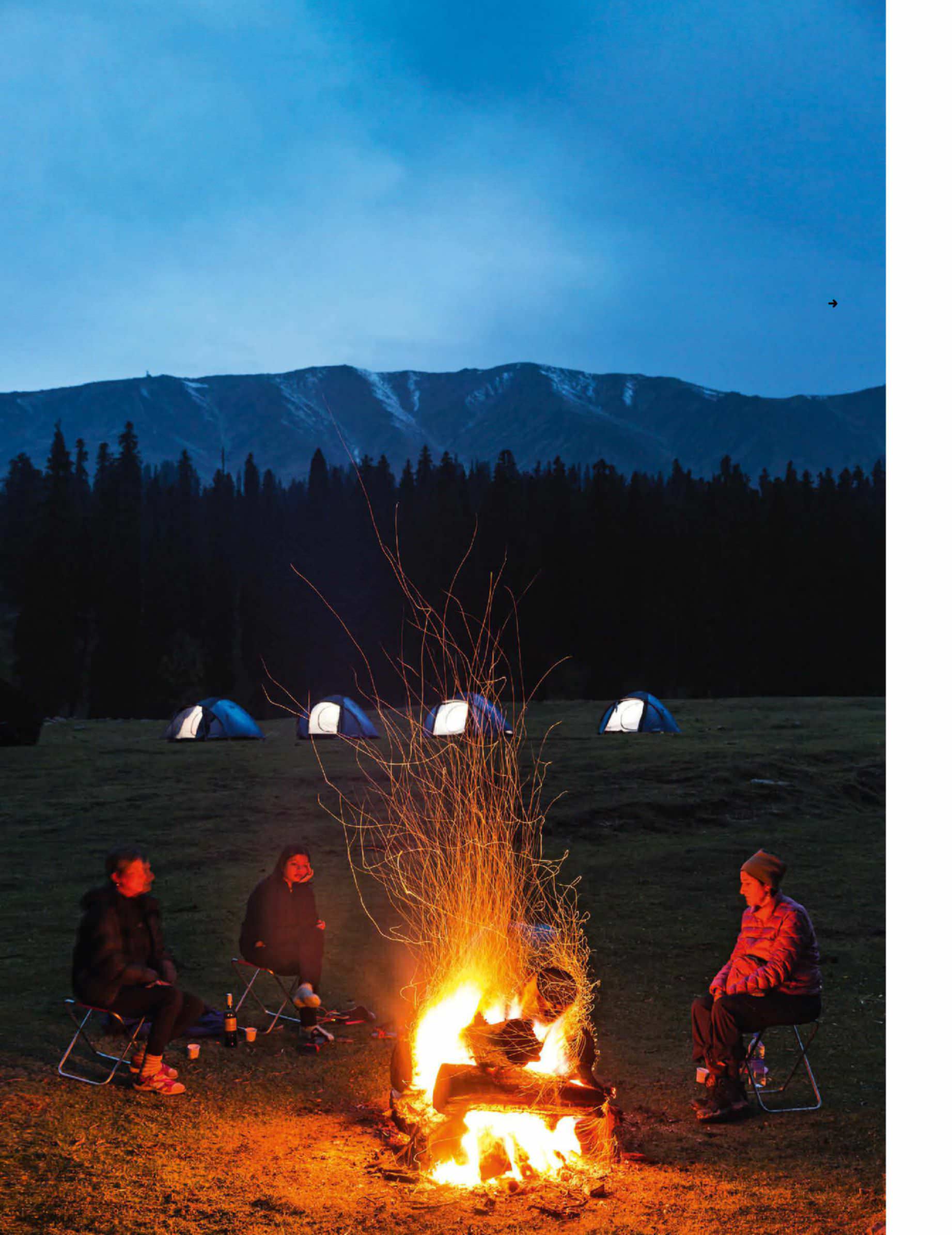