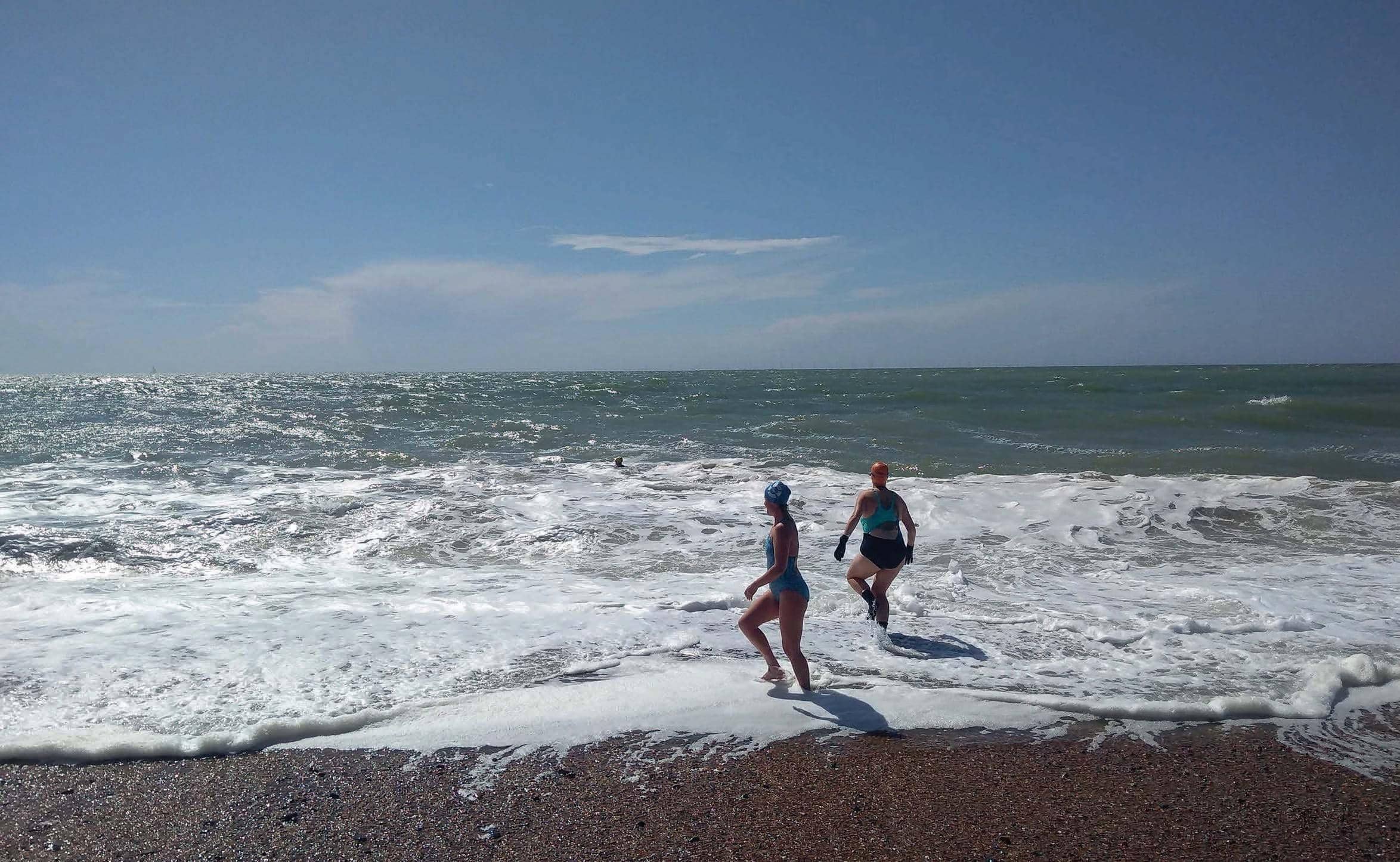 Gulls fill the sky above Brighton’s iconic piers and a couple miles away on Hove Lawns Beach another kind of flock is gathering on this blustery day. Calling themselves the Salty Seabirds, a dozen or so swimmers, mostly women, huddle against the sea wall. Their lively chatter and nervous laughter can be heard from a distance, long before their bright, funky sports robes and thermal swim caps come into view. 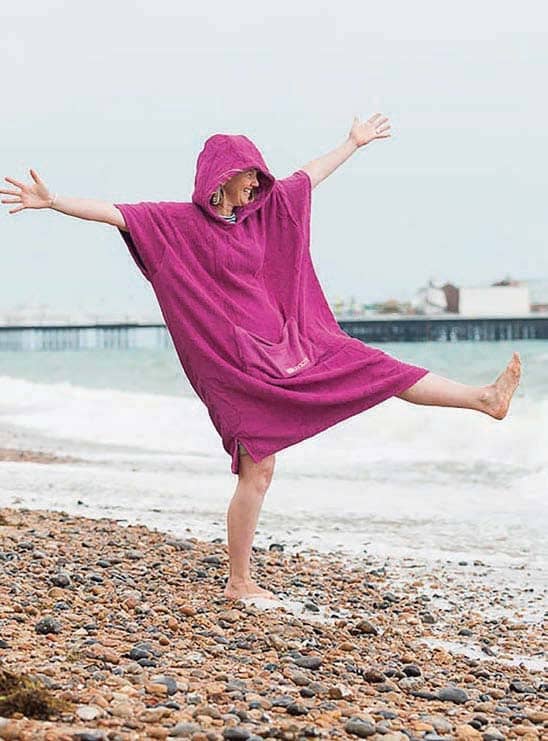 Everyone is waiting for someone else to go first. Suddenly one of them leads the charge. Stripping down to their swimsuits with giggles, squeals and Calendar Girls-style abandon, the rest of them dash to the water, the odd swearword escaping their mouths as they tumble into the freezing waves. They emerge 20 minutes or so later, invigorated, their skin glowing red from the cold. Changing at lMAKING WAVES ightning speed on the shingle beach before their fingers get too numb, they’re soon in woolly hats, gathered round Thermoses, exchanging hot drinks, cake, and a good gossip. 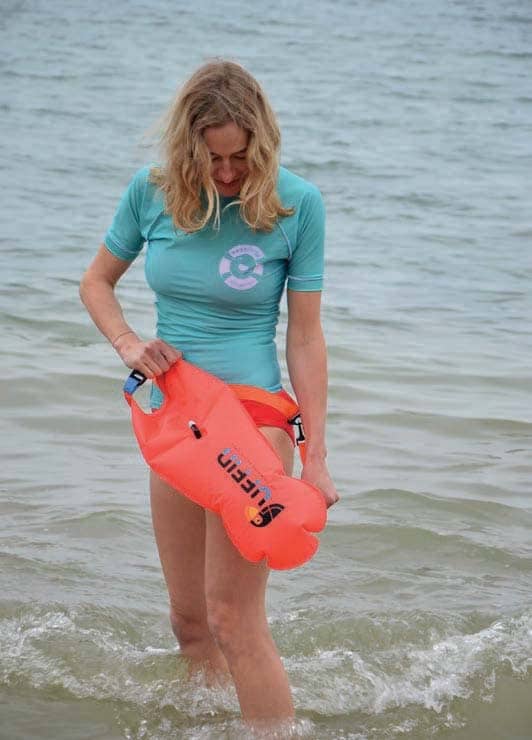 Salty Seabirds is a huge phenomenon. Its Facebook page has more than 1,000 members, and organises daily swims throughout the year on Brighton and Hove’s beaches. There’s also an associated online store (seabirdsltd.com), which funnels its profits back into water-based charities, including the Seabirds’ own Women, Wellbeing & Water initiative, a programme that introduces people with mental health issues to the benefits of sea swimming. 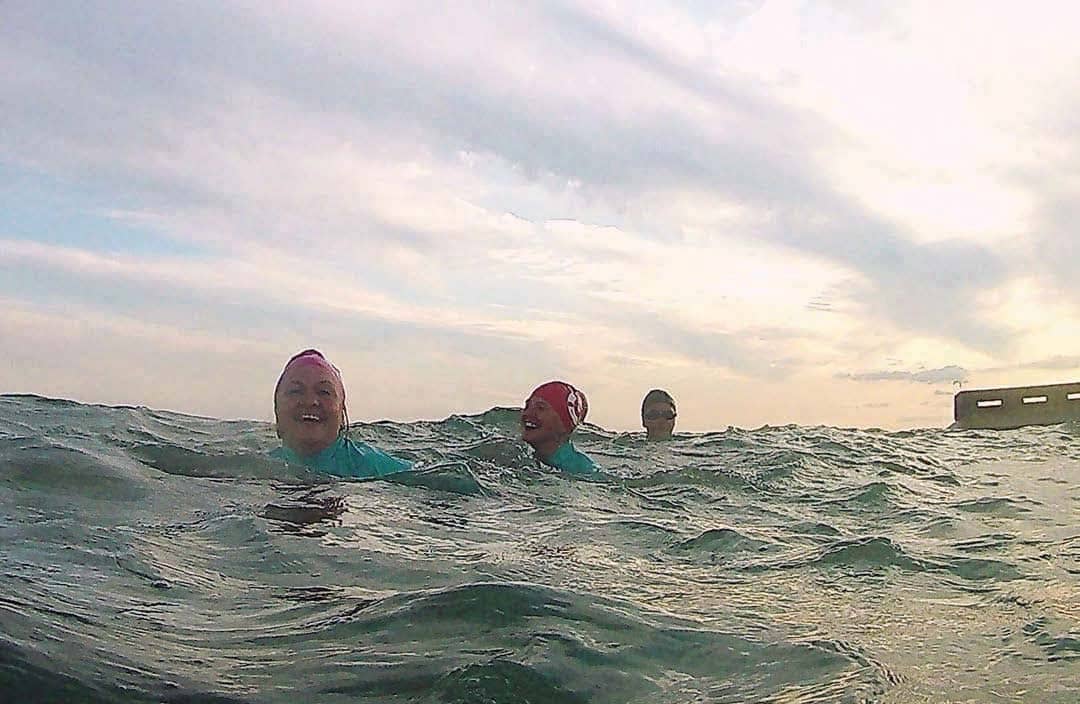 It’s a success story that founders and co-directors Catherine Brown and Katharine Ferguson could never have imagined when they first began swimming together in the summer of 2017. Stuck in an emotionally difficult place in their lives, having left jobs that had burned them out, the two women found themselves with plenty of free time and in much need of solace. While their kids, now aged 17, 14, and 11, attended Brighton Surf Life Saving Club on Saturday mornings, they, together with other mothers from the club, decided to take to the water themselves. ‘Soon we were swimming through the week as well,’ recalls Kath. ‘It was a form of self-care.’ 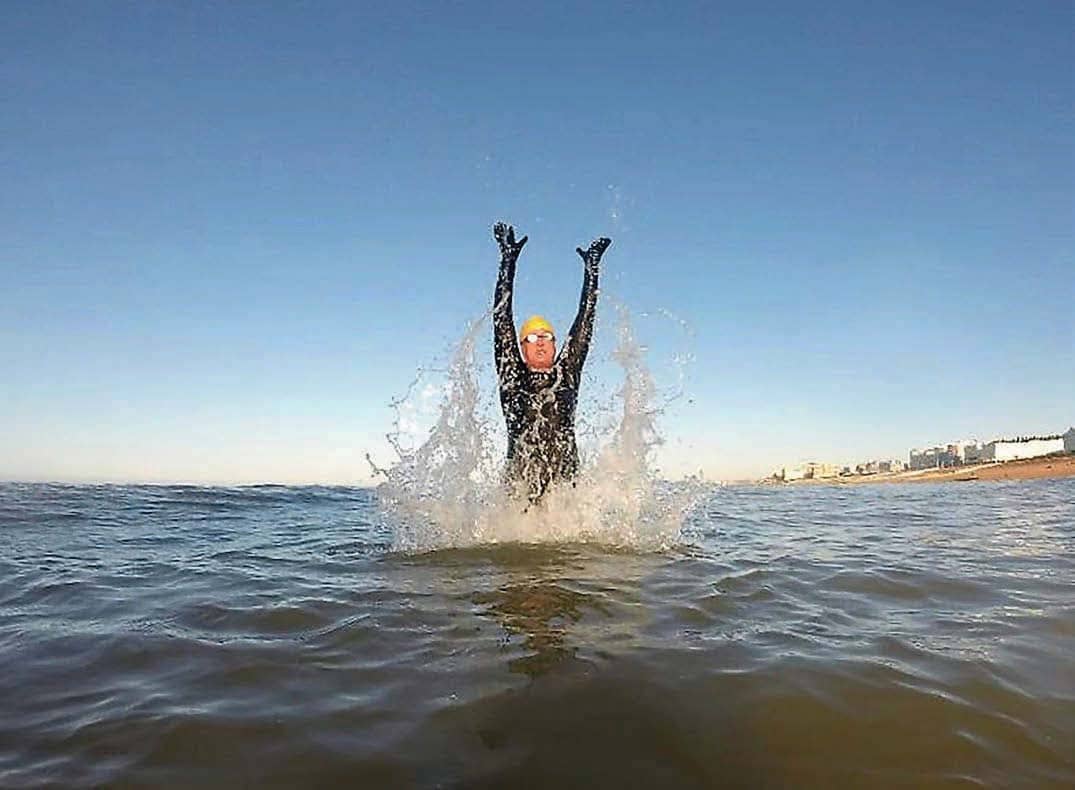 MORE STORIES FROM COASTView All