Leave The City Behind 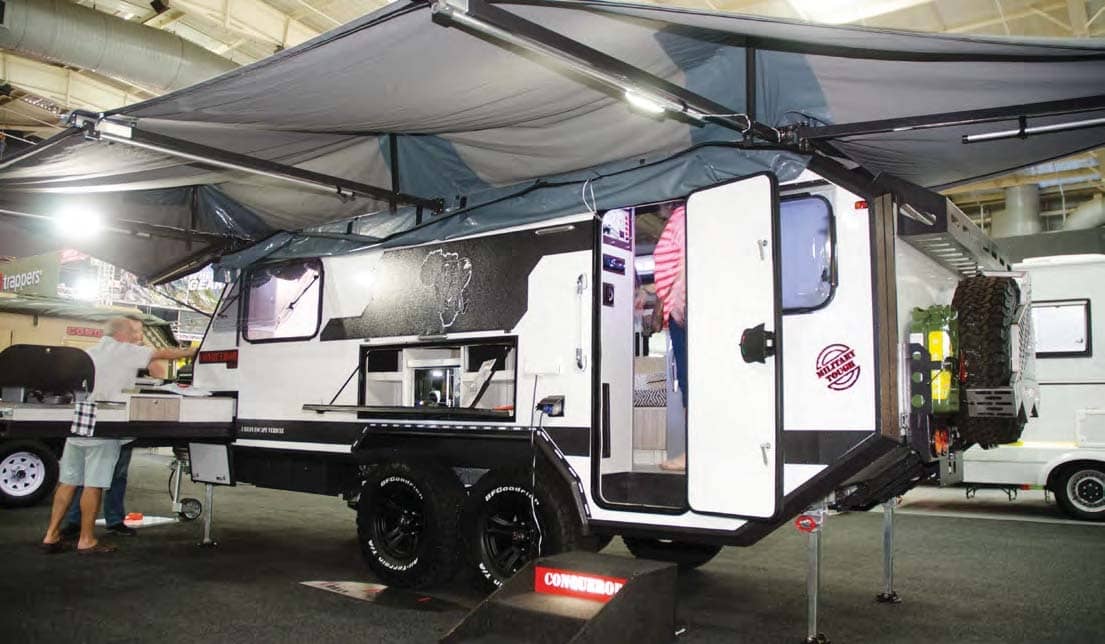 Conqueror were one of the most anticipated new caravan launches of the Caravan Camp & Destination Show, and they did not disappoint.

The UEVs are built for going off-road with independent D-arms with coil springs and double shock absorbers. All have slide-out bedrooms, pop-top roofs, and outside kitchens.

These units are prototypes, and we can expect a few changes and modifications before the final versions are released.

The smallest in the new range is the 2-berth UEV-13 pop-top. Entrance to the unit is from the back, and inside you’ll find a bed to your right, and a whole wall of cupboards on the left.

Outside on the passenger side are two hatches. Behind the hatch located nearest the front is a slide-out kitchen and fridge/freezer area.

The hatch above the wheel folds down to create a work surface, and there’s packing space for groceries.