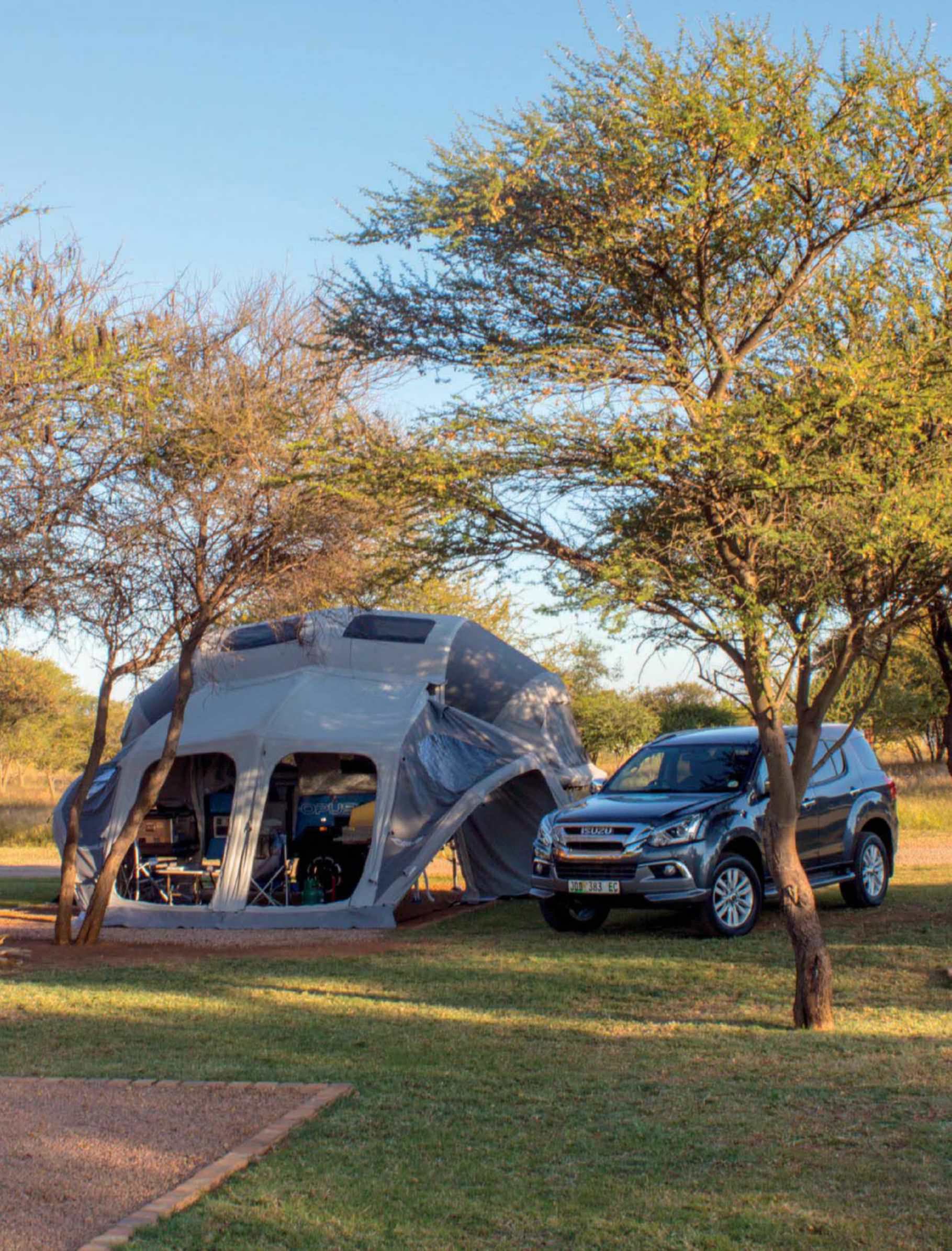 Now here’s a trailer tent with a difference – I spent two days getting to know the Air Opus Safari, and boy was it impressive. It is so different from the manually operated setup of traditional trailer tents, and quite ingenious in its design.

What makes it so special? Simply put, it has an INFLATABLE tent!

The built-in air compressor literally inflates the Opus’ tent in a matter of minutes, taking most of the effort that is associated with normal manual tent setups right out of the picture.

Opus camper trailers are manufacturer in Australia, and the original variants did not have an inflatable tent. While the fold open design is similar, the original Opus tent is supported by a number of aluminium “hoops” that require manual fiddling.

The new model, the Air Opus, self-deploys in about two minutes thanks to the onboard air compressor that inflates the “air beams”, which replace the standard hoops. 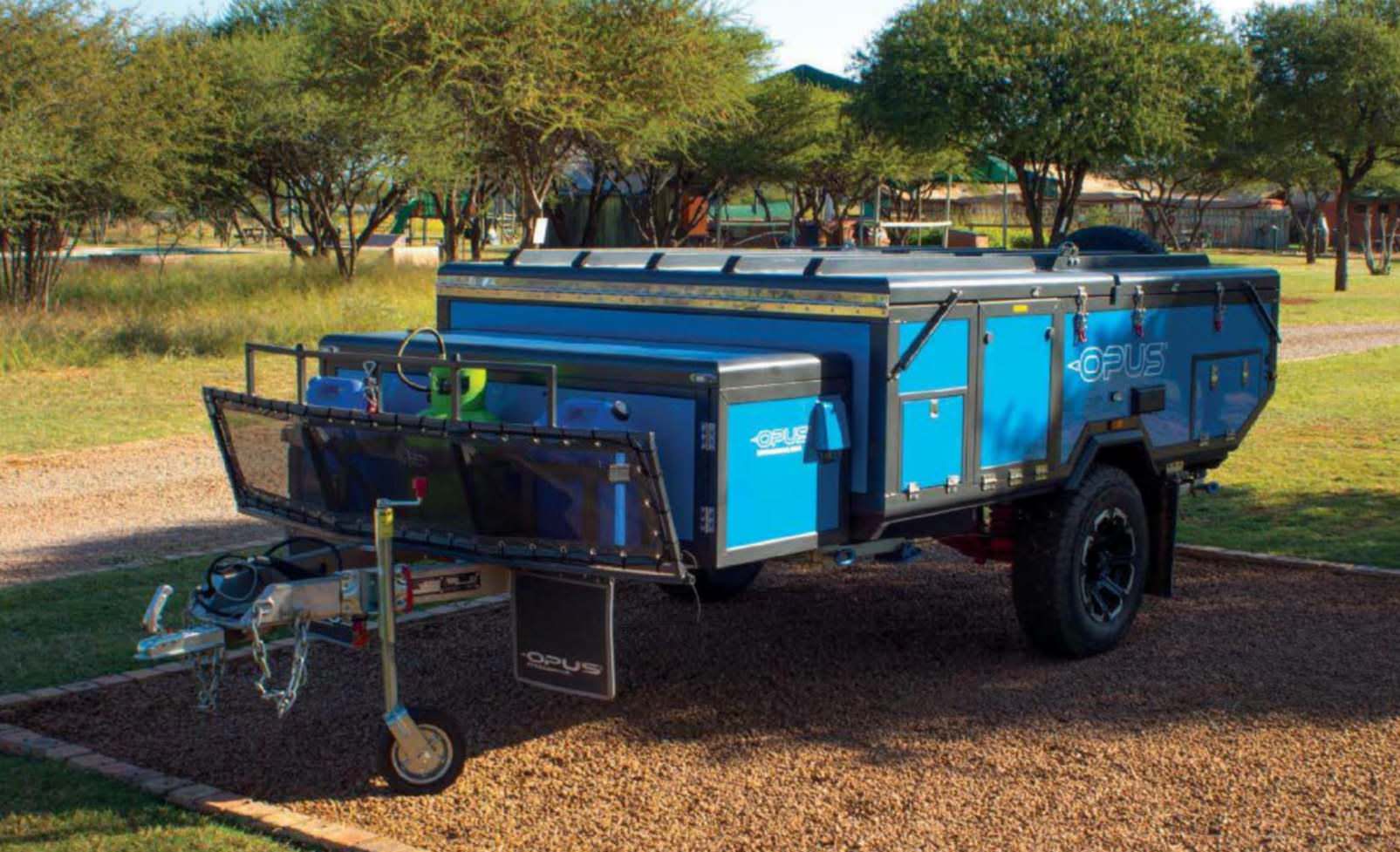 The Opus is clearly built to tackle off-road adventures. Starting right at the front, there’s an articulated poly block coupling, a hitch system that the manufacturer calls a “lock-and-roll articulating hitch”, which allows for pivoting and flexing.

The body is built rugged with a baked enamel finish over a main aluminium frame and composite panel exterior with a galvanized steel chassis.

The suspension is designed to go offroad with independent coil springs and dual gas shock absorbers on either side. The onboard water tank is protected by a 1.5mm checker plate below, and with 310 mm ground clearance, 15” alloy rims and off-road tyres, you can take on challenging terrains with ease.

A stone guard coated with anti-chip deadener is fitted as standard on the A-frame behind the jockey wheel. 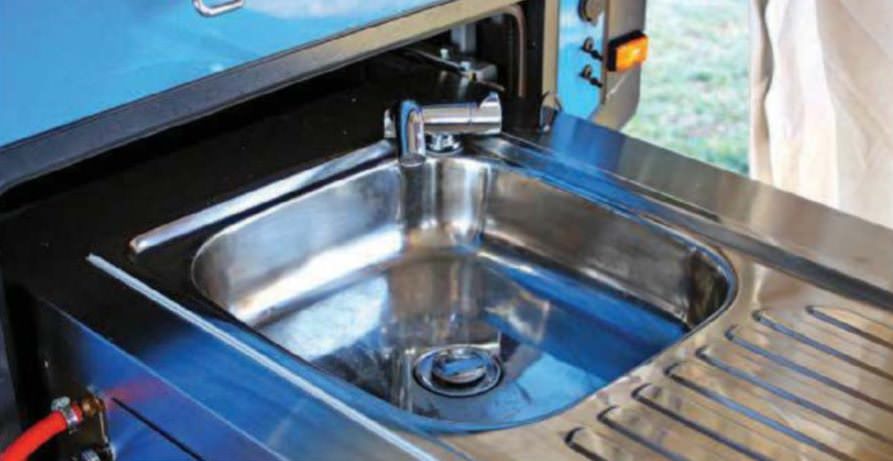 Behind the guard is space for two Jerry cans, as well as your gas bottle.

The front of the body has a large storage compartment stretching the width of the trailer (what would be the nose cone of a caravan). Inside is a fridge, which slides out (tray 880 x 540 x 450mm) on the passenger side of the Opus.

The hatch to the right of the fridge houses the electrical box, which contains easy-to-read volt and amperage meters, a 40A circuit breaker, individual water tank indicators, isolator switches for both water tank pumps, and resetable circuit breakers on all switches including lights, 12V power, fridge and compressor.

Next to the electrical box is a fold down step, which forms the entrance to the Opus when the tent is inflated. Above the wheel are three plug points.