The View From New York 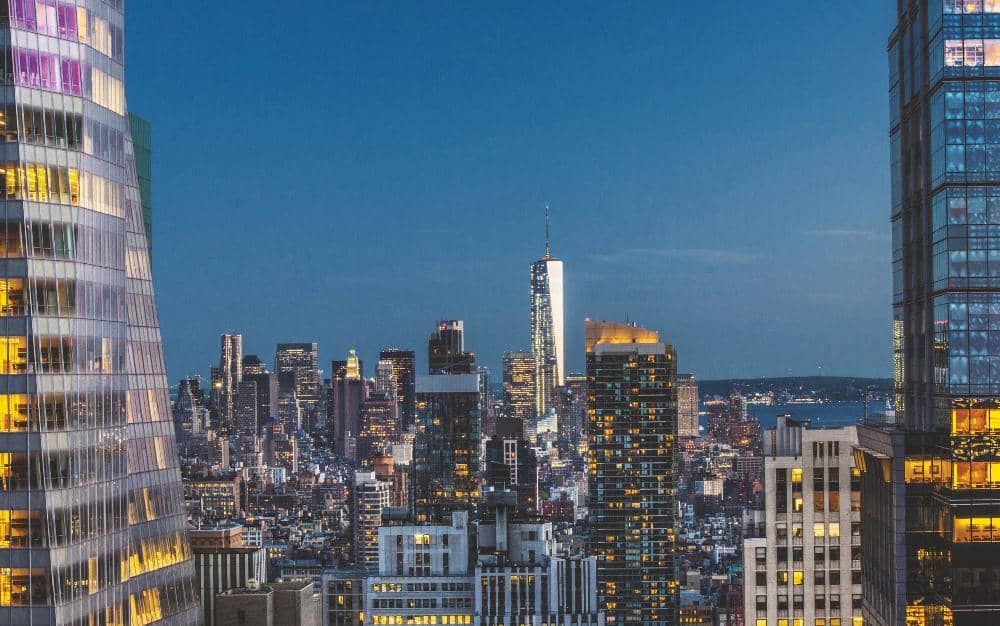 Manhattan’s hotel scene is experiencing turbulence, but when travel returns, visitors will have a host of new options to try out

Before Covid-19 brought almost all travel to a halt, we had a look at the latest in hotel development in New York City: recent openings, renovations, and future arrivals planned for the Big Apple. Welcoming more than 60 million domestic and international visitors per year in normal times, the city was on track to add 20,000 further hotel rooms, taking total inventory close to 140,000 by the end of next year.

The future is uncertain as New York deals with the devastating impact of the pandemic. We’re sharing the overview written at the time below, without estimates of opening dates for new arrivals, in the hope that it can perhaps provide some inspiration for when it will be possible to travel again. Note that some properties may be temporarily closed or access to some facilities may be limited at the time of reading. 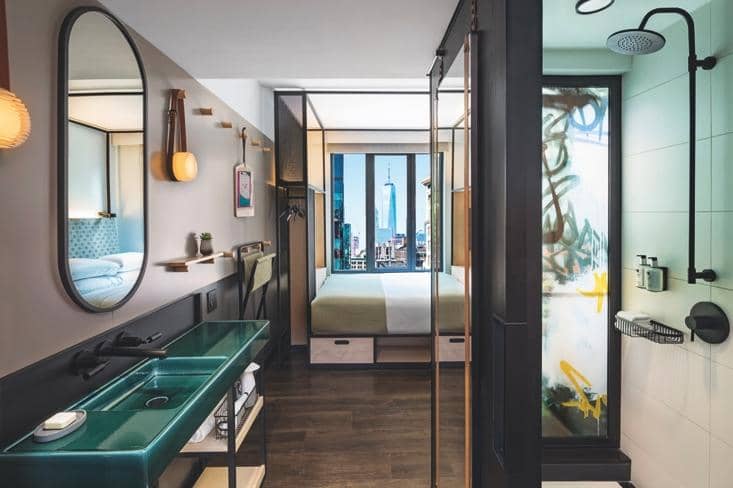 In the space of a few years, Marriott International’s millennial Moxy brand went from opening its first New York hotel in Times Square to having more than 1,200 rooms on Manhattan across three properties, with additions Downtown (298 rooms) and in Chelsea (349 rooms).

In September last year, it continued with a 286-room hotel in the East Village, each floor drawing inspiration from the surrounding area’s history. Rooms pack a lot into their footprints, and food and drink options include an all-day bar and café and a French-Mediterranean restaurant. Moxy properties in the Lower East Side and Williamsburg are due to follow in the next few years. moxy-hotels.marriott.com 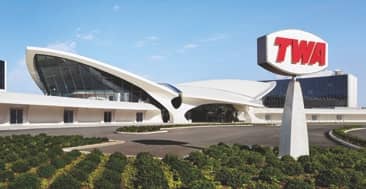 In February, Marriott also added the Renaissance Chelsea in a new 39-storey tower on West 25th Street with 341 rooms and suites. On the site of a former flea market, it’s the brand’s third Manhattan hotel. Art is a major theme, with video projections in the hallways and a two-storey installation featuring more than 2,000 antique knobs, locks and keys.

Still to open are Restaurant Cotto, serving Italian food, and Somewhere Nowhere, a rooftop lounge and bar with an outdoor pool. Marriott also has a Le Méridien under development on Fifth Avenue. renaissance-hotels.marriott.com 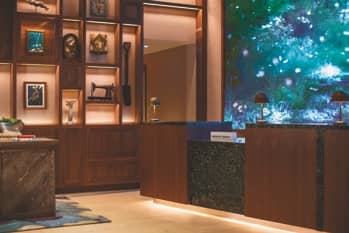 An office conversion two blocks from One World Trade Center, the Artezen opened in April last year. Its 89 rooms are decked out in a contemporary mix of greys, whites, blues and tan leather, and some have terraces. Its two-storey lounge and restaurant at the top of the building is still to come. artezenhotel.com