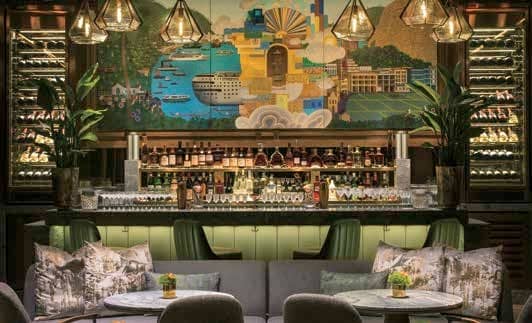 WHERE IS IT? In Hong Kong’s Wan Chai district near Wan Chai MTR Station, the Hong Kong Convention and Exhibition Centre, and Wan Chai Pier, from which you can take a ferry to Tsim Sha Tsui.

WHAT’S IT LIKE? The hotel was conceived as a private mansion and doesn’t have a very prominent entrance (apart from a waterfall beside it), but this adds privacy and a sense of mystery. At the helm of the hotel’s interior design is renowned designer André Fu, whose works in Hong Kong include The Upper House, Kerry Hotel and K11 Artus serviced residence in Tsim Sha Tsui.