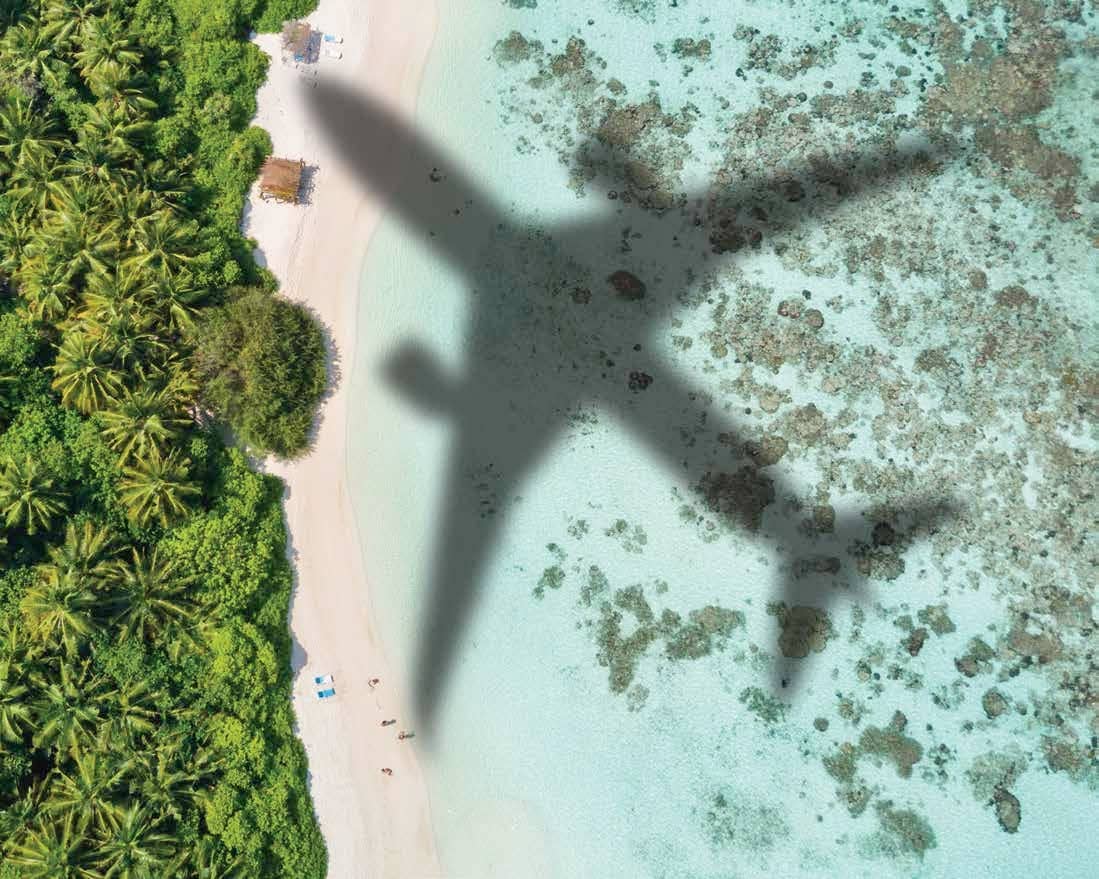 How does offsetting work and does it mitigate the damage caused by aviation?

By now, we’ve all heard that climate change is happening. Whether we agree that it should be termed a climate emergency or not, we will also be aware that it is being caused by human activities, and those include transport and aviation. Whether it’s bush fires, floods, melting ice or the extinction of species, the planet is warming and the vulnerable are suffering as a result. So what should we do about it?

Carbon offsetting seems to offer one answer, and is certainly one that the airlines are pushing, with Easyjet offsetting all flights since the beginning of this year, and British Airways and Air France offsetting domestic flights. There’s a catch, however, because – as with most complicated things – offsetting starts simple and quickly gets more complex.

First, the simple bit. Offsetting is achieved by calculating the volume of emissions from a flight. For every 1kg of jet fuel burnt in the operational phase of the flight, approximately 3.15kg of carbon dioxide is released into the atmosphere. Using one of the many different online calculators, you then pay to offset these emissions. Whichever programme you use will take your money and purchase carbon credits to that amount. Carbon credits are then used by projects – typically, planting trees – that reduce the emission of greenhouse gases.

The 3.15kg of carbon dioxide per 1kg of jet fuel quoted above is an average. Most tools now take into account the aircraft you are flying on, the distance travelled, the average wind speeds, the loading of passengers, baggage, and the cargo on the aircraft. Calculators use historic fuel consumption to derive a figure for carbon dioxide per passenger kilometre. They also take into account what class you are travelling in because the in-flight facilities provided for first-class, business class and premium economy differ from those in economy in terms of weight and space, so this is factored into the calculation.

International trade body IATA says that about 1 per cent of flyers offset their journeys, although in our own survey conducted on businesstraveller.com, some 18 per cent said they were planning to offset them. The money you pay then (eventually) goes to projects, such as planting forests, restoring peatlands, subsidising efficient stoves in Africa and helping poor communities in developing countries. It would seem, therefore, on the face of it, to be a good thing to do. But is it?

There are many arguments against carbon offsetting (and not all of them are made by climate change deniers). Here is a selection:

1. It is better to not travel at all. This is true if viewed narrowly on the question of carbon emissions, and the recent phenomenon of “flight shaming” has seen demand in a few countries slow slightly. Nevertheless, every estimate indicates that aviation is continuing to grow and so will make up a larger share of emissions as time goes on. IATA forecasts a doubling of passengers by 2036 to 8.2 billion, so no matter how much more efficient the aircraft become, that will still mean a huge increase in emissions. There’s also the small matter of business travellers who are expected to fly as part of their job function.

2. Offsetting is a dangerous distraction; the real issue is we need to cut emissions very quickly.

3. Offsetting also shifts responsibility for carbon emissions from rich individuals, corporations and countries on to the poor.

4. Many carbon offsetting projects, such as planting trees, will take years, if not decades, to have any effect on emissions, since trees don’t reach their average carbon storage capacity until 15 to 25 years after planting.

5. The EU is not convinced that carbon offsetting works, and from 2021 will stop allowing offsets to count towards emissions reductions targets. This follows a report which found that 85 per cent of offset projects under the Kyoto Protocol’s Clean Development Mechanism (CDM) had failed to reduce emissions.

6. If offsetting was effective, then the same logic would imply that paying double the offset for your flight would make it “carbon negative” so we could all fly more and more, and simply plant more and more trees.