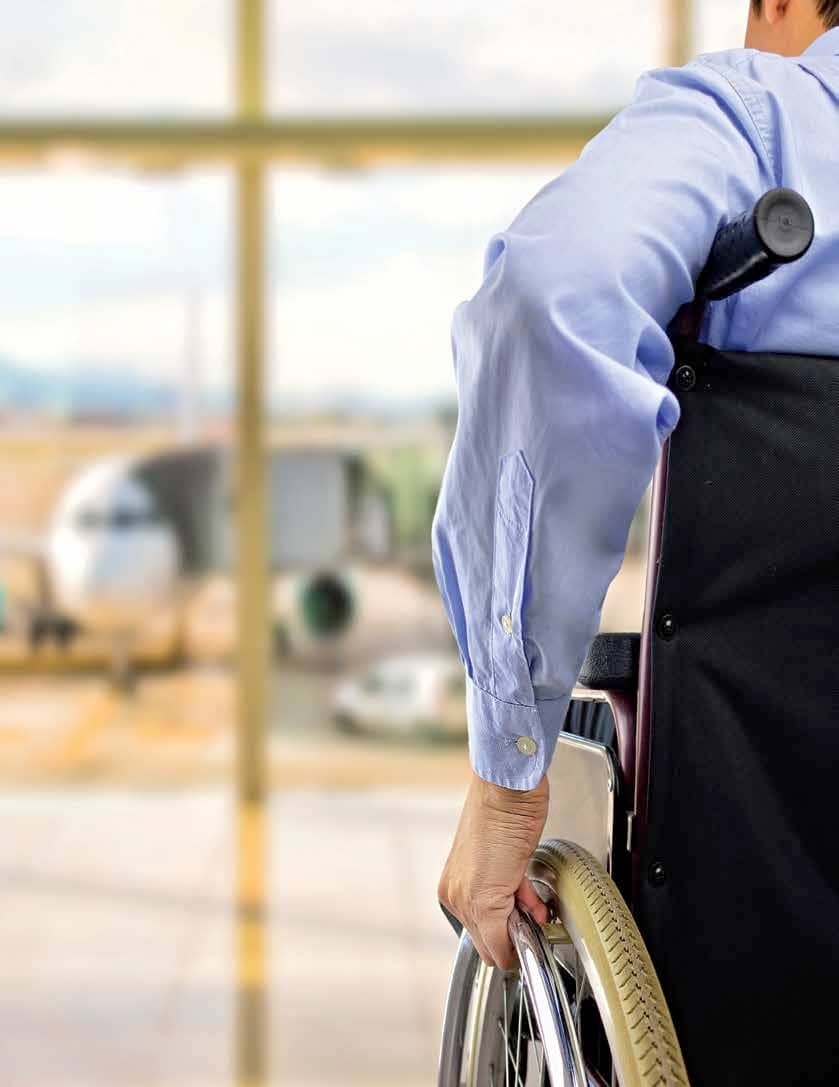 How accessible is air travel for persons of reduced mobility?

We all put up with inconveniences to jet around the world – hurried walks across labyrinthine airports, onerous security checks and being crammed with hundreds of others into a small metal tube for several hours.

Few of us, however, will have deliberately dehydrated ourselves before a flight because we know there will be no way to access a toilet on board. Or watched from our seat as every other passenger disembarked, waiting for our assistance to arrive. Or been left immobile in a new city because our wheelchair has been damaged or lost in transit.

For “persons with reduced mobility” (PRMs) with a permanent or temporary physical disability, the whole experience of flying – from passing through the airport and getting on to the aircraft, to travelling in a cramped seat and then getting off on the other side – can be fraught with difficulty. In a recent survey of disabled people commissioned by Which?, almost half of respondents said that a lack of confidence in accessibility services had limited their ability to fly in the past two years.

A Business Traveller reader who regularly flies using a wheelchair told us that while Emirates provides excellent service when getting PRMs on and off the plane, once luggage has been collected from the carousel at Dubai International, porters will not provide assistance unless paid in cash. On a recent trip, not having any money on him, he was refused help and had to be aided by police. He described the experience as “unbearable”. Emirates, which manages the service at the airport, confirmed to us that porters require a fee, adding that last month it introduced card payments.

The Which? survey highlighted that it is not just PRMs for whom accessibility is a concern. A traveller who is blind and has Alzheimer’s was reportedly told at Manchester airport that he could not use the priority queue as he did not use a wheelchair, and was then left humiliated when a staff member shouted to a colleague that the passenger “couldn’t cope” with the boarding pass scanner. 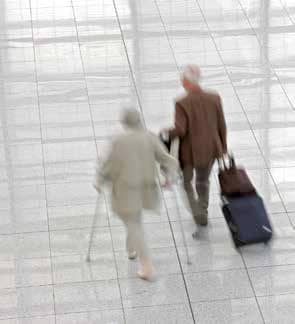 Passenger numbers are on the rise, and they not only include PRMs but older people who may find airports overwhelming and planes uncomfortable; people with conditions such as dementia, autism or anxiety; people with visual or auditory impairments; or those recovering from an operation or stroke. According to the UK’s Civil Aviation Authority (CAA), passenger numbers have increased by 25 per cent since 2014, while the number of people asking for airport assistance has risen by 49 per cent. Adjusting to this demand is no small task. As Sara Marchant, Heathrow’s customer relations manager, points out, the airport is the size of a small city. Marchant is responsible for ensuring that the 80 million passengers moving through it each year come out with a positive impression, and at the latest count, about 1.5 million of them required special assistance.

For persons of reduced mobility, the whole flying experience can be fraught with difficulty

In 2017, the CAA told Heathrow it was failing these people. In the regulator’s second annual Airport Accessibility Report, it ranked the airport’s service “poor”, along with that at Manchester, Exeter and East Midlands. Marchant accredits Heathrow’s rise to “good” in the 2019 report to measures such as establishing an advisory committee and extra staff training. She also chairs meetings several times a year with 12 other UK airports for sharing best practice.