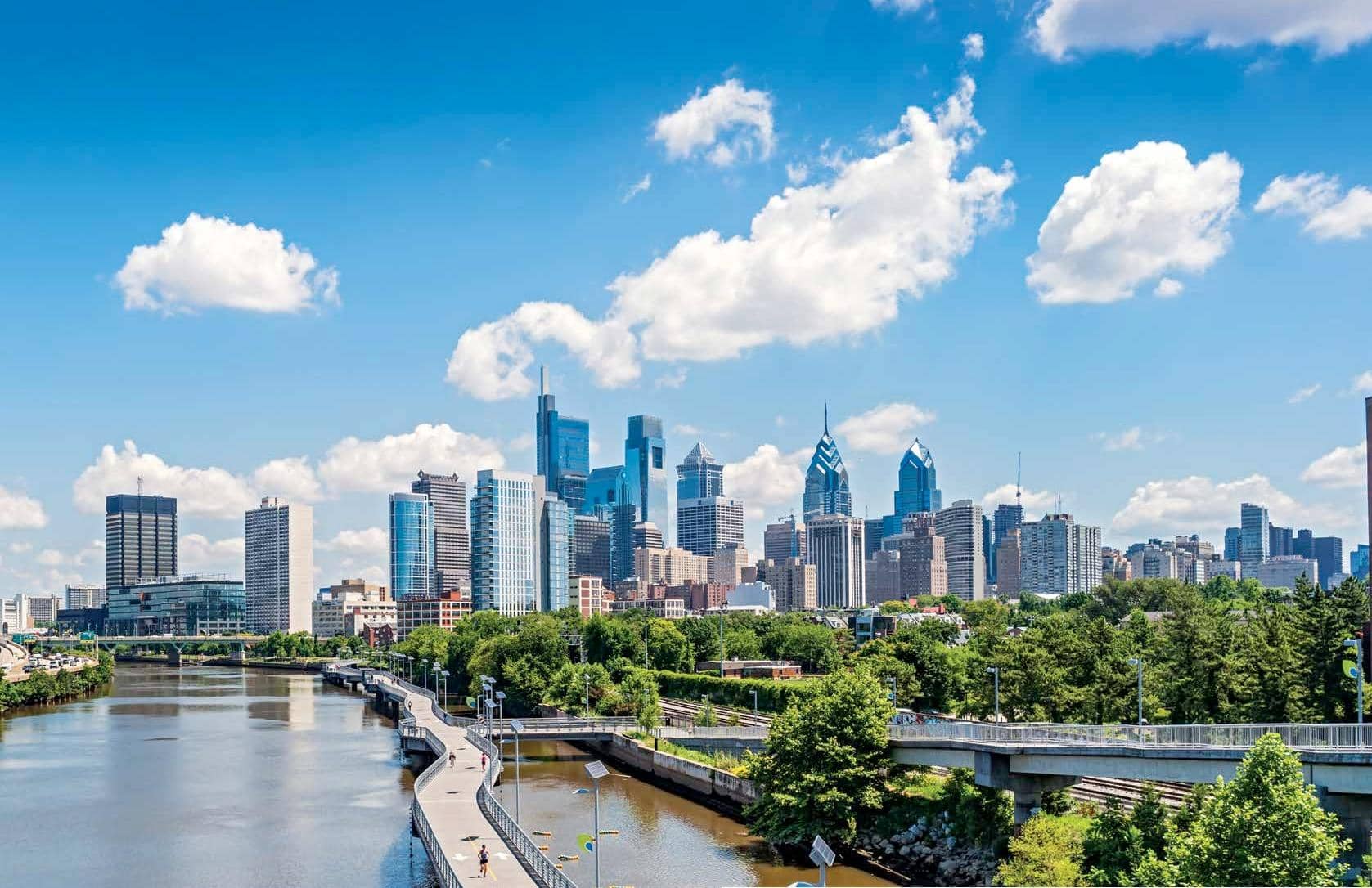 Known for its rich history, Philadelphia also has its sights set firmly on the future

Touch down in Philadelphia International airport and you are immediately reminded of the city’s history as the birthplace of the United States. Extracts from the Declaration of Independence, signed here in 1776, are emblazoned across the walls of the arrivals hall. Yet, as you drive towards downtown you get a glimpse of the city’s glittering future. Far from inconspicuous, US cable giant Comcast’s new Technology Center dominates the skyline, towering 341 metres above the city.

If you haven’t heard of Comcast, you’ll certainly be familiar with its subsidiaries – NBC Universal, Focus Features and Dreamworks Animation, to name a few. In 2018, the Fortune 500 company expanded its European presence with the US$40 billion purchase of Sky, while next month it will join the streaming wars, launching NBC Universal’s Peacock service to rival the likes of Netflix and Apple TV Plus. Founded in the 1960s by Ralph Roberts, Comcast has become the largest cable TV and broadband provider in the US and, since the Sky acquisition, possibly the world’s biggest provider of pay TV, according to Wharton School. It has also conquered the Philadelphian cityscape with two skyscrapers in the Center City business district – its corporate HQ, Comcast Tower, gained the $1.5 billion Technology Center as a neighbour in 2018, designed by Norman Foster.

Construction of the city’s tallest building wasn’t without controversy. Legend has it that buildings exceeding the height of the statue of city founder William Penn atop City Hall have cursed Philadelphia’s sports teams – “There’s always next year”, goes Philly’s hopeful expression.

Construction workers, however, topped the Technology Center with a Penn figurine and it seems to have done the trick – the Philadelphia Eagles won the Super Bowl for the first time in 2018, beating reigning champions New England Patriots. 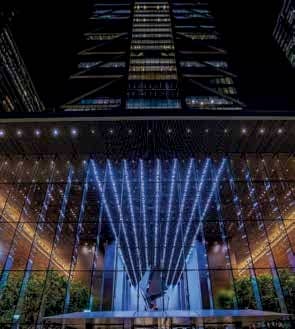 What’s most appealing about the building, however, is that it has been designed for the use of locals as well as staff. Much like London’s new Bloomberg headquarters, also designed by Foster and Partners, Comcast’s two-level atrium is open to the public and features a café, winter garden, and innovative artwork. It’s an astounding space, with Jenny Holzer’s digital installation For Philadelphia spanning the entire ceiling, bouncing off the reflective panels of Conrad Shawcross’s Exploded Paradigm tetrahedron. I found it impossible to avert my gaze from Holzer’s opus, the scrolling screens of which transmit 17 hours of quotes from architects, Philadelphia-based writers, and schoolchildren. You can also visit the Universal Sphere Experience, a 360-degree dome theatre on the first floor, although prepare yourself for a rather cheesy film about the power of innovation.

“I felt there was an appetite to make this building permeable, for it to be a part of the local community,” Foster explained during a discussion with Comcast chief executive Brian Roberts in October last year.