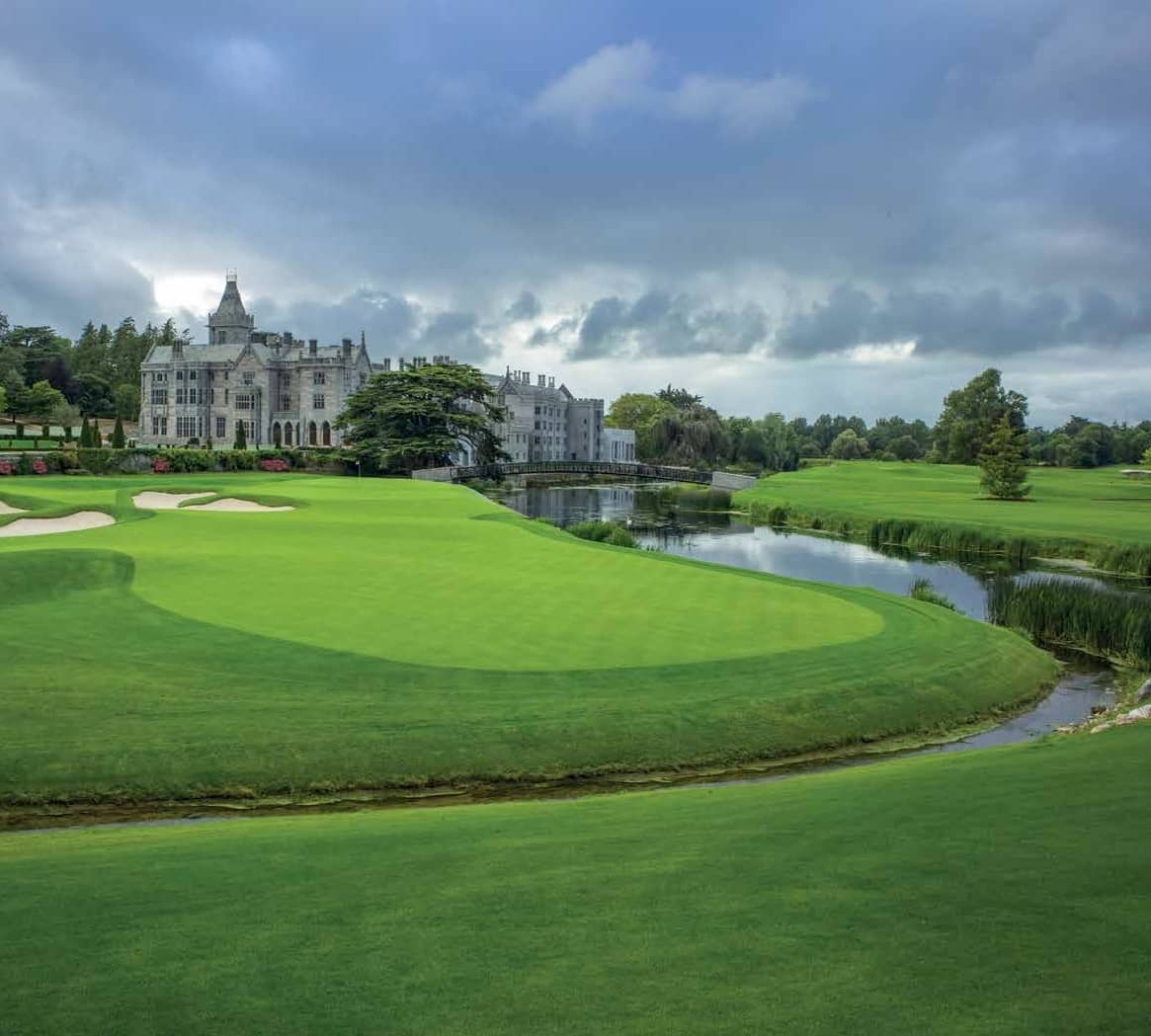 A dare Manor is on a roll. Last July it was confirmed that the luxury Limerick hotel would stage the 2026 Ryder Cup at its new Tom Fazio-designed golf course. Then, in October, its fine-dining restaurant, the Oak Room, was awarded a Michelin star less than two years after it opened. Add to that the UK and Ireland’s only La Mer spa and everything from a plush cinema to expansive grounds to explore, and it makes the range of what the recently renovated property has to offer pretty formidable – both indoors and outdoors.

Which helps when you’re in the west of Ireland. We visited in the midst of typical August summer weather. Greeted by pelting rain on the half-hour drive from Shannon airport, by the time we had been welcomed warmly by top-hatted staff at the entrance gate, checked in and taken a window-side seat in the drawing room for some light lunch, dazzling sun had broken out across the formal gardens and 340 hectares of immaculate grounds. (I’ll come back to the greenkeeping later – it turned out to provide an unexpected highlight of our visit.)

Built on the banks of the River Maigue in the mid-19th century and a hotel since 1988, Adare Manor has long been among the country’s top five-star addresses. Still, it is its multimillion-euro full-scale refurbishment by Limerick tycoon JP McManus – who bought the hotel in 2015 and is a co-owner of Sandy Lane in Barbados – that has cemented its status as one of Ireland’s most illustrious properties.