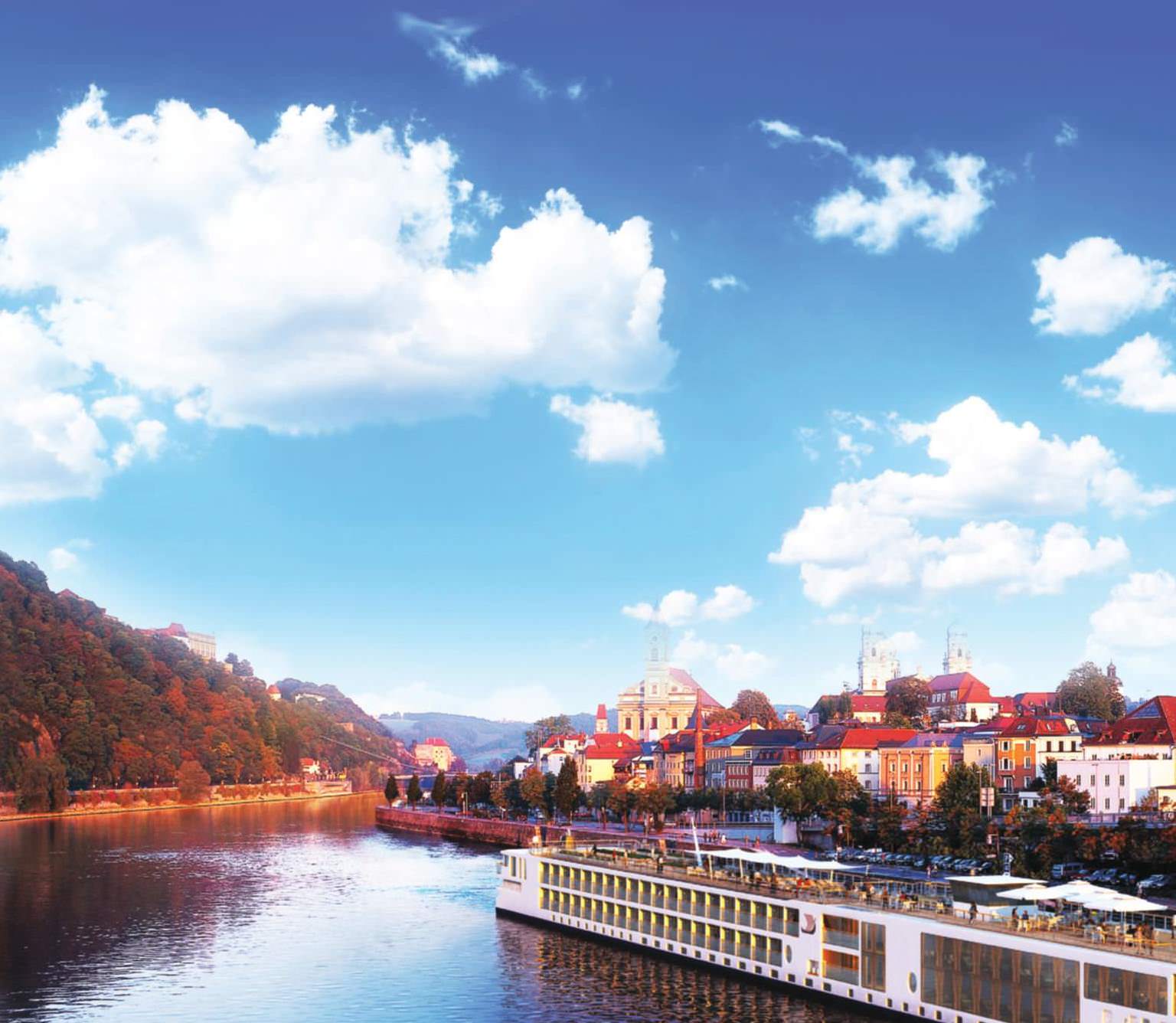 Along the worlds great waterways, there are currents of discovery history, life, maybe even yourself.

Gotta week? Have I got a river for you! Yes, you – who runs from meeting to meeting and city to city. You – who considers dinner at 8 to be an early night. And you – as you wake up at the early edge of dawn each day whether you have to or not.

Rivers are their own masters and when you are on a river cruise, you go where the river flows. Speed slows, time goes, and history blows by like a whisper from an old friend. The phone is off, the show is on and you have nothing more to do than take it all in.

The world’s appetite for river cruising is rising rapidly: passenger loads along the great rivers of the world jumped 25 percent from 2009 to 2014, according to data from the Cruise Lines Industry Association. 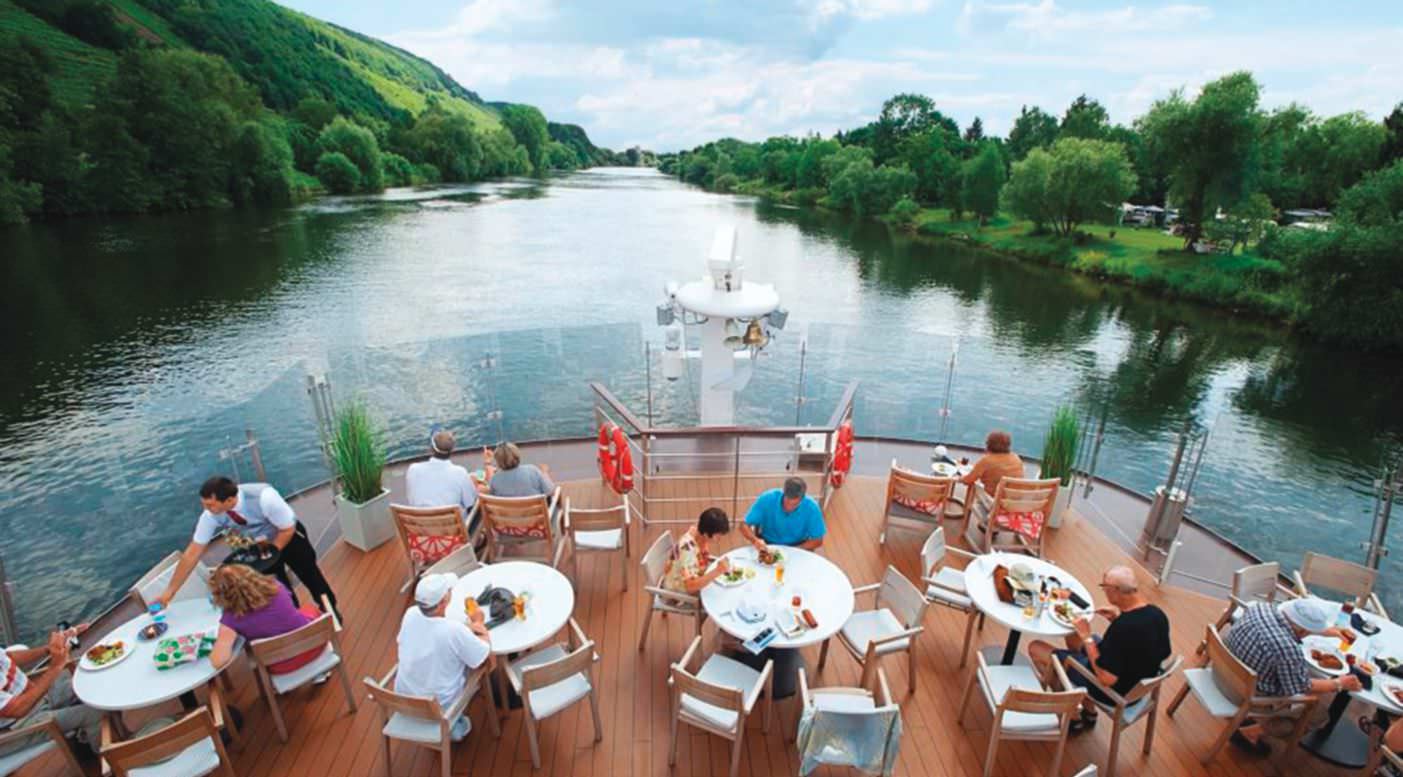 And there is good reason for that. Unlike ocean cruising, river cruising is an easy hop-on-hop-off affair – a floating boutique hotel that docks each day in the center of a new city or along the banks of an extremely scenic and historic spot. For passengers, it’s like hubbing in a well-located luxury residence where you can have all the freedoms of urban wanderings and all the ease of VIP touring. You don’t have to make choices. You can have it all.

While river cruising vacations are as wide and varied as the world’s great rivers: the Mekong and Ganges, the River Quai, the Yangtze in China to the Amazon in Brazil, Europe is particularly well suited to the task. Options include the Rhone, the Rhine, the Danube, the Basel, the Loire, the Moselle, the Elbe, the Volga, the Garonne and the Seine.

The continent was tamed along these legendary waterways and visitors can take in the time lines – from famous medieval castles and to the great battle spots of the last century’s world wars – in the time it takes to sip a single glass of Champagne.

Water Under the Bridge

A recent river cruise through the wine region of Bordeaux illustrated just how easy it is to board a vessel and partake in some of the finest no-hassle dining and sipping to be had in all Europe.

I was taking a seven-day cruise via Los Angeles-based Viking River Cruises and its 190-passenger luxury longship called the Forseti. Bordeaux, a compact city of some 250,000 people just three hours by TGV train from Paris, is easily accessed through BordeauxMerignac Airport – a mere 30 minute’s drive from city center.

The Forseti was docked on the Garonne River on the Quai des Chartrons where much Bordeaux life and leisure takes place. It’s a stone’s throw from there to the fabulous shopping, dining and ambling to be done along Rue St. Catherine and the Cathedral St. André. In easy sight from our spot was the Pont de Pierre Bridge, built in 1819 by Napoleon (claiming 17 arches in correspondence with the number of letters in his name) and now ablaze in the twilight in a certain glory reminiscent of Paris’ Bridge of Alexander.

Because of low water levels our ship had to spend an extra day in Bordeaux, causing no complaints from the passengers. But such occurrences and problems facing the river cruise industry are not rare. Due to low water levels on some of Europe’s iconic rivers like the Danube and Elbe, a number of cruise lines have had to alter and even cancel their river cruises in the recent summer weeks.