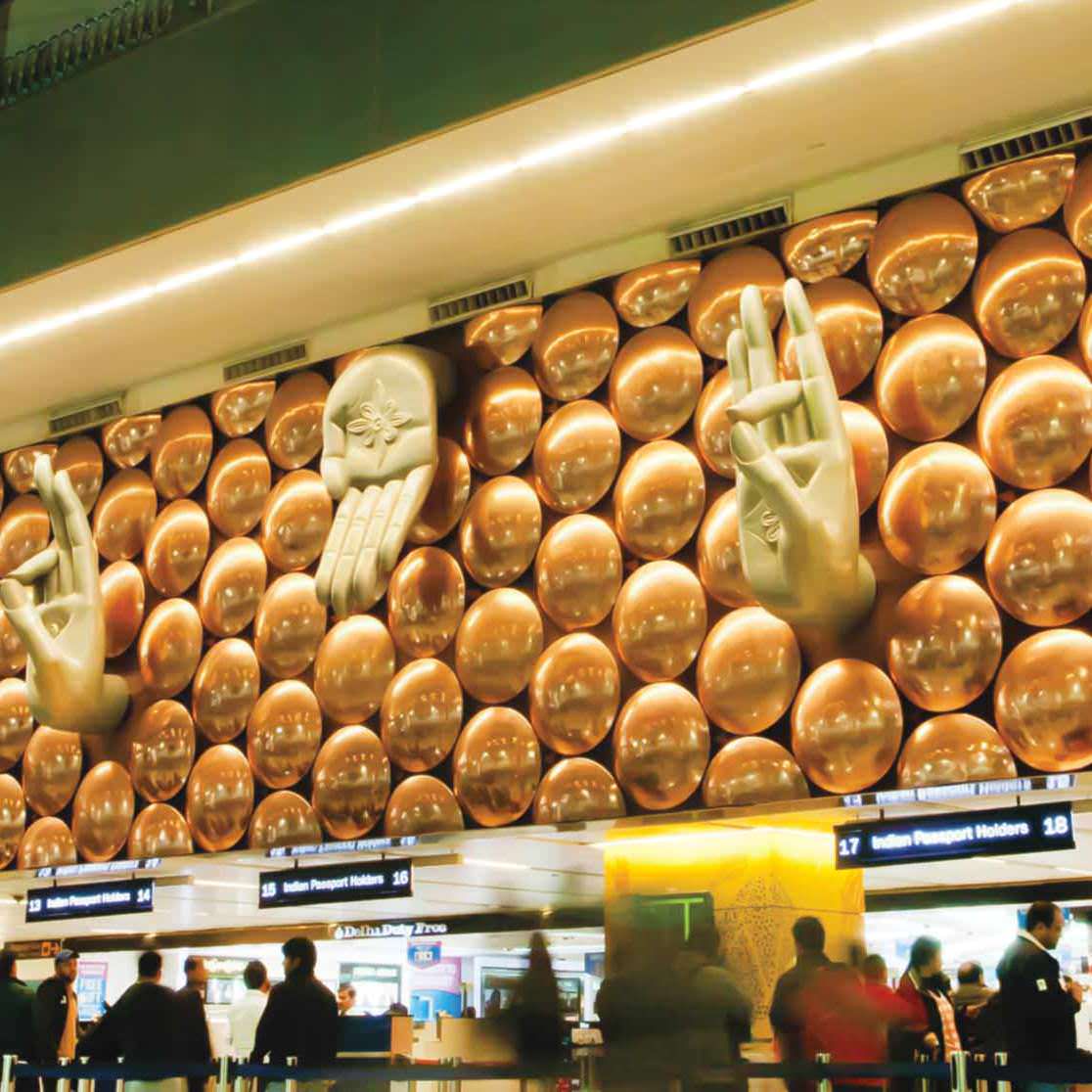 The subcontinents economic boom has pushed its airports to launch radical changes.

Not so long ago, India was considered a land of elephants and snake-charmers. Nowadays, it’s known as the world’s biggest democracy and home to major high tech industries. With its new status and increased influx of visitors, there’s demand for the country’s airports to step up their infrastructure offerings – a far cry from the shabby and time-worn facilities of yesteryear. Today these air gateways are transforming into futuristic transport hubs.

The upgraded terminals in Delhi and Hyderabad’s greenfield airport are proof that this renewal is well underway. And even the long-delayed Nevi Mumbai international airport is inching its way to completion. Watch this space as an old order gives way to progress and efficiency.

With a projected 40-million-plus passengers this year, Indira Gandhi International is the busiest airport in India, and the subcontinent’s largest aviation hub. The newest of IGIA’s terminal buildings is the integrated international Terminal 3 which was opened in 2010. Together with domestic Terminal 1D, which reopened the year prior, Indira Gandhi has enough room to handle 62 million passengers per year.

T3’s stylish architecture features sweeping vistas of steel and glass flooded with natural light, with 168 check-in counters to welcome passengers. The scale and capacity of the 5.4-million-squarefoot, two level terminal offers passengers access to huge retail areas with duty free shopping and specialty/luxury shops, including a special bazaar for exclusive Indian handicrafts, tea and spices. There are food courts, fine-dining restaurants and grab-and-go eateries, as well as spas and express massage facilities, a gaming zone and a prayer room.

A 93-room Eaton Smart transit hotel within the terminal serves both international and domestic transiting passengers. There are the usual contingent of airline lounges as well as three pay-as-you-go establishments.

The star of IGIA is definitely T3, but its older sibling Terminal 1 also has its own set of retail stores, food outlets and even a cinema. Originally built to handle 16 million passengers a year, T1-D is already nearing its limits. DIAL (Delhi International Airport Limited) the joint venture which manages the airport has put out a call for proposals to expand T1, nearly doubling its capacity to 30 million travelers and adding 800,000 square feet of terminal space and 10 jet bridges. The initial plan calls for construction on the huge undertaking to begin in October 2016.

Hyderabad’s greenfield airport, RGIA at Shamshabad was inaugurated in 2008. The design philosophy was based on a seven-step formula: Make it simple; make it flexible; make it a loose fit; make it convenient, comfortable, attractive; maximize revenue generating areas; be generous with floor space and frugal with mechanical installations. 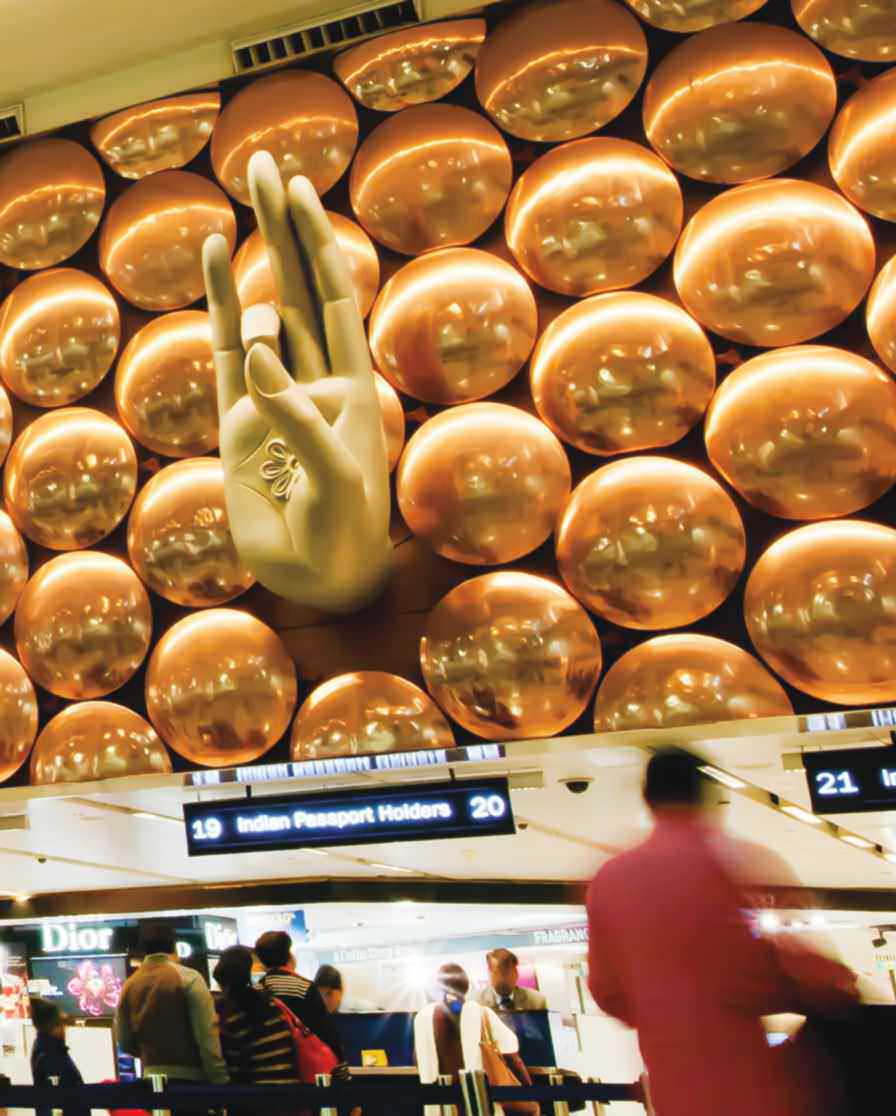 What it offers in the looks department is yet another web of steel girders sealed with acres of glass. But the atmosphere is “true South Indian masala” with a shopping carnival, a lucky drawing or concert taking place at any given time.