Who's Afraid of Winter? 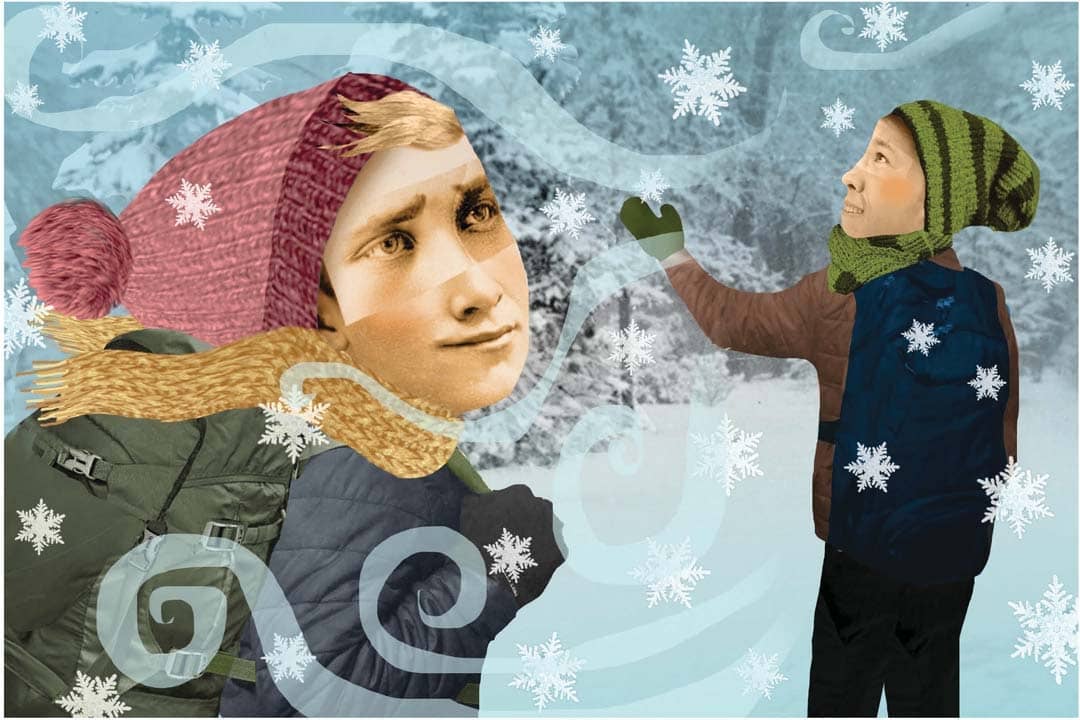 Two fair-weather enthusiasts tear down their fear of the fourth season.

EVEN IF THE LAST SPOONFULS of oats weren’t frozen solid, there still wouldn’t be enough. Worse: The coffee was already icing over, my toes and nose were numb, and was it snowing inside the tent? So. Stinking. Cold.

We were cruxing all of a half-mile down Red Creek Trail in West Virginia’s Dolly Sods Wilderness because we were determined to get outside in every season. As adventure recreation majors at nearby Ohio University, my buddy Matt and I had spent the fall and spring paddling whitewater, navigating lakeshores to find dreamy campsites, backpacking state forests, and sleeping in debris huts. For credit! When winter came, we focused on indoor learning that included expedition planning, leisure theory (yes, that’s a thing), and drinking dark beer. While I didn’t love the idea of backpacking in the deep freeze, I loved it more than a season spent cabin-bound. So Matt and I had devised a radical idea: Instead of biding our time waiting for a warm(ish) spell, we’d embrace the season and march into the worst it could dish out. We hoped this would be a shot of adrenaline to an otherwise drab winter spent indoors. We dubbed it Expedition Misery.