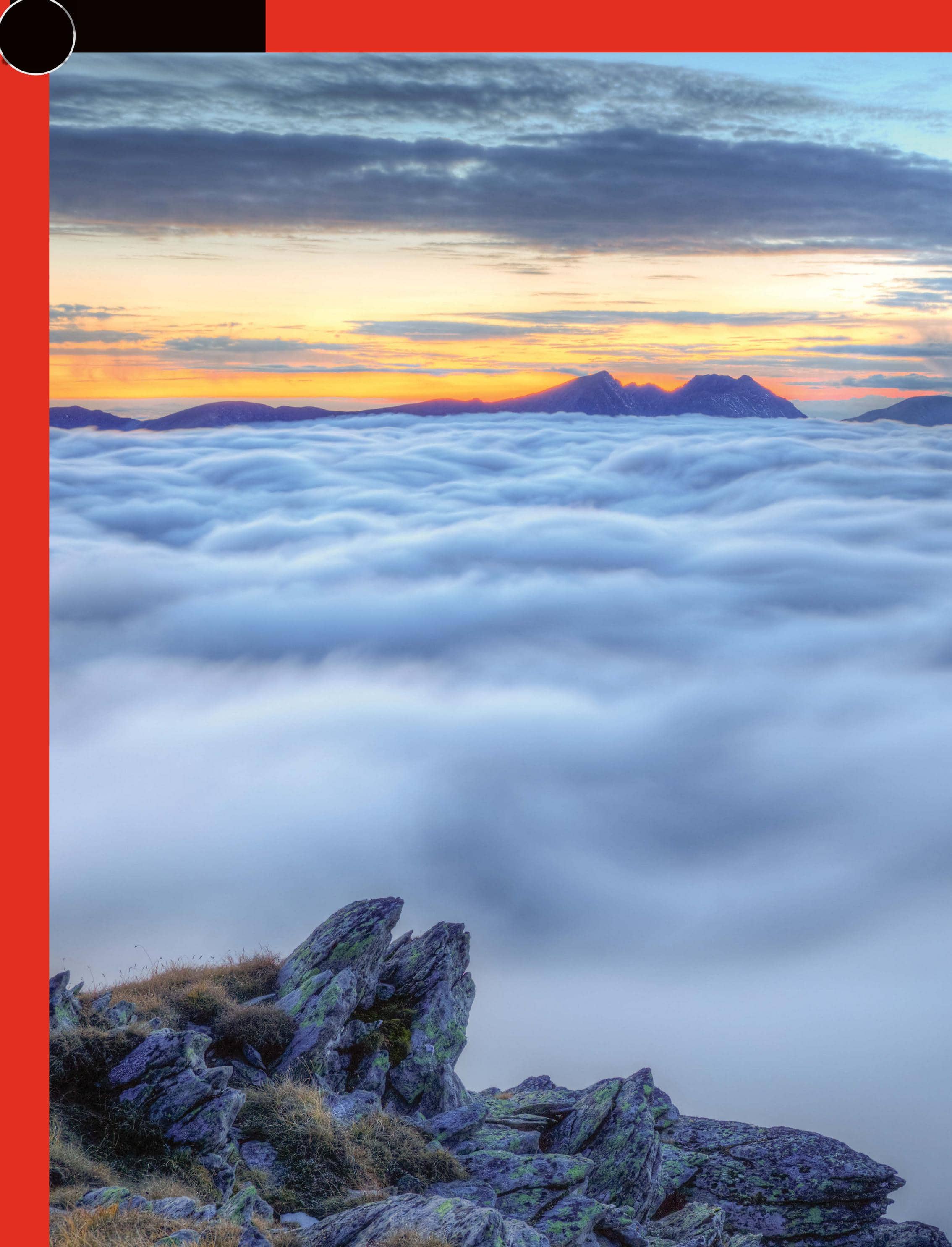 THE WOLF TRACKS cross the trail and disappear straight over the edge of the precipice. It makes no sense. We’re descending from the summit of Mt. Moldoveanu, at 8,346 feet the highest peak in Romania. The trail, a stony, knife-edge arête with thousand-foot drops on both sides, runs along the spine of the Transylvanian Alps. Steep, grassy slopes with wooded ravines drop away to the south; but to the north, just 3 feet from the muddy trail, sheer black cliffs plunge down into the mist. The wolf tracks—huge prints with claw marks dug deeply into the mud—come up from the south and go right over the edge, as if the wolf had simply leapt into the abyss, transforming itself into some kind of flying beast.

Two hours earlier, at 3 p.m., we’d reached the Refugiul Vistea Mare, our original destination for the day. The hut was a tiny, red-and-white-striped stone building. Other than a wall-to-wall sleeping platform and anti-communist graffiti, it was empty. At least it appeared cozier than the first trail shelter we’d stayed in—a corrugated metal hut that clanged in the wind all night long—but Martha, my hiking partner, wasn’t ready to stop.

“It’s too early. We still have two hours of daylight.”

It was mid-October but the weather looked wintry. Bulbous clouds had rolled in over us and it looked like it might snow.

“Then we’ll bivouac,” she responded brightly.

“When was the last time you bivied high in the mountains, Martha?” She flashed me a big grin. “Never!”

And that’s how we came to be standing on the rocky summit of Moldoveanu so late in the day. It was almost dusk and the serrated crest of the Transylvanian Alps ripped the world in two distinct halves: light and dark. The southern flanks were bathed in gold, the northern walls shaded in Stygian black. The trail wove along the serpentine edge between the two. We signed the log book beneath the blue, yellow, and red striped flag of Romania and descended into a purpling haze.

It’s twilight when I spot the wolf tracks. At first I think they must be dog tracks, but upon closer examination, I realize they couldn’t have been made by any animal other than a wolf. The tracks are too big, bigger than my fist, and single-tracked—the rear paws landing squarely in the prints of the front paws (dog tracks meander). For a few minutes, I stare down into the darkness of the north side, looking for movement. Nothing.

We’re using our headlamps by the time we find a low stone wind break.

“Somebody bivied here,” I say, surprised to find a semi-flat space along the ridgecrest.

We had gone light on this hut-to-hut, 62-mile traverse of the Transylvanian Alps, so we have neither tent nor stove. My sleeping bag, rated 35°F, is not much better than a blanket. Martha had wisely packed her 0°F bag.

Nevertheless, we curl up on the ground and read Bram Stoker’s Dracula together, as we’ll do every night of the trip. Of course we do. How often does a world-class trek dovetail with the most successful horror novel ever written? It’s day two, and we’re still near the beginning of the book. Three of Dracula’s witches have already kidnapped a peasant infant for a blood feast. When we resume, the hysterical mother has come to Dracula’s castle and is tearing out her hair and beating her breasts.

Count Dracula doesn’t answer. Instead, in his “harsh, metallic whisper,” he summons the wolves. “His call seemed to be answered from far and wide by the howling of wolves. Before many minutes had passed a pack of them poured, like a pent-up dam when liberated, through the wide entrance into the courtyard.”

From the very beginning of Dracula, wolves are harbingers of evil. Every time they appear, we know something bad is about to happen. 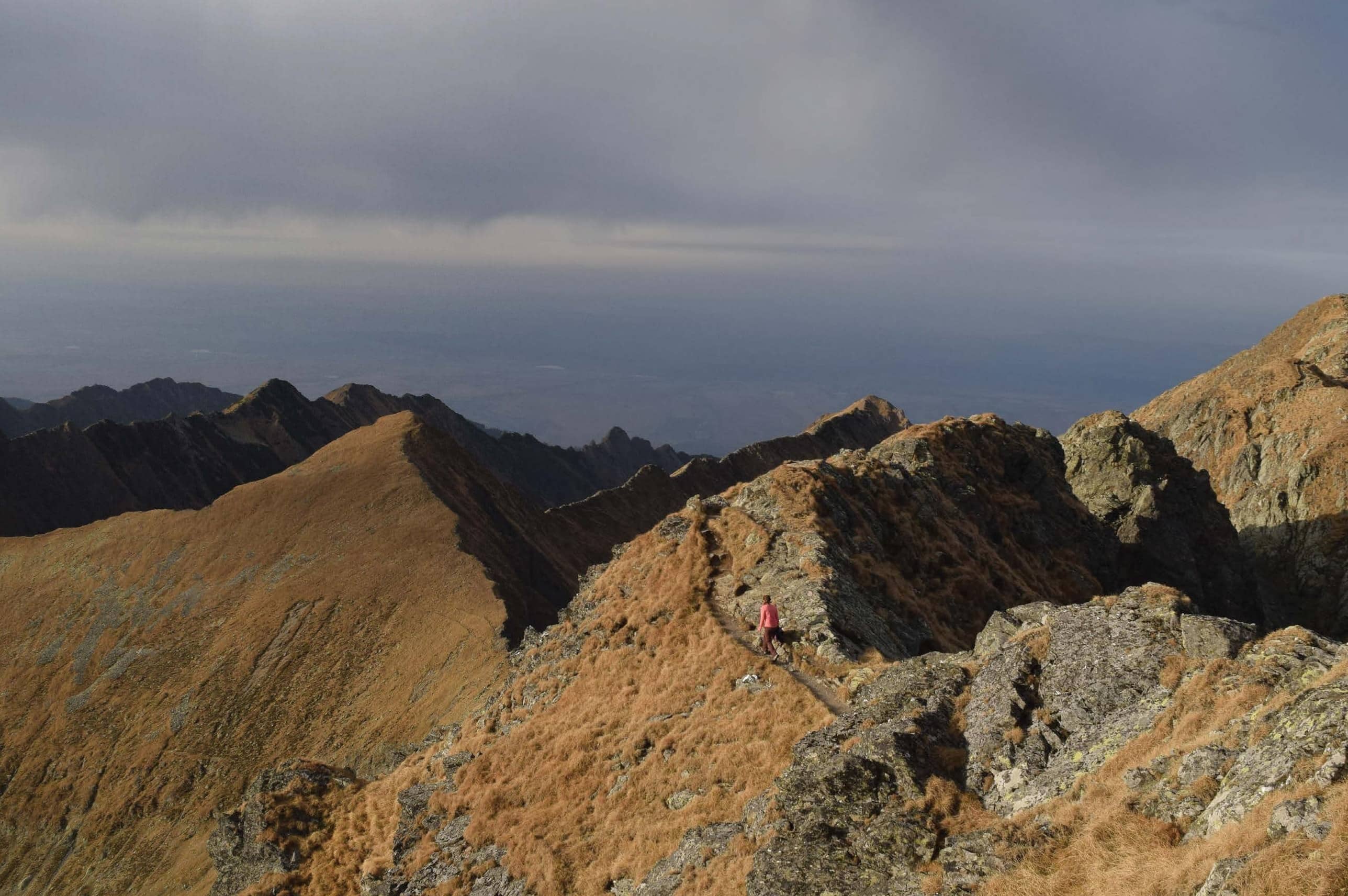 “There was no cry from the woman, and the howling of the wolves was but short. Before long they streamed away singly, licking their lips.”