Shattered on the pacific Crest Trail 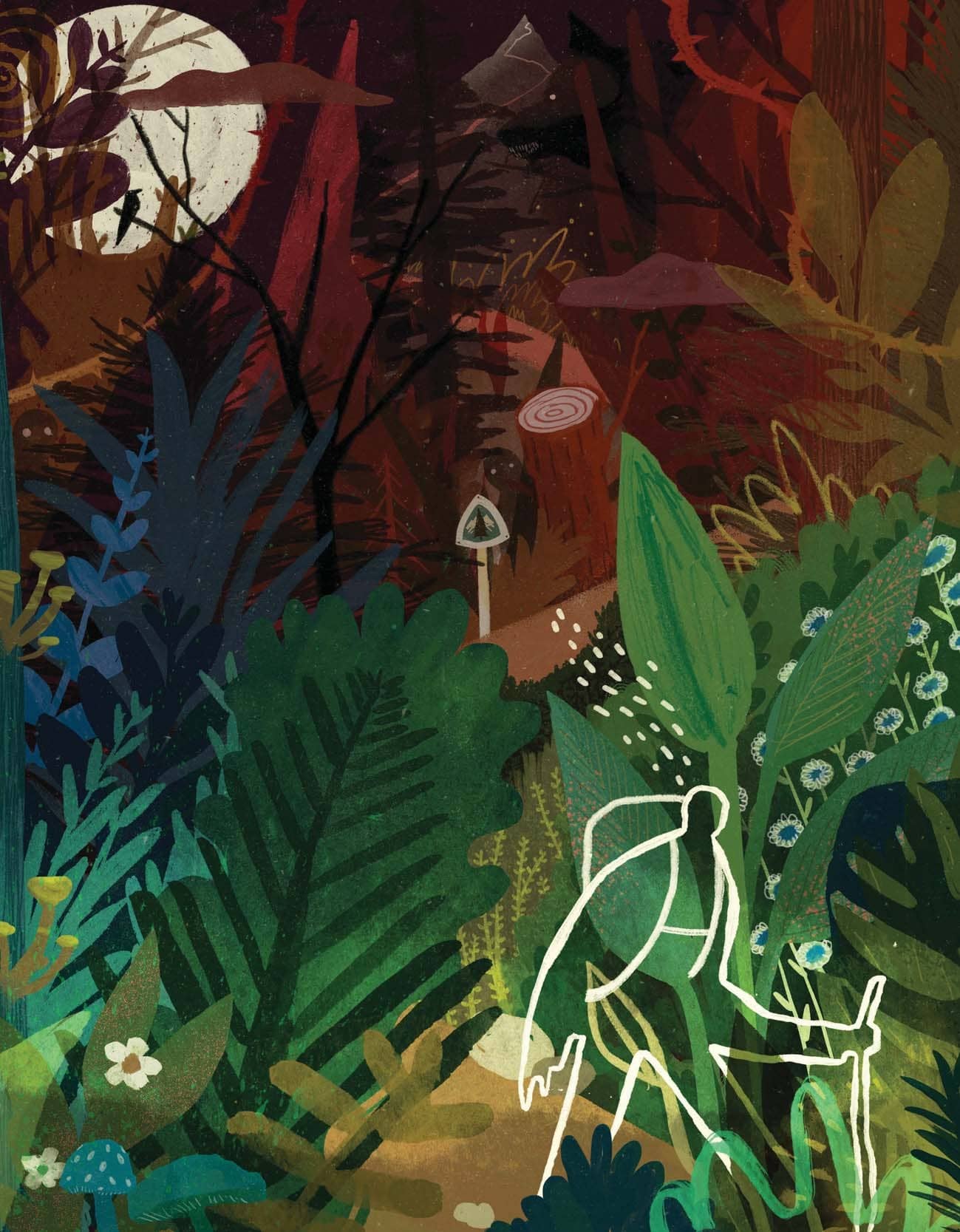 When they wake up broke, broken, and far from home, how do thru-hikers find the will to go another mile?

THE BRIDGE RATTLED AND SHOOK. Through the soles of her feet, Blazer felt the 1,800-foot span jerk as if there’d been an earthquake. She braced herself, pressing her back hard into the railing, and shut her eyes tight. The semi roared by, missing her by inches. Its whoosh sucked her and her pack sideways on the narrow roadbed.

The Bridge of the Gods. Even the name sounds like a rite of passage. Forty miles east of Portland, it spans the mighty Columbia River. Anyone walking across the bridge is acutely aware that the roadbed isn’t asphalt, but an open metal grate. Those who dare to look down see the Columbia’s roiling swells far below their feet, barely obscured by a gossamer lattice of steel. It feels like walking on air.

The bridge is barely wide enough for two lanes, let alone a sidewalk or shoulder. Any ten-foot-wide load requires 24-hour advance notice, a pilot car, and a traffic stoppage. Hikers cross at their own risk—and pay fifty cents for the privilege.

Blazer clung to the outside rail, hating that open grid. In all of her twenty-five years, she’d never experienced anything like this. Looking straight ahead the whole time, she repeated to herself, “This is temporary. People do this all the time.”

Welcome to Washington. Only 500 miles to Canada.

The Ballad of Blazer

IT WAS HARD, BUT FINALLY, Blazer broke down and called her brother Ian. She’d stretched her dollars as much as she could—skipping overnight town stays, skimping on gear, and town meals. An off-trail friend had helped her stretch a two-month budget to almost four, but the words still felt like sawdust in her mouth. “Ian, I’m nearly out of money.”

The last time she’d seen Ian was when he boarded the bus in Yosemite. That was on the 64th day of her trek. Ian had hiked with her for four weeks, cherry-picking a PCT highlight, the Sierra Nevada. This morning, her hand shaking in the chill air, Blazer had written “Day 128” in her journal. Ian was five years older than her and he’d been the first to tell her about the Pacific Crest Trail. He must be all shaved and clean by now, she thought, but I doubt he smiles as much as he did in the High Sierra. Ian listened to Blazer to describe her plight. As soon as it sank in, he said, “You made it this far. You’re not giving up now.” He sent her $500.

Teetering on her financial tightrope had felt worse than any thousand-foot climb under a late-summer sun. I want a trail life like everyone else, with motel stays and town meals, she thought. But she knew $500 wasn’t enough to see her to the end, even if she lived like a monk. She would manage to feed herself and squeeze in with four hikers in a room in town overnight, but her rain jacket needed replacing—the zipper was broken—and that wasn’t going to happen. I’m not asking Ian again. She and Ian had overcome a lot of history to bond in the Sierra. I’d sooner quit the trail than jeopardize that, she thought.

ON TUESDAY, SEPTEMBER 11, Blazer journaled: “Today I saw Mt. St. Helens and Mt. Rainier. We hiked around Mt. Adams. I’m stressing about returning to life, to bills and no money!” With nary a gap, she went on, “Reunited with Dalton. I’m so glad to be here right now, even though I am sore and tired. About 20 days left.”

They hadn’t hiked together since Blazer left Dalton at Walker Pass. She’d needed to double-time for two days to meet Ian for their hike through the Sierra Nevada. That was back on day 41. Now, ninety days later, both were excited to see the other. She wanted to reach out and tug his bushy amber beard. Both found it hard to believe how long they’d hiked apart. Blazer had been sexually assaulted when she was younger, and for four years before her hike, she had brushed off every request for a date. Dalton was the one who had cracked that shield, the reason she’d become open to trusting men again. At times they’d shared a tent or bed at a motel, but never kissing, never touching. For Dalton, amid the reunion joy, one aspect was bittersweet—he’d heard the trail scuttlebutt about Blazer and her brother’s friend Marcello, with whom Blazer had hiked for three weeks in Oregon. Dalton tried to shake off the feeling of visiting an ex-girlfriend happy with a new partner.

They filled their miles in southern Washington with stories— each had so many. Dalton told her about a dinner at a rustic resort where he’d asked for a big mound of complimentary dinner rolls and the waiter brought him a “freaking mountain.” They exchanged High Sierra tales with Dalton groping to describe the grandeur: “The mountains were storybook. I half expected a unicorn to run across the scene.”

Dalton also brought up their last night together on Walker Pass, how he’d stayed up most of the night. How he’d heard her sobbing. She’d tried so hard to be quiet, but Dalton was only ten feet away and they were both cowboy camping. That is so like Dalton, Blazer thought, finding a way to be there for me, but not letting on. Hearing him talk, Blazer felt like they’d never parted on the trail. Tale by tale their stories rebuilt the implicit trust they’d once had in each other before she’d dashed off ahead to rendezvous with Ian.

There was one thing Blazer did not need Dalton to tell her: why his guitar was gone. Like so many others, he had culled his last ounce of frivolous weight before crossing the border into Washington. At the same time, worried about snow, he beefed up his gear, making room for down mittens, a ski mask, and the second pair of long underwear. Washington was where the trail got serious again. It not only marked the return of big ups and downs, but parts of the trail were as remote as the High Sierra. As the guidebook says, Washington is “real wilderness, not wilderness in name only.”