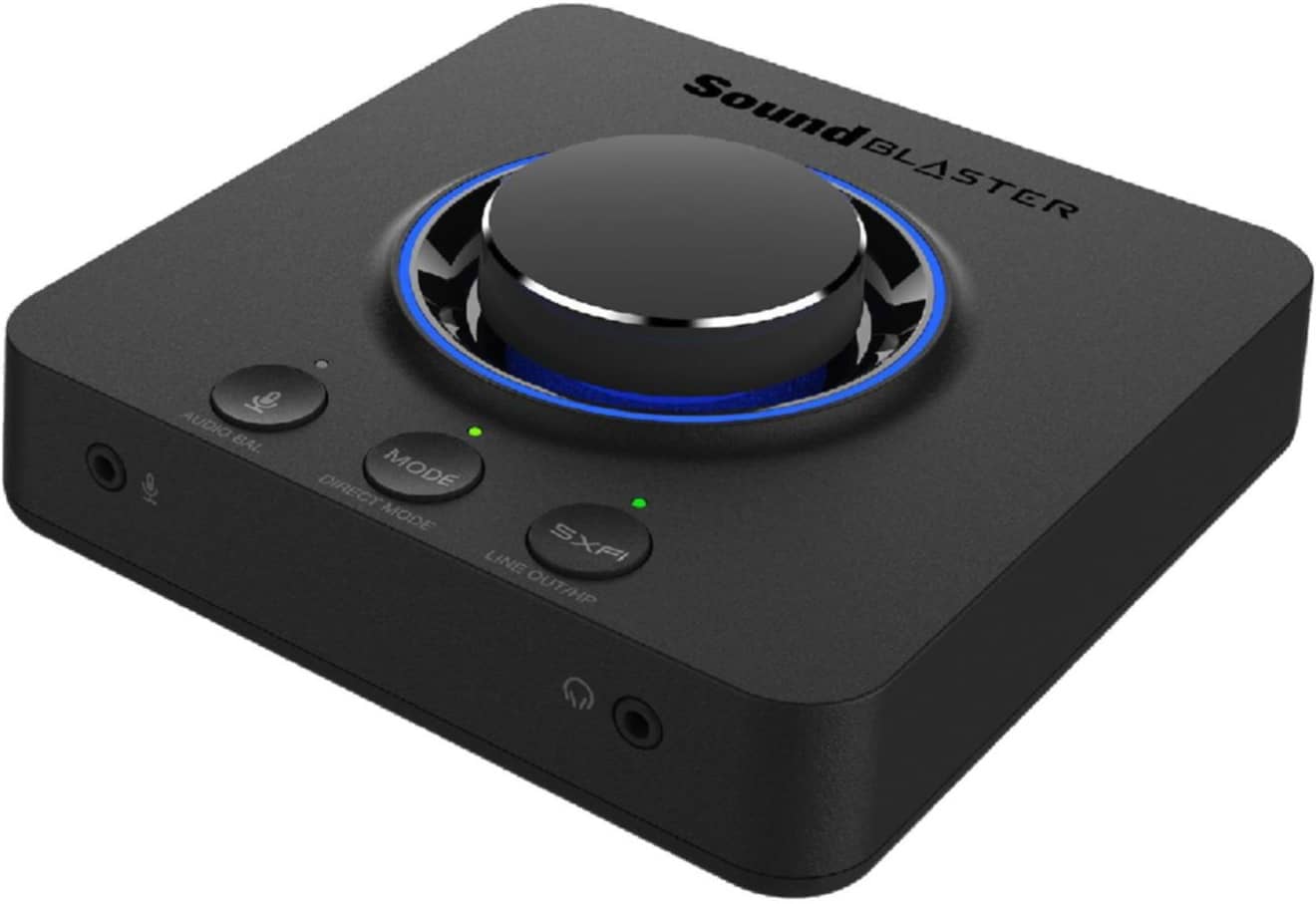 £110 | $120 www.creative.com An attempt to tackle multiple audio concerns at the same time

Chances are, your Windows PC speakers come with terrible, audio quality. Even if they’re decent, they’re not good enough to truly enjoy the music or games you spend time listening to.

Cue the Creative Sound Blaster X3. It’s a USB DAC (digital-to-analogue converter) with a headphone amplifier that can produce virtual 7.1 surround sound, and it offers a variety of ways to enhance the audio coming out of your PC or game console.

It’s like an external sound card, and has the added bonus of harbouring SXFI, Creative’s audio technology that simulates 3D sound in stereo headphones. It’s a solid audio upgrade, but is it worth £110? Well, yes and no.

Creative has found a way to keep things simple, yet provide different avenues to pursue all at once. The primary input is the large knob in the middle that controls a couple of different things, depending on setup. The three buttons laid out in front of it mute the microphone, change audio modes and toggle Super X-Fi on or off.

On the rear, there are no less than seven ports. USB-C is the power port, whereas the rest are all about audio variety. The Toslink optical output is there if you want to set up your TV or game console that way. A 3.5mm line-in port is perhaps the easiest and most common of them all. Then you have four lines-out for sound systems.

There is no power brick in the box, so the idea is for the connected device to power the X3. Plug it into a computer or console and it will draw power from there. It will work with a wall adapter, though sound would have to then come in from the line-in port.

On the front are separate microphone and headphone jacks, which can work independently, or together, if you’ve plugged in a gaming headset that uses both plugs. The crowning feature is Creative’s own Super X-Fi audio holography, the company’s impressive virtual surround sound technology.