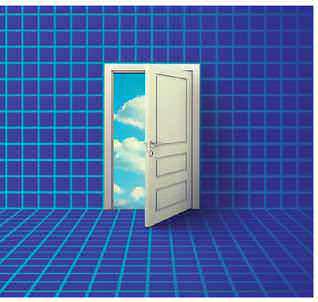 Will you ever see the sun again?

Virtual reality has advanced rapidly in the past couple of years—the much-anticipated Oculus Rift headset is expected to arrive in stores in early 2016, followed closely by several other devices. Yet the technology is still very new, and Sutherland’s vision seems little closer to, well, actual reality. “Right now, it’s like when you first had cellphones,” Richard Marks, one of the lead engineers working on Project Morpheus, Sony’s virtual reality headset, told me. “A lot of focus is still on the most-basic things.”

I recently spoke with scientists, psychologists, engineers, and developers about the possibilities for this emerging f eld. Where might it eventually take us—and will that be somewhere we want to go?

During a recent demonstration of Google Cardboard—a DIY headset that’s made of cardboard and uses a smartphone for the display—I found myself by turns atop a rocky peak, in a barn next to a snorting horse, and on a gondola making my way up a mountain. The gondola ride gave me vertigo.

We react like that, experts say, because our brains are easily fooled when what we see on a display tracks our head movements. “We have a reptilian instinct that responds as if it’s real: Don’t step of that cliff; this battle is scary,” Jeremy Bailenson, the founding director of Stanford’s Virtual Human Interaction Lab, told me. “The brain hasn’t evolved to tell you it’s not real.”