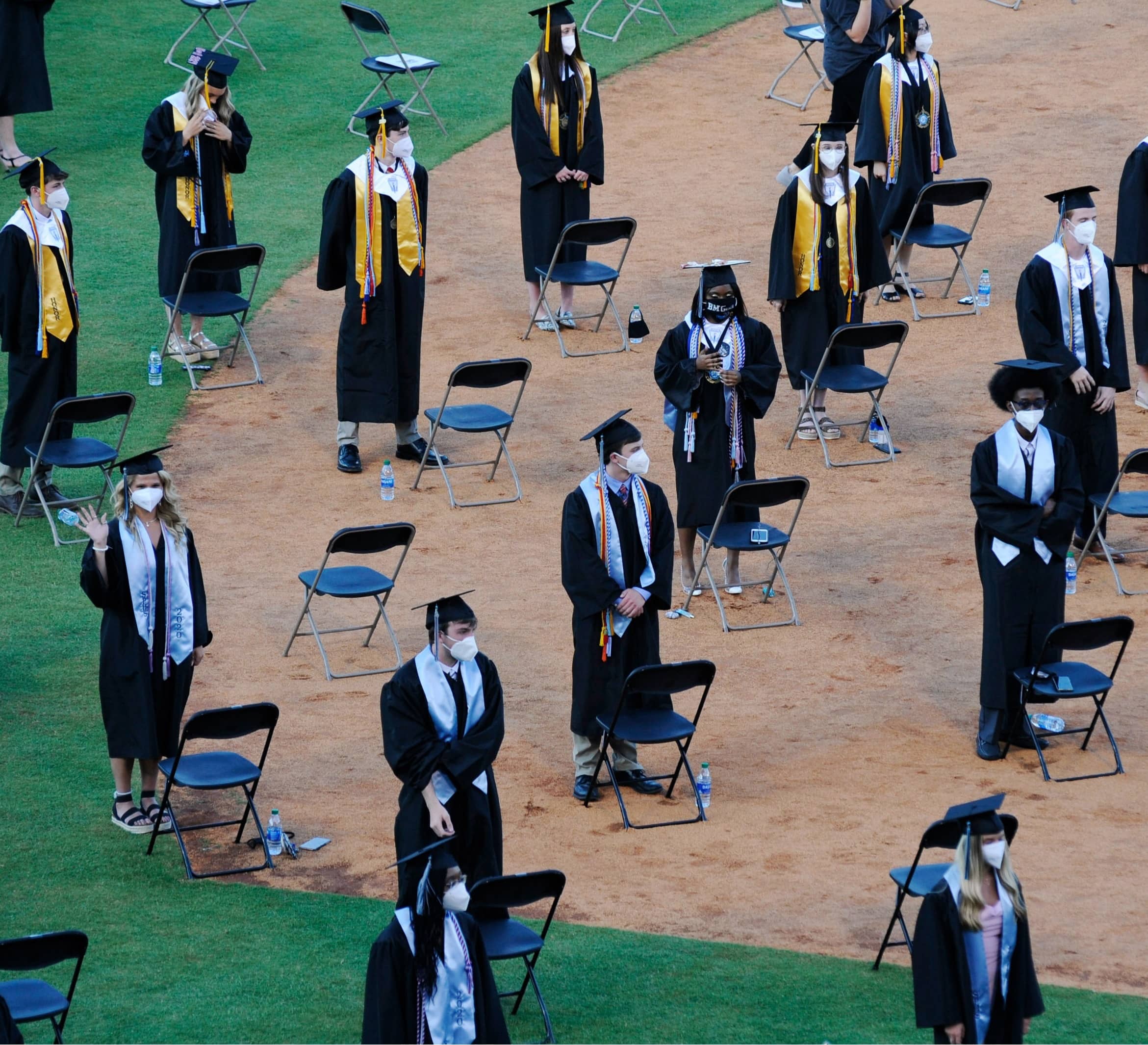 High schools nationwide have canceled or postponed traditional graduation ceremonies to avoid worsening the spread of the new coronavirus, but some plunged ahead with fullfledged springtime commencement exercises as usual, with tweaks to account for health concerns.

Thousands of graduates, parents, siblings and grandparents were invited to a nearly 11,000seat stadium on Wednesday and Thursday nights in the Birmingham suburb of Hoover, where two high schools — among the largest in Alabama — were organizing traditional commencement exercises despite COVID-19.

Two schools in nearby cities held their ceremonies, with chairs for more than 540 graduates spread apart across a football field at Thompson High and a keynote address by the state school superintendent. Few wore protective face masks, and seniors hugged and gathered in tight groups for pictures.

Dr. Michael Saag, who treats infectious diseases at the University of Alabama at Birmingham, said the coronavirus poses too great a risk for such ceremonies since virus carriers without symptoms could unknowingly infect others. Saag himself became infected in March. 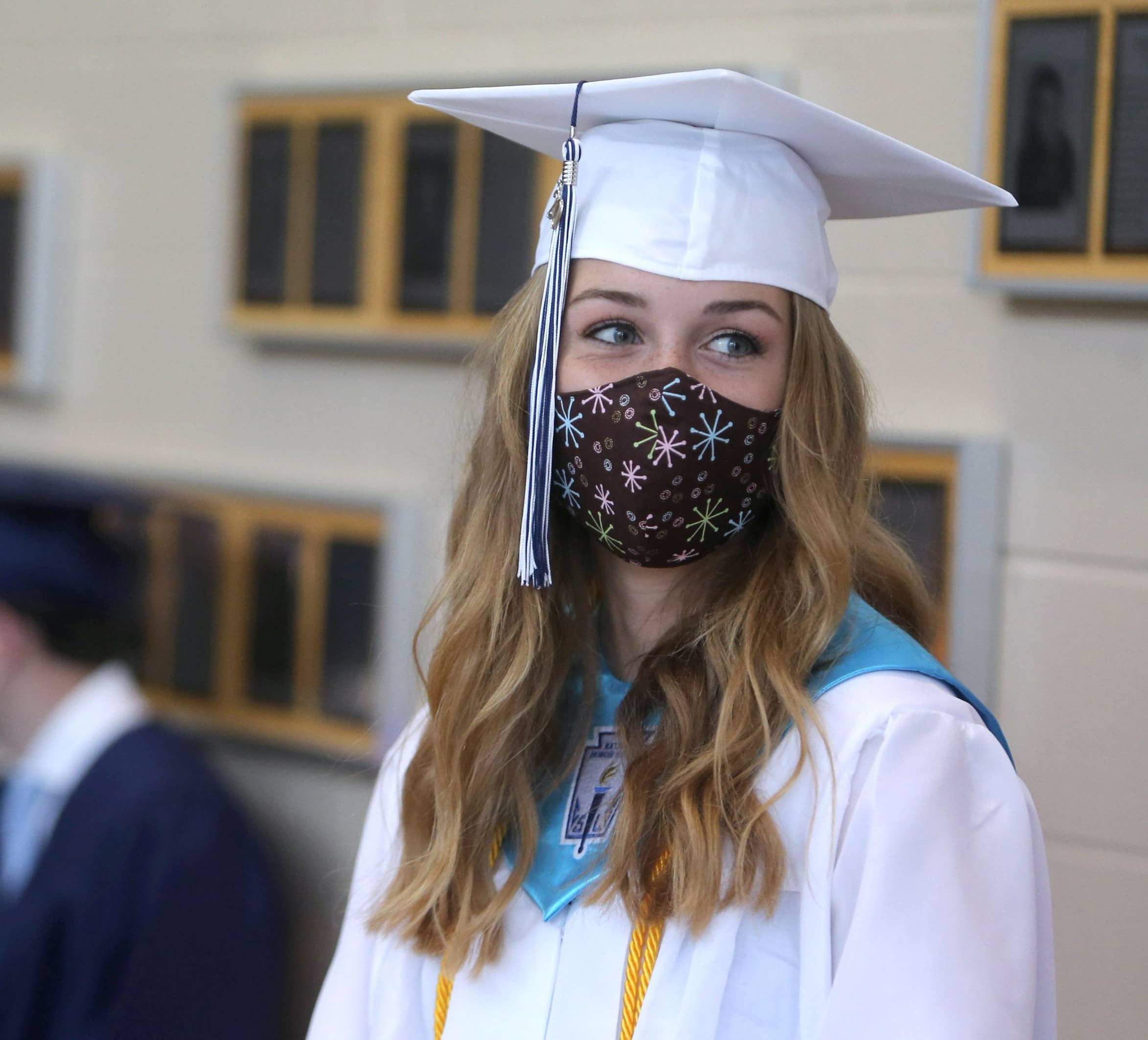 “Having had this before, even if you survive it, which most people do, it’s still a pretty harrowing thing to go through,” said Saag, now back at work.

School officials in Hoover announced the ceremonies in the city’s open-air baseball stadium, after Gov. Kay Ivey had ended state restrictions on the size of group gatherings, as long as people from different households stay 6 feet (1.8 meters) apart.

Hundreds of chairs for graduates were spread across the dirt infield with spectators assigned seats on metal bleachers and in blue stadium seats. Red tape blocked seats to be avoided.

Kathy Murphy, the city school superintendent, said the ceremonies will comply with the rules.