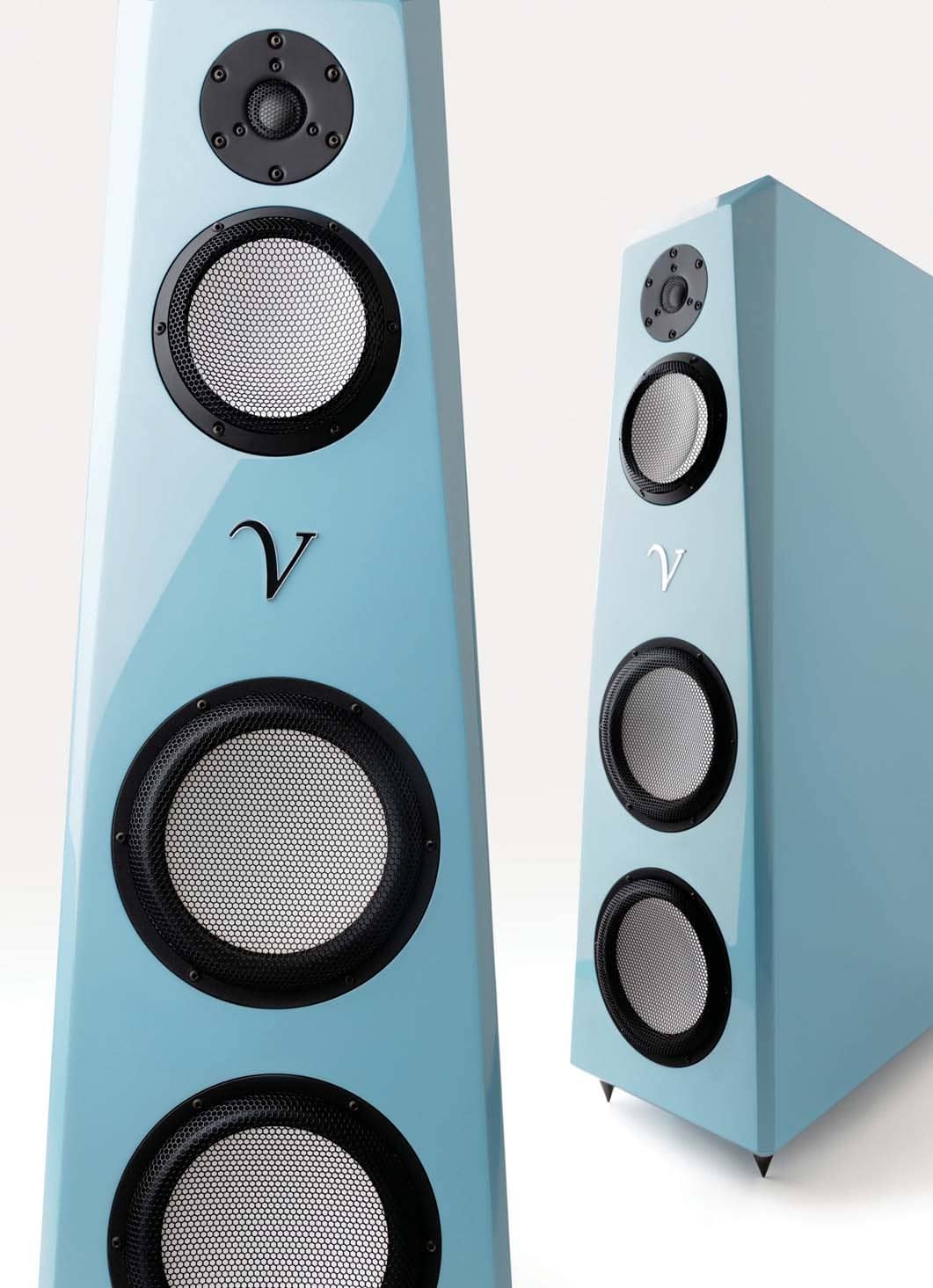 Achieving room-filling, high-quality sound in a hotel room is difficult enough. Getting it in a cavern-ous ballroom is even more problematic. Yet, over the past few years at AXPONA, RMAF, and most recently at the February 2020 FLAX (Florida Audio Expo), Von Schweikert Audio, in association with The Audio Company of Marietta, Georgia, has managed that—and, other than the approximately 100 bodies occupying every seat in the house, they’ve done it without any room treatment, or without any that I could see.

At various shows, the company delivered equally impressive sonic goods with either the monolith-like $325,000/ pair Ultra 11 or with the far smaller $100,000/pair Ultra 55 reviewed here ($95,000/pair for the passive version, without the powered woofers). The Ultra 9, priced between the two, fills out the Ultra line. While big rooms usually have “hot spots” of good sound and “dead spots” of poor sound, the Von Schweikert's seemed to shower everyone with good sound, wherever they sat or stood.

At one show, I played Side 2 of Abbey Road (PCS 7088) digitized at 24/96 from an original UK pressing; the crowd sat transfixed through a whole side of a very familiar record. People got up teary-eyed or even weeping outright. A few said they’d “never heard it like that.” That was in part due to my analog front end’s decoding of an original UK pressing, but it was also because the system in the big room delivered the kind of well-balanced sonic presentation you don’t often hear in the hotel rooms, big or small. It surprised me.

Familiar elements on that record, and on others I spun on vinyl there, usually, get ruined or disappear entirely in hotel rooms: the bottom end goes soggy or bloated; transients lose their grip or are too sharp. But in that room near the Tampa airport, they sounded ideal, or at least recognizably similar to how they sound at home under much better conditions.

I’ve never heard my reference Wilson Audio Specialties Alexx speakers perform as well at shows as they do at home, and occasionally they’ve sounded downright awful, so hearing these Von Schweikert's sound so right at shows had me wondering how they might sound at home. When a pair of the relatively compact Ultra 55s was offered for review, of course I said “yes.”

The Ultra 55s in Bleu Celeste

Albert Von Schweikert founded his namesake company in 1996 after having worked for years for other speaker manufacturers. His impressive bio is worth reading.1

Albert stepped aside in 2015, turning the business over to his son Damon and appointing Leif Swanson chief designer; Swanson had spent a decade working with Albert. The current line was developed under Swanson’s guidance, but it’s based on Albert’s concepts, particularly regarding crossover design. The Ultra 55s use drivers developed by Von Schweikert (the company) in collaboration with Accuton and Scan-Speak. Swanson, who is also the company’s vice president of sales and marketing, says the Ultra 55s are voiced to sound identical to the larger Ultra 9 and Ultra 11, although, in a relatively compact (42 H × 13 W × 24 D) package, they offer a bit less of everything. The Ultra 55 weighs 190lb—hefty, but far less than the Ultra 9’s 500lb.

The Ultra 55 is not a square box. The flawlessly finished cabinet—a complex, triple-wall, constrained-layer–damped, bonded laminate of 1 MDF, 1 HDF, and a 3/4 proprietary artificial stone—is narrow at the tweeter-top and widens down to the woofer-bottom. Von Schweikert calls the multilaminate cabinet construction “Version 2.0 Active Cabinet Vibration Control.” The composite design is said to be as much about vibration canceling as it is about damping.

You can order the Ultra 55 with or without a 525W class-D woofer amp. The review sample came with. It drives the two rear-ported, reflex-loaded 8 (220mm), custom-designed, Accuton-built ceramic/ honeycomb-sandwich woofers featuring “overhung” motors, 38mm vented voice-coils, and soft-rubber surrounds.

Above the woofers is a recently developed 6 (168mm) Accuton “4D” (“Direct Dome Driver Design”) ceramic-dome midrange driver; 4D means the spider isn’t connected to the former; instead, the former connects to the rubber surround, which allows the former to be shorter. This design minimizes interactions with the dome and moves the driver’s acoustical center farther forward.

The tweeter is an in-house–modified version of ScanSpeak’s Illuminator 99% beryllium-dome tweeter, which is claimed to produce flat response to beyond 40kHz, outstanding off-axis dispersion, high resolution, and “silky-smooth” sound; it features a large roll surround and an unusual magnet configuration: a circular array of six neodymium “slugs” in place of the usual single magnet. This open-magnet structure is said to eliminate reflections and resonances and produce “far lower distortion than any other tweeter design.”

A custom, Von Schweikert–developed, 3 Fountek aluminum ribbon super tweeter on the back panel fires frequencies above about 10kHz at the front wall and completes the driver complement.

inductors available, and Mundorf capacitors, chosen from two recently developed lines that Von Schweikert says are the most accurate. Internal wiring is from MasterBuilt—a brand designed and constructed by “leaders in the Aerospace industry.” (Von Schweikert is MasterBuilt’s global distributor.)

G.A.I.N. is a crossover topology that “constructs a consistent polar response both in the amplitude and time domains, both horizontally and vertically,” according to a Von Schweikert white paper. “Not only does this radiation pattern enable the listener to perceive well-balanced frequency and harmonic integration from almost anywhere in the listening side of the room; it also enhances sound-stage imaging over a 180-degree axis horizontally and 70 degrees vertically. This is especially important psychoacoustically since the ear/brain hearing mechanism responds favorably to this reconstructed sound wave pattern. Proprietary circuits form steep 24dB acoustic crossover slopes at specially selected frequencies without the penalties of induced ringing and excessive phase delay.”

A.I.R. exploits G.A.I.N. to replicate “the inverse of a recording microphone signal,” in the specific case of a spaced-omni microphone pair, allowing it, in combination with the rear-firing Ambience Retrieval System (A.R.S.), “to recreate the space and depth heard in the concert hall.”

There will be no rear-firing A.R.S. jokes here from me.

I didn’t know about any of this when I heard at those hi-fi shows, from both Von Schweikert Ultra loudspeakers, those unique and enveloping spatial qualities even under challenging acoustical conditions. Sometimes ignorance can be enlightening.