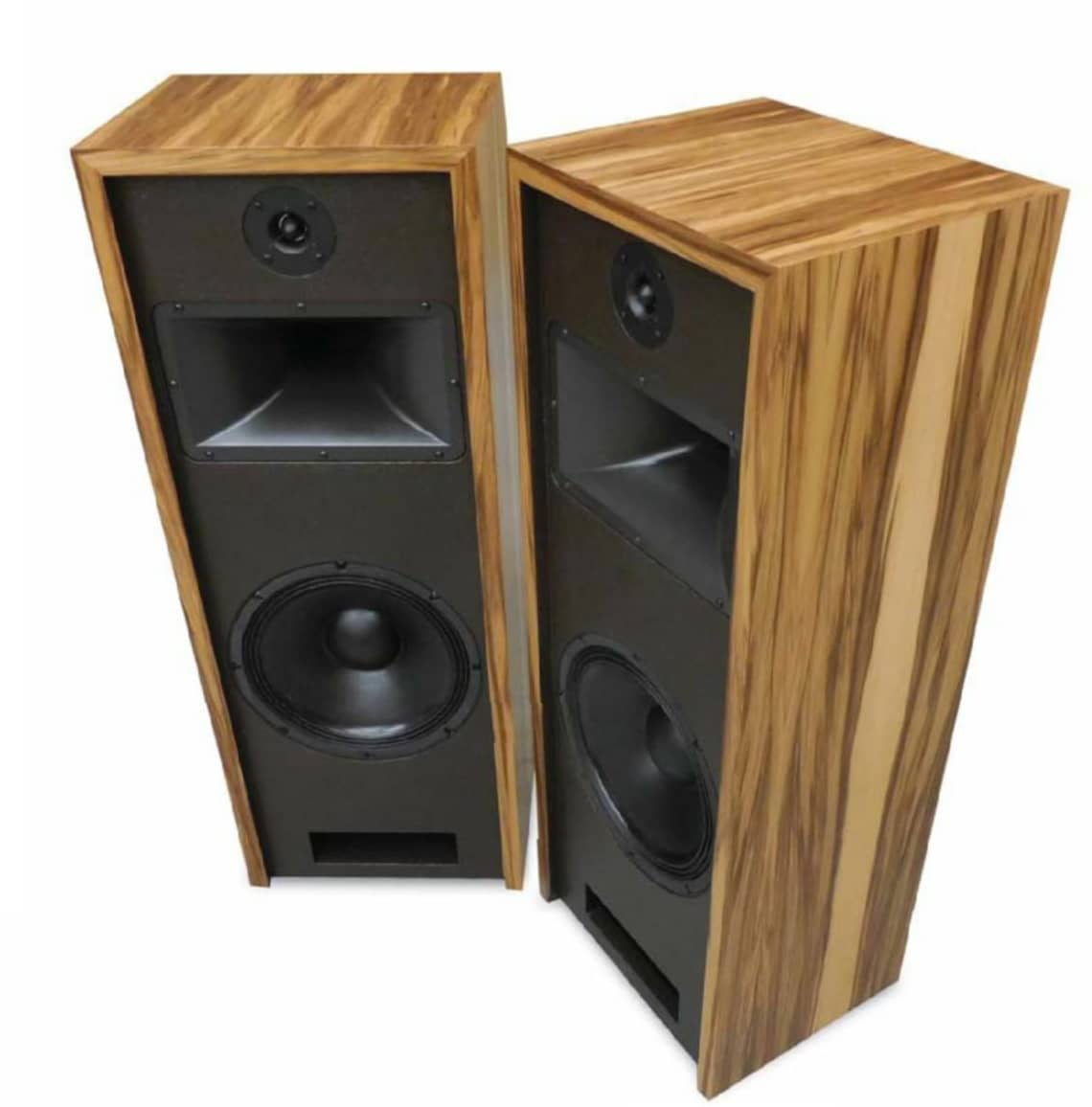 Volti Audio’s room at the 2020 Florida Audio Expo show-cased the company’s newest offering, the $20K/ pair Rival Special Edition hybrid horn loudspeaker. With a custom cabinet and exotic Bubinga wood veneer, it easily counted among the best-looking loudspeakers I saw at the show. I also found the Rival SE’s sound, powered by Border Patrol amplification, intoxicating. I placed it near the top of my shortlist for Best Sound at Show.

Not that a good Volti performance came as a surprise: Stereophile ’s Ken Micallef was impressed, in his 2017 review, with the ability of the Volti Audio Rival to portray music of all genres with “supreme fidelity.”1 Four years after its release, the Rival remains in Class A (Restricted Extreme LF) on Stereophile’s Recommended Components list.2

The Razzes gave a remarkably real-sounding impression of the players and the big 30th Street Studio space.

At the Florida Expo, I talked at length with Greg Roberts, Volti’s “majordomo, designer, and engineer,” as KM called him in his Rival review, about the execution of the Rival SE’s cabinets. I found fascinating his description of the painstaking process required to create the SE’s graceful curves. Roberts later contacted me about the impending launch of his newest product, the floorstanding Razz loudspeaker. Volti’s location—just a few hours from my home—made delivery of a review sample easy, an important factor in the weeks leading up to the COVID-19 crisis. Arrangements were made.

“Razz” is an unusual name for a loudspeaker—it’s either a poker game or a snort of derision—but this speaker’s remit is impressive: At $4999/pair, the Razz would be Volti’s lowest-priced loudspeaker. It would offer design and construction quality—as well as sound—nearly on par with Volti’s pricier loudspeakers, the Rival and the Vittora.

Volti Audio builds its Vittora and Rival loudspeakers to order. Early on, the cabinet parts used to build those speakers were cut and routed by hand in-house. Now, Roberts uses a nearby CNC shop, which laser-cuts the 1-thick Baltic birch plywood panels that all Volti speakers are made from. This approach allows the Razz to be built more quickly and efficiently but to a very high standard. It was the first step toward a degree of automation. The Razz is the latest step: It’s the first Volti model that will be available off-the-rack.

The Razz is a three-way hybrid-horn design. High frequencies are handled by a 1 horn tweeter with a neodymium magnet. Midrange frequencies emit from a 2-outlet compression driver with a neodymium magnet and dome-shaped composite diaphragm feeding into the throat of a shallow, heavily damped, wide-dispersion horn. A 12, high-power, high-sensitivity reflex-loaded woofer provides the bass, augmented by a front-facing horizontal port.

The integration of the Razz’s three drivers is consistent with the configuration found throughout the Volti lineup: the three models are voiced to have similar sonic character. The more modestly proportioned cabinet dimensions of the Razz—its volume is about 40% smaller than that of the Rival—means that a smaller (but hardly small) woofer must be used: the Razz’s 12 die-cast woofer doesn’t reach as low as the 15 units employed in the Rival and Vittora, but the specified 35Hz isn’t bad. All Volti Audio models feature hard-wired crossovers, but the user-customization options found in the more expensive models aren’t available on the Razz.

The base-price Razz comes in one of four real-wood–veneer finishes: walnut, mahogany, American black cherry, or maple. A black, stretch-fabric-covered magnetic grille comes standard. The premium veneer used for my review sample ($5999/pair) was Red Gum, a swamp tree native to Louisiana and Mississippi that has an interesting, pronounced grain pattern. A hand-rubbed, clear-lacquer finish highlights the natural color of the veneer. Other premium-finish options include bosse cedar, rosewood, and blackened ash; all of these ship with a custom-woven, fabric-covered, magnetized grille that adds an authentic vintage look.

This all comes together to make a beautiful piece of furniture—or, rather, two pieces. Roberts describes the finished products as “100-year” loudspeakers, and the impressive execution leaves me with little reason to doubt that claim. Detail and finish work rank among the best I’ve encountered. The cabinets are heavily braced and well-damped; a firm rap on any surface yields a dull thud—nothing more. The wood-veneered cabinets are visually striking; the hand-rubbed Red Gum is easily the most beautiful wood I’ve seen on a pair of loudspeakers. I liked it even more than the exotic Bubinga wood on the $20,000/pair Volti Rival SEs I saw at the Tampa show.

At 97dB/W/m, the Razz specs out a few decibels less sensitive than the Rival (rated at an astonishing 100dB/ W/m). Roberts prefers tube amplification, especially EL-34 tubes. He believes that his speakers work well with any amplifier, but a few solid-state models get his nod of approval; any amp by Nelson Pass will do.

I had on hand the Bel Canto e1X I reviewed for the June issue; Roberts said it would work fine but that a push/pull tube amplifier would bring a different level of performance, so I also acquired a PrimaLuna EVO 300 integrated amplifier, equipped with EL-34s, to use in this review. Roberts assured me that the EVO 300’s synergy with the Razz should be excellent.

Roberts arrived at my home equipped with everything needed to move the Razzes off his truck and into my daylight basement listening room. The speaker boxes were easily hand trucked down the driveway and along a chipstone path to the basement entrance. At 107lb each, boxed, the Razzes aren’t particularly light, but they’re also not so heavy that they’re difficult to wrangle, especially when stairs aren’t involved. We unpacked them in an unfinished landing area and rolled them down the hallway to their final destination.

My Zu Audio Omen loudspeakers live about 7' out from my room’s rear wall and about 2' from the side walls, with just a little toe-in. Greg asked if I had any objections to setting up in a very different, near-field arrangement; I had none, so he placed the Razz pair in approximately the same positions the Omens had occupied—but then moved my listening chair forward about 3' so that it was closer to the Razzes than the distance between them.

Roberts used a tape measure to align the centers of the tweeters, then, rather than point the tweeters straight ahead, or directly at my head, or somewhere in between, he pointed the left tweeter at the right, outside edge of my chair and the right tweeter at its left outside edge, so that their axes crossed slightly in front of me.