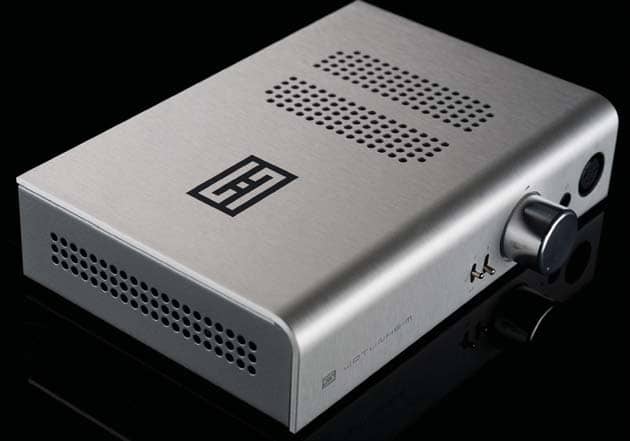 Today is March 22, 2020. Outside my door, the plague is gaining intensity. People are wearing masks and rubber gloves. But outside the window by my desk, there is a Callery pear tree, and every day its blossoms are becoming more intensely white. Each day its brightness (measured in units of luminous flux) increases noticeably. The optical radiance of its zillionpetal whiteness illuminates the whole garden.

Looking out that desk window, I notice also the spring-warmed radiance of the sun, the racing shadows of ravenous sparrows, and daffodils. Each one of those things, in its way, affects my thoughts about what matters in life: art, music, and [cough] high-fidelity audio reproduction.

Unavoidably, these peculiar circumstances have caused me to reconsider: What are the most important criteria for music reproduction? Today I am thinking they might be levels of brilliance, measured in units of awestruck pleasure, and some tangible sense of the life force that propels all music-making. Looked at from a different point of view, accurate tone character is always ahead of whatever criterion is in second place.

And what a lucky guy I am. Sitting right in front of me, on a pine-board shelf, at arm’s reach, is a Schiit Audio Jotunheim R amplifier (which I call the “Jot-R”) powering the RAAL-requisite SR1a full-range ribbon headphones hanging directly under it. Right next to the Jot-R is the “Jot”: a regular, non-R Schiit Jotunheim (in silver; the Jot-R only comes in basic black), powering a pair of HEDD Audio full-range air motion–transformer HEDDphones. How much brilliance and life force can this exotic hardware recover?

Schiit describes the Jotunheim as a “configurable balanced desktop headphone amp and preamp.”

By “configurable,” Schiit means you can choose to add a “True Multibit” DAC, or an AK4490 Balanced DAC, or a passive phono equalizer. Mine came unconfigured.

By “balanced,” Schiit means the Jotunheim provides balanced (XLR) and single-ended (RCA) line-level inputs and balanced and single-ended preamplifier outputs. There’s also a four-pin (XLR) balanced headphone output in addition to the standard, unbalanced 1/4 headphone output. It also means that the Jot is “balanced and differential from input to output, including a 4-gang Alps RK27114 potentiometer,” Schiit’s Jason Stoddard wrote in an email. “No conversion to SE for internal processing.”

By “desktop,” Schiit means that the Jotunheim is a small, 9 × 6 × 2, solid-as-a-tank object that looks Danish Modern–cool in a way that will make its owner proud to display it for years to come.

By “headphone amp,” Schiit means “headphone AMP!” because the Jot has enough power to drive almost any headphone in my collection.

Playing Alabaster dePlume, the Euforia made the HEDDs sound effervescent, with a brightly lit transparency.

On its front panel, the Jotunheim offers switchable gain (6dB or 18dB) and both 1/4 TRS and four-pin XLR headphone jacks.

The Jotunheim uses only discrete components in what Schiit calls its “Pivot Point” current feedback topology.

The Schiit website assures potential customers that Schiit’s Jotunheim amplifier is “ready for any headphone.” “IEMs? Sure. HE-6? Sure.” “[J]ust be confident that you can plug any headphone into Jotunheim and get great sound, with ultimate power and authority.”

The main song I used was Bob Dylan’s new “Murder Most Foul,” released on March 27 as a gift to his fans (24/96 FLAC Columbia/Qobuz). This song is almost 17 minutes long and requires repeated listening to grasp its hidden intentions and the satisfying quality of its recording.

The HE6se is probably the hardest to-drive headphone on the market. Powered by the Jotunheim, I was hard-pressed to notice anything but fresh vigor emanating from Dylan and the HE6se. They had good flow and momentum. They had strong bass, a textured midrange, and vivid, detailed highs. Best of all, the HE6se gave me an open view of Dylan’s intimate monologue and how it was recorded. Headphone amplifiers with insufficient “power and authority” will get dull and slow and unnaturally dark driving the HE6se. The Jot did not.

My floor standing system made this song, which is about the Kennedy assassination, sound too long and hard to follow. It took me three tries to make it to the end.

With the Mytek Brooklyn+ DAC driving the Schiit Jotunheim through the badass HiFiMans, I played it through twice—for fun—and understood every carefully articulated word, as though Dylan was in my room speaking to me in private. Previous to the Jot, only the ZMF Pendant and Pass Labs HPA-1 amplifiers had played the HE6se with more life force and transparency.