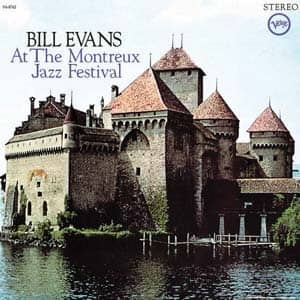 The late pianist Bill Evans may be the most reissued jazz musician in the catalogs of audiophile record labels. There are reasons for that: He played standards, mainly ballads (many audiophiles shun the avant-garde), almost never in groups larger than trios (stereo systems often do best with small-scale ensembles). Whether by design or chance, his best recordings were miked by superb engineers. Perhaps because of that, proprietors of high-end labels have cherished Evans’s music with heightened passion.

Chad Kassem’s Analogue Productions has reissued most of Evans’s albums, some more than once. The pièce de résistance is Riverside Recordings, a limited-edition boxed set of all 11 albums Evans made from 1956–62, each mastered at 45rpm and spread out on two slabs of 200gm virgin vinyl—22 slabs in all. The highlights of that set are the two masterpieces from 1961, Waltz for Debby and Sunday at the Village Vanguard, both recorded live at that New York jazz club with Paul Motian on drums and Scott LaFaro on bass. Ten days later, LaFaro, one of the most innovative bassists ever, died in a car accident at the age of 25. Evans’s subsequent four albums for Riverside have moments of greatness, but they’re a mixed bag.