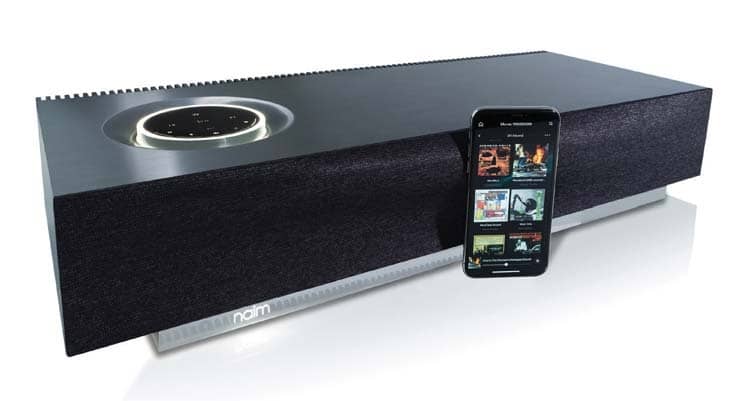 The fog hung ominously thick as I climbed the 194 steps leading up to Red Rocks Amphitheatre. I’d been in Denver for the 2018 Rocky Mountain Audio Fest, and the weather had suddenly turned damp and cold—unusually so for early October. Due to dense fog and possible ice, my drive in from another Colorado city had been slowed. Though I’m in good shape, I was unaccustomed to the altitude, which also slowed my pace. So, I was arriving shortly after the opening act had started.

But when I heard the heavy synth swells and somber vocals of Sharon Van Etten performing “Jupiter 4” (named for the Roland synthesizer) emerging through the dense mist, I forgot about these mild physical discomforts. Amid the hypnotic swirls and rhythms and eerie atmosphere, my pre-concert excitement returned. The song became the perfect soundtrack for the moment.

Van Etten’s Remind Me Tomorrow was one of my favorite albums of 2019. The memory of that concert, and the feeling I had approaching Red Rocks, resurfaced as I listened to this track through the Naim Mu-so 2nd Generation network streaming player. I won’t give this small, rectangular all-in-one box full credit for taking me back there, but it must have captured something about the musical experience to trigger my reimmersion into that chills filled night. The Mu-so must be getting some things right. But how? And what, precisely? After all, it’s just a one-box network player with built-in powered speakers.

Naim is known as a music-focused, high-performance audio manufacturer, and the company says that the same technical and design teams work on all of the company’s product ranges. The Mu-so 2nd Generation may be entry-level, but it contains the same streaming platform as Naim’s flagship ND 555 streamer.

The Mu-so 2nd Gen under review looks similar to the original Mu-so, but everything inside is updated except its class-D amplifiers.

The Mu-so all-in-one is comprised of an active three-way speaker system driven by digital amplification, with DSP with a customized XMOS processor. It offers network capabilities and a streaming platform with several built-in music services, Qobuz being the latest to go native-Naim.

Inputs include network (Ethernet), optical digital (TosLink S/PDIF), HDMI ARC, and USB (Type A), in addition to a port for the supplied power cord. The sole analog input is a 3.5mm jack, which I didn’t have a use for, but which will do in a pinch for those who want a lossless, wired connection from a portable device.

Networked streaming over Wi-Fi, or a wired Ethernet connection, is the main event. According to Naim, the Mu-so 2nd Gen’s Wi-Fi processor supports both 2.4 and 5GHz frequencies and is more stable and five times faster than the Wi-Fi capability in the original Mu-so.

Via Skype video, I spoke with Simon Matthews, director of design for Focal and Naim, and Steve Sells, technical director of electronics for Naim, to find out more about the ins and outs of the latest Mu-so. 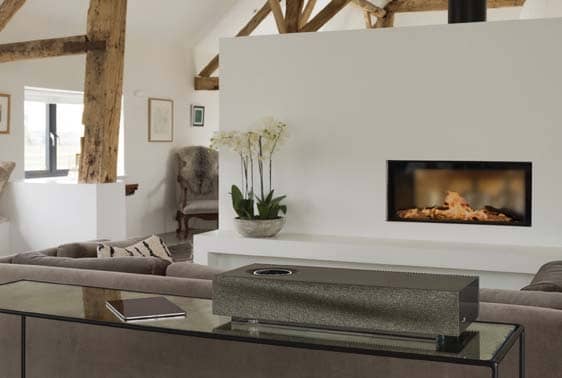 Am I the only one who didn’t know that the name of this music box—Mu-so—comes from “muso,” a British term for an avid music lover who owns high-end stereo gear?

Longtime audiophiles will likely be familiar with Naim, but here’s a bit of background. Naim Audio was founded in 1973 by Julian Vereker, a race car driver and self-taught engineer with a passion for music. The company made its name in analog but has been producing digital products for decades. In 2011, Naim Audio merged with French loudspeaker and driver manufacturer Focal; the two are now part of the VerVent Audio Group. Naim’s operations are based in Salisbury, England, and its components are hand-made in the UK. Naim also provides in-car and on-board audio systems for Bentley automobiles and Princess Yachts: In 2008, digital signal processing (in tandem with the SNAXO active crossover) was used to address concerns such as time delays, compression, and loudness in Bentley’s 15-channel speakers. Certain aspects of those systems, including DSP and crossover techniques, would later help inform the Muso designs. However, the Mu-so deploys minimal DSP usage because the designers want to avoid tampering with the music too much.

“Our criteria for what’s a musical experience with our product are probably quite different to the mainstream, where they will probably heavily apply DSP to mask deficiencies within the system, create pseudo kind of amplike effects,” Matthews said. “And we actually are very lean and targeted with any DSP that we apply. Most of the time, we consider it the enemy of the artist’s intention.”

“It’s very tempting to make the DSP flatten everything out,” Sells added. “I think you just suck the music out of it.”

Sells explained that at first they applied the FletcherMunson curves for “loudness” compensation—to compensate at lower listening levels (and to a lesser extent at higher levels) for the frequency ranges at the upper and lower ends where the ear is naturally less sensitive. But in the end, they used their own, modified curves. “While [the Fletcher- Munson approach] is scientifically proven, we found it didn’t work in the listening room, and so we had to modify it. It just became too much boom and tizz,” Sells said. “Ignore the books and listen to your ears and see if you’re enjoying it at low volume and high volume.” This led to a Loudness Control option that can be switched on or off in settings. (For some jazz or acoustic music, I preferred it “off,” but “on” worked best for most everything else.)

Instead of a traditional DAC, the Mu-so uses an XMOS processor with custom software Naim developed, Sells continued. “It’s what’s called a deterministic processor. Every time there’s a clock cycle, we know exactly what’s going on, so it maintains that really good timing throughout. … It’s running with 16 cores; it’s an incredibly agile processor. And it takes very little power consumption but does 2000 MIPS (million instructions per second) versus the first Mu-so’s 150 MIPS DSP.