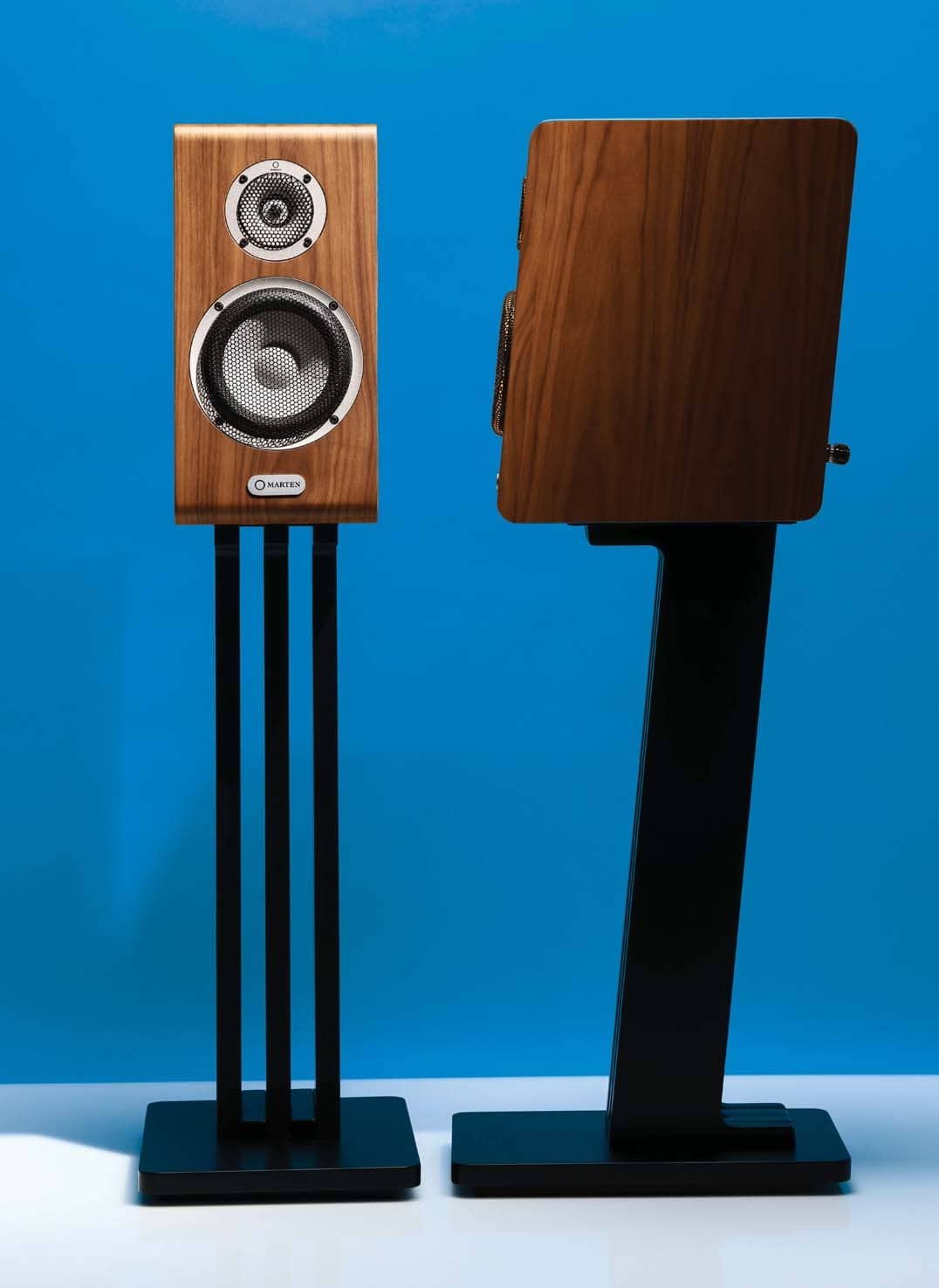 At High-End Mässan 2015—Stockholm, Sweden’s big audio show—Marten planned to show off its finest loudspeaker to the hometown crowd. Marten took the hotel’s largest demo room, located at the prime location at the top of the stairs, at the entry point to the 2nd-floor exhibition space. There, Marten set up a super system (see photo p.5) featuring the Coltrane Supreme 2 loudspeaker, a towering monolith probably intended more for Asian consumption than for Swedes to bring home to their modest digs. In preshow demos, the Coltranes filled the large room with impressively transparent and effortless sound that was sure to impress show attendees.

But before that could happen—just before doors opened to the public—someone who shall not be named, who worked for another company participating in the room, decided it was a good time to play the Telarc CD Tchaikovsky: 1812, with Erich Kunzel conducting the Cincinnati Symphony Orchestra.

Margaret Graham’s review of the LP and J. Gordon Holt’s later CD coverage both warn of possible woofer damage. 1 “If your power amp is capable of ripping your woofers apart, the cannon shots will give it the opportunity to do so,” Holt warned. Telarc issues a similar warning in its notes.

Apparently, the individual who played this 1812 Overture at superhigh SPLs hadn’t read the booklet. When the cannons shot, they took out a few Coltrane 2 drivers—and not to dinner and a movie.

The catastrophe forced Marten to substitute one of its small, two-way standmounted speakers—I think it was the original “Duke”—which had been intended as a static display. They placed the standmounts adjacent to the Coltrane towers. That’s what show attendees heard until, as I recall it, late Sunday when new SB Acoustics drivers arrived and were installed.

Surprise: Those small standmounts also filled the room with transparent sound. I’m not sure the Marten boys unless asked, let on which speakers were playing. I bet most attendees assumed the Coltrane 2s were playing.

That experience demonstrated to me that the company, which is best known for floorstanders, a few of which I’ve reviewed over the years, could also do high-performance standmounts.

Marten names its speakers for jazz greats. The Oscar Duo— there’s also an Oscar Trio, a floor-standing three-way—is named for Peterson, not the movie statuette. The Duo has an MSRP of $6995/pair—add $995/pair for stands—making it the company’s least costly loudspeaker by a margin of about $4000.

SB Acoustics manufactures the Duo’s two drivers to designer Leif Olofsson’s specifications. The 7 rear-vented, reinforced-ceramic mid/bass driver features a cast-aluminum basket and a vented, copper-sleeve pole-piece said to contribute to lower distortion. The driver is said to behave historically in its frequency range, with no breakup modes.

The “extremely rigid,” “phase-optimized,” “high-efficiency” ceramic-dome, copper-capped tweeter, featuring a neodymium magnet system, is said to exhibit a “high break up mode” (which I assume means its “break-up” frequency is further than usual above audibility) and “flat, even high-frequency response.” “Perfect” rear-chamber coupling is said to be achieved via an optimized, vented pole-piece.

I’ll happily leave the crossover design’s specific implementation and electrical characteristics to John Atkinson’s measurements, but here are some basics: The crossover is said to be second-order (12dB/octave), to be centered at 2500Hz, and to use high-quality copper-foil air-core coils, polypropylene capacitors, and metal-foil noninductive resistors. Crossover design is Olofsson’s enduring passion.

Frequency response is claimed to be 37Hz–20kHz ±3dB, which, for such a small box, sounds incredible. The specified sensitivity is relatively low, at 86dB/m/2.83V—there’s no free lunch in speaker design—while the impedance is rated at 6 ohms nominal with a 3.1-ohm minimum.

Internal wiring is from Jorma, a Swedish company Marten has long been associated with and which it purchased after Jorma’s founder passed. The speaker terminals are WBT Nextgen, a single pair, not biwirable.

Marten Audio’s American importer, VANA Ltd., supplied Marten’s attractive triple-riser stands, which were designed specifically for this speaker. The speakers bolt on to the stand’s top plate. That plus the large-footprint base produce not just acoustical stability but also child- and dog-proof stability, which for many is an important consideration.