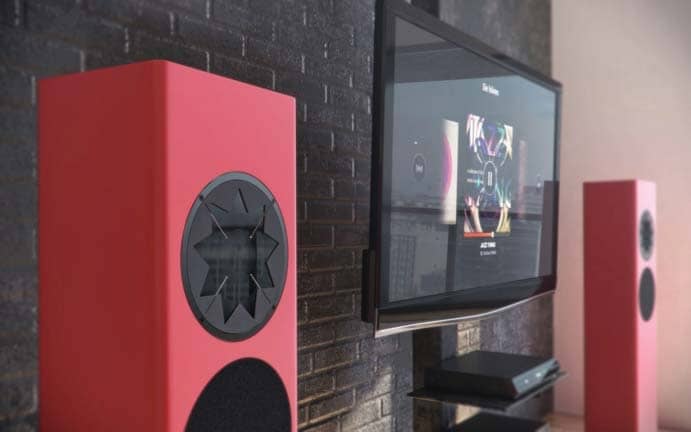 Everyone who reads my loudspeaker re-views knows: I wish box speakers did not sound like box speakers.

Plus! I wish all speakers sounded focused and transparent like LS3/5a’s or vintage Quads. I also want them to be uncompressed and play large, with window-shattering power and floor-shaking bass. And while I’m wishing . . . I’ll take a little glow and sparkle and voodoo magic as well.

Unfortunately, few loudspeakers do all that. And the ones that can cost crazy cash.

But there might be hope. I have discovered a radically engineered floor-standing speaker that maybe, just maybe, does a lot of all that—for a lot less than crazy cash. That speaker is the Manger p1, manufactured in Mellrichstadt, Germany. It costs $14,995/pair to $18,995/pair, depending on the finish.

1968: Vexed by what he perceived as the inherent limitations of loudspeaker cones, Manger Audio’s founder, Josef Manager (1929-2016), began developing a new coneless type of loudspeaker driver. His first finished design—a flat, low mass, wide-bandwidth, multilayered, impregnated-textile disc—appeared in 1974. Manger described this membranelike disc as “highly elastic in its plane but inelastic in bending.”1 Unlike most loudspeaker drivers, the diaphragm of the Manger Sound Transducer (MST) does not operate historically. Instead, voice coil excitations generate transverse waves along its flat surface, like ripples in a pond.

Manger described the goal of his research as “[minimizing] time-delaying energy storage during the transformation of the electrical form of energy into the mechanical form.” His daughter, Daniela Manger, who now serves as Manager Audio’s chief engineer and CEO, explained via email that “the rigidity of this thin flexible diaphragm decreases from the center to the outside at an equal ratio, similar to the basilar membrane in our ear. High frequencies expire quickly in the inner area of the membrane, while lower frequencies move concentrically to the edge; where they encounter a matched termination and, a star-shaped absorptive damper; which, prevents reflections from returning from the edge.”

The Manger website claims the MST’s bandwidth is 80Hz–40kHz, with a voltage sensitivity of 89dB/W/m and a rise time of 13μs. The website also suggests that the MST “represents a frequency-independent impedance for the driving force. . . . It behaves like an ohmic resistance in a power circuit.”

After pestering Daniela Manger to tell me exactly what the MST’s membrane is made of, she sent an explanation: “It is a three-layer sandwich, two very thin outer foils and in between, there is a plastic with special properties. The recipe was developed by my father and we manufacture the plastics in our own factory.”

The Manger website describes another interesting Josef Manger innovation: a single voice-coil that is really “Two voice-coils (on one former), mounted mechanically in series and switched electrically in parallel.” According to Ms. Manger, this produces a long but “extremely light” 70-mm driving coil capable of ±3.5 mm of displacement, with a total weight of only 0.4 grams. Manger’s dual-coil voice-coil is energized by “no less than 15 neodymium magnets concentrating their magnetic field of 1.32 Tesla on an air gap of only 0.95 mm width.”2

According to Ms. Manger, “My father realized about 50 years ago, that a musical instrument reproduced by a cone loudspeaker does not sound natural. The Manger driver was developed because he realized: the problem is not in the frequency domain but in the time domain.”

In the slender p1, the MST is loaded by an 8-liter sealed sub enclosure and is crossed over at 360Hz to an 8" carbon fiber/paper sandwich bass driver, residing in its own larger sealed enclosure. The p1 cabinet measures 44.8" tall by 10.6" wide by 8.4" deep and weighs 61.7lb. It is available in an almost infinite variety of colors and finishes including various shades of matte or gloss finishes or wood veneer. My review samples were in a Makassar ebony matte finish. 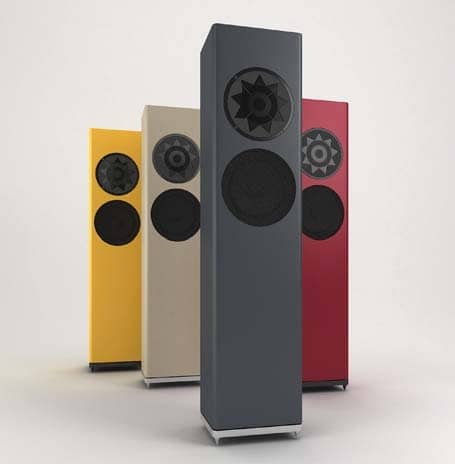