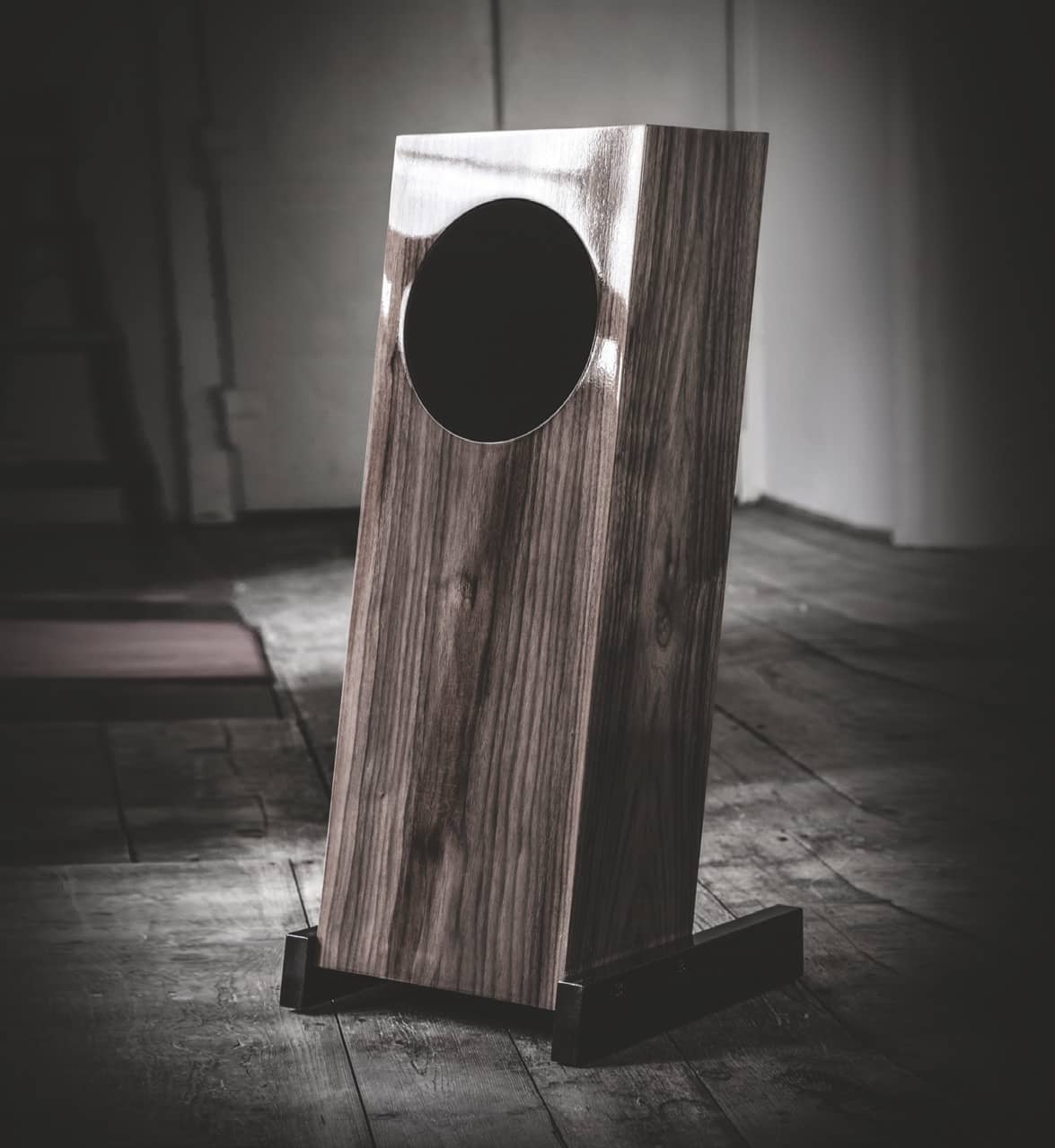 I first encountered T&F’s approach when I reviewed the above-mentioned Sun,1 which proved to be the best small loudspeaker experience I’ve ever had. And I do mean small, as in 8.25" high by 6.25" wide by 5.5" deep and weighing a scant 7lb. The Sun did tone, soundstaging, image weight, and dynamics so well for its size that I felt compelled to review the No.3 speaker in Trenner & Friedl’s lineup, the floorstanding Osiris ($8500/pair).

T&F likes to name its speakers after Egyptian deities, including Osiris but also Ra, Isis, and (generically, or maybe not—see below) Pharoah. As explained to me via email by Bob Clarke of Profundo, which distributes T&F products in the US, company co-founder and principal designer Andreas Friedl also identifies his speakers with jazz musicians—hence, “Pharoah” is also, very likely, a reference to Pharoah Sanders (note the spelling), “Ra” to Sun Ra. 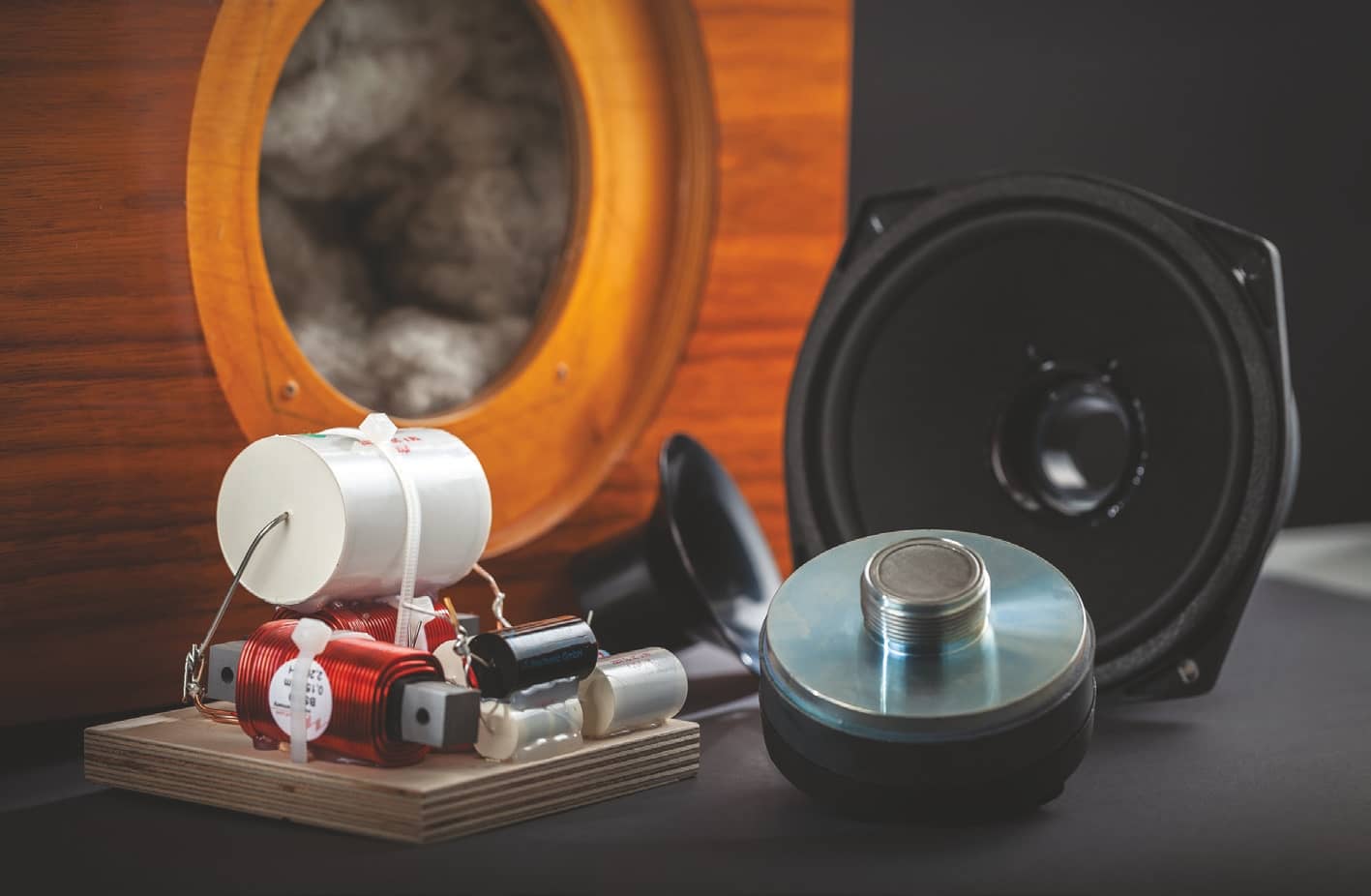 The Osiris’s eye-catching 10-degree rearward slope gives it a windswept look recalling to my crusty memory the "blown away guy" from Maxell's print and television advertisements of the 1980s. The Osiris's proportions—it measures 33.5" high by 14.25" wide by 14.56" deep—reveal it for what it is: a small fioorstander that should fit well in most living rooms.

On their website, T&F claims that proportions arc determined by the Golden Ratio, that irrational number with mathematical, architec-tural, and mystical signifi-cance; designing a loud-speaker cabinet with "golden ratio" dimensions can avoid overlapping internal reso-nances. But when I asked Friedl how he arrived at the Osiris's partiadar dimensions, he responded with an email, writing, "the dimensions are chosen to fit perfect to the woofer [that thc] Osiris should be a kind of egglaying, milk-hearing woolly sow." To my immense relief, Clarke later explained that this is a German-based idiomatic expression for "something that can do many things, similar to jack-of-all-trades, Swiss Army knife, etc."

"The key to a cabinet design like this," Clarke elaborated, Is always going to be finding the correct size/shape and loading scheme, here, a hybrid horn-port, to support optimal bass performance of the particular woofer being implemented, as well as HF extension, to project an image and soundstage, even while placed near the wall." The Golden Ratio thing is just a guideline, not a hard-and-fast rule.

Clarke explained that the sloped-back design of the Osiris was partially a cosmetic choice to diversify T&Fs heretofore boxy-looking loudspeaker line, but the design is also functional. “The more irregular internal shapes of the Osiris cabinet help to reduce internal standing waves,” Clarke wrote in an email. “Also, sloped speaker fronts create shifting radiation angles of the drivers relative to the room and listener. If the radiation pattern is angled, it will help to reduce standing waves as the frequency moves upward and becomes more directional. It also puts the listener a bit off-axis in the tweeter radiation pattern, which tends to be less directional in this area, so there’s less of a head-in-a-vise ‘sweet spot.’”

Two black-painted wooden rails, each measuring 14.25" long by 1.125" wide by 3" high, attach to the bottom of the Osiris, forming its base. This creates a small (approximately 1") space between the floor and the bottom of the cabinet, which is entirely open, exposing a separate V-shaped wooden internal “port” attached within the lower portion of the cabinet. The “V-port”—my phrase—measures 6" wide at its base and 14" high, fanning out at the top of the V to cover almost the entire width of the cabinet.