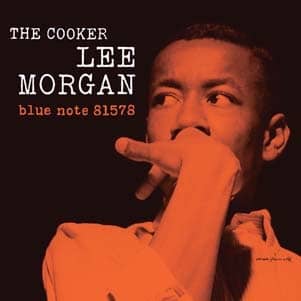 Jazz collecting has an archaeological aspect to it; it’s one of my favorite aspects of the hobby. Far more than most other genres, jazz evolved over its first several decades, and it did so on the record. Every musician was distinctive, changed from session to session, and interacted with other musicians in ways specific to the ensemble, the time, the place, and the mood. Every record, live or from a studio, is a snapshot of where jazz was precisely then and there. You can get to know the musicians’ styles, and with practice, you can really hear what’s going on.

I called it “archaeological,” but most archaeology is dry, dusty stuff, at least compared to jazz. Archaeologists dig for hours, painstakingly, for a bone fragment or a small piece of a pot. With jazz, you buy a record, put it on the ’table, and access the vital force of a moment in musical history.

In the ’40s, jazz’s mainstream (as we think of it today) moved away from blues and toward harmonic experimentation and abstraction. A second branch, exemplified by alto player Louis Jordan (the yang to Bird’s yin), went the other way, embracing blues and straight-ahead rhythms and blazing a trail toward rock’n’roll. But there was always cross-fertilization, and in the ’50s the bebop-influenced jazz mainstream began to crave an earthier sound and to move back toward blues.