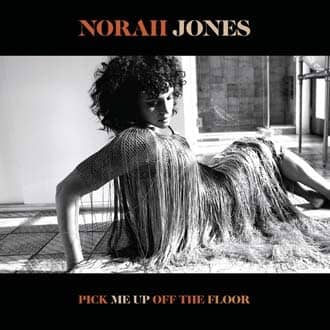 Pick Me Up Off the Floor

It has been almost two decades since Norah Jones emerged shyly from obscurity into astonishing pop/ jazz stardom, first with 2001’s First Sessions EP, her Blue Note launchpad, then with 2002’s Come Away With Me, which wowed the world. It has been surmised that Jones’s self-described “mellow piano music” salved the pain of 9/11—whatever the reason, the album won five Grammy Awards and is reported to have sold some 27 million copies: more than Eric Clapton’s Unplugged and slightly fewer than The Eminem Show. She followed that up with three more million-selling albums during the two-thousand-and-aughts. Along the way, she made lots of friends and collaborators: country icons Dolly Parton and Willie Nelson; rock/pop acts Danger Mouse and Foo Fighters; jazz icons Herbie Hancock and Wayne Shorter.

After that remarkable first decade in the spotlight, the singer-songwriter with the beautiful voice didn’t settle into recycled predictability. 2012’s Little Broken Hearts was completely different from anything she’d done before, and 2016’s Day Breaks marked a return to the piano-driven, jazzi nfused repertoire of her early career.

For a while, instead of releasing new albums, Jones collaborated on a series of singles: with soul queen Mavis Staples and hip-hop vocalist Tarriona Tank Ball (issued on opposite sides of a 7 single and in other formats); with Wilco’s Jeff Tweedy and Brazilian singer-songwriter Rodrigo Amarante; with drummer Brian Blade (her drummer since Come Away With Me) and Nonesuch pianist/producer Thomas Bartlett. In 2019, she released Begin Again, a seven-song, 28-minute EP featuring collaborations with Tweedy and Bartlett.

Jones’s new collection, Pick Me Up Off the Floor, an 11-tune masterpiece of personal and societal politics, continues to mine those collaborations.

It also marks the first time she built many of her songs on her own poetry: Jones wrote the poems without music in mind, then edited the words into song shapes delivered by duos, trios, quartets, and quintets with, among other instruments, trumpet, tenor saxophone, Hammond B-3 organ, and pedal steel. The introspective lead-off number on PMUOTF, “How I Weep,” is a poetic dive on the theme of loss “that’s so deep/That it hardens and turns into stone.” Jones plays a spare, staccato rhythm on piano, accompanied by a slowly swaying string section: cello (Paul Wiancko) and viola (Ayane Kozasa). Beauty in angst.

Brian Blade’s drums anchor six of the tunes. Tweedy gives two of his cowrites a rhythmic edge on acoustic and electric guitars. The last number, “Heaven Above,” is a slow and sober story about reaching “the fork in the road” and reminiscing about when “the pieces were in the right place/Sent from heaven above.” Tweedy brings an Americana vibe to “I’m Alive,” a celebration of affirmation in which Jones repeats, in the chorus, “She’s alive” while “the world implodes” and “The heads on the TV bow/ They take the bait/They mirror waves of hate.”

Pick Me Up Off the Floor—the title itself—suggests both a desperate fall and an enlightened request for help. On the desperate side, there’s the plaintive, vacant-lover “Were You Watching?,” co-written by Jones’s poet friend Emily Fiskio and featuring anguished violin support from Mazz Swift. There’s anger in the devilish “Flame Twin,” with Jones playing piano with a pounding charge, John Patitucci blasting his electric bass, and Pete Remm, the singer’s husband, embellishing the rancorous mood via electric guitar, Minimoog, and Hammond B-3 organ.

There’s a glimmer of hope. In the gripping “Heartbroken, Day After,” Jones sings, “My heart is racing/To find a way out of this place/…We’ll have to hurry/And climb out of this mess we’ve made.” An exit? And on the album’s most lyrical number, “Stumble on My Way,” with Dan Iead’s sweet pedal steel, Jones may not have steady footing but she is on her way, kissing the dawn of a new day even as she stumbles.

Although the album was completed before the onset of the pandemic, Pick Me Up Off the Floor feels right for these times, emanating fear, grief, and uncertainty amid insults and chaos. It’s an album of downtrodden times but also of yearning for better. Jones sings, on “This Life,” that while “this life as we know it is over” there’s also a challenge “to breathe outside the lines,” to “live in this moment and finally be free . . . No chains holding me.” 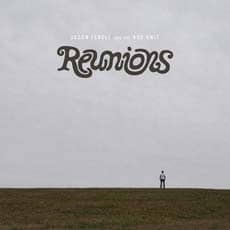 JASON ISBELL AND THE 400 UNIT

I came to Jason Isbell late, despite our shared Alabama roots. Isbell rose to prominence as a guitarist and songwriter for southern roots-rock band Drive-by Truckers. Based just on the name, the 400 Unit could be a marching band at some Alabama university; in fact it’s Isbell’s current backing band, named for the psychiatric unit at a hospital in Florence, Alabama. Musically, a point of comparison could be the E Street Band circa Tunnel of Love, although the 400 Unit is looser, more country, a little bit swampy.

Isbell is at his best solo—Southeastern, his previous album, is superb—but Reunions is very good. Isbell is a gifted lyricist (“It used to be a ghost town until the ghost got out,” he writes) and melodist, and these songs are full of hooks. Songwriting touchpoints include Neil Young and Springsteen, to whom there are self-conscious, drugged-out allusions: “Remember when we took too much?/To get a little of the human touch.” Some of Isbell’s lyrics—“Poison oak to poison ivy/Dirty jokes that blew right by me/ Mama curling up beside me/Crying to herself”—are likely poignant to at least half the US population: Daddy, please come home.

I listened to the 24/96 download, purchased from Qobuz, and also to the 24/96 Qobuz streaming version. For some reason, the download sounded much better. It’s not quite an in-the room recording, but I can’t remember a record where the lyrics were easier to understand. Dynamic range is ordinary—DR Meter gives it a 7—but there’s not much to object to, sonically.

In late May, Reunions hit the top of both the country and rock album charts. 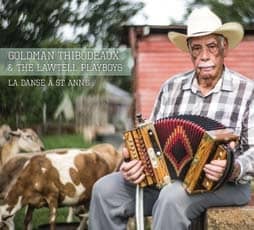 GOLDMAN THIBODEAUX AND THE LAWTELL PLAYBOYS

One of the last surviving exponents of the “la-la” music that preceded zydeco, the 88-year-old singer-accordionist is heard here with his sextet at a Thibodeaux family reunion at St. Ann Catholic Church in Lawtell, Louisiana. Thibodeaux is heir to the legacy of legendary singer-accordionist Amédé Ardoin, who deeply influenced both white Cajun and black Creole styles.

Slamming drums and pumping bass bring tradition up to date as Thibodeaux performs long-established and original material with rollicking gusto. Due to the limitations of his diatonic button accordion, every tune is in the same key and all the songs but one have essentially the same vamping backbeat groove. What a groove it is.

Accordion and fiddle (played by label owner Louis Michot) front the band, with guitar and frottoir (a metal rubboard) providing enrichment. Thibodeaux sings, whoops, and speaks to the audience—“enjoy the lunch and please come help us”—while the instruments supply propulsive drive. Veteran producer Mark Bingham gives the audio unusual presence for an informal live recording, although the sound quality varies from track to track and even within tracks.