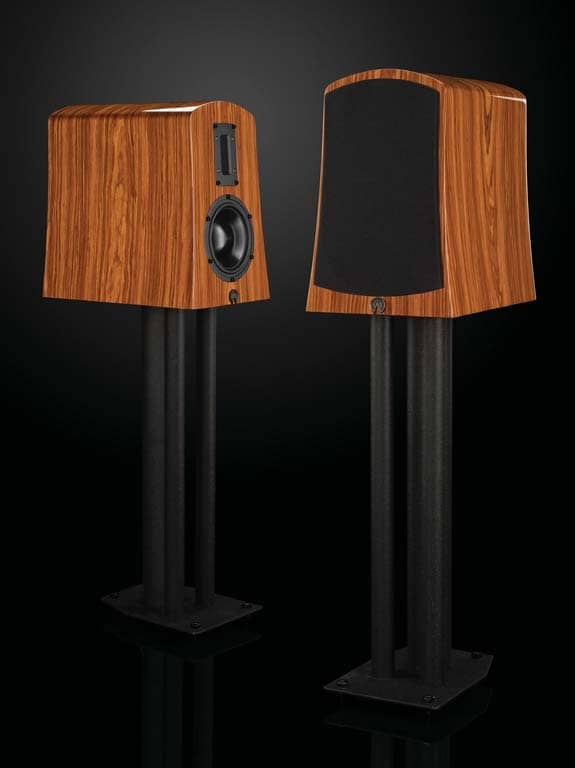 It was a “Wow!” audio moment I’ll never forget.

It happened just after Ladies Who Lunch, our regular Friday afternoon lunch-n-chat for audio poobahs at the Grand Sichuan restaurant in Chelsea. It was dark at 4 o’clock, and the first snow of winter looked enchanting under the 24th Street streetlamps. Audiophiliac Steve Guttenberg and I were accompanying our turntable setter–upper friend Michael Trei to Bob Visintainer’s Rhapsody Music and Cinema, where Trei was scheduled to install a Lyra Etna SL cartridge on a TechDAS Air Force III turntable. I tagged along to chatter with Bob and listen with Steve to Alta Audio’s tall, open-baffle Titanium Hestia loudspeakers.1 Rumor had it that this was a happening system.2

Michael shushed us as he dropped the Lyra’s exposed needle on Duke Ellington’s “C Jam Blues” from the album Blues in Orbit, recorded in 1959 not far away at Columbia’s 30th Street studio (LP, Columbia CS 8241/Analogue Productions AAPJ 056). I have heard this recording on countless, very expensive stereos, but none of them generated such dense, full-size musicians in such eerily specific locations.

I sat frozen in the leather La-Z-Boy gawking at the holographic spectacle. At one point, I got up and walked around to see if I could stand in the soundstage and maybe touch a musician.

What I noticed as much as the life-sized musicians was how easily I could sense the boundaries of that 30th Street studio. This system specialized in nuanced, lifelike dynamics and low-level detail recovery. In that singular moment, with that specific LP, those tall, open-baffle speakers, and those Zesto Audio tubed amplifiers, I was 100% transfixed. I had never experienced more vivid detail or conspicuous three-dimensionality from a stereo system. Guttenberg said he’d never heard this record sound this “real” or like “this is happening now!”3

About a year later, I received an invitation to visit my old friend Dave Lalin’s Audio Doctor audio salon, located in a beautiful old house somewhere in Jersey City. Alta Audio’s principal everything, Michael Levy, was there, and my job that day was to question him about why his Titanium Hestias image so well and to audition a prototype of his new standmount loudspeaker, the Alyssa.

I bonded with Levy immediately. I had never met a speaker designer with so much bright, positive energy or a stronger passion for the dark arts of speaker design. After a bit of friendly jabber, we got down to some serious speaker design shop talk. And pizza.

During lunch, I realized Levy is that kind of engineer who obsessively locks on to a design project, losing track of time, working nights into mornings until every detail of the speaker’s presentation is accounted for. Levy told me he designs his speakers using a group of favorite recordings and that he doesn’t quit listening, measuring, tweaking crossovers, then relistening until his favorite records sound exactly the way he thinks they should.

After lunch, Dave the Audio Doctor streamed a cut from Joni Mitchell’s Blue, which Levy said he used to voice the Alyssa. Moments into the first track, I started laughing impolitely. The Doctor gave me a stern look, like a cat ready to pounce, but I couldn’t stop. Finally, Dave paused the stream and insisted I tell him what was so funny.

“This is ridiculous,” I blurted. “I’ve only heard Alta speakers twice, and both times it was like watching a 3-D movie.”

Intrigued by the Alyssas’ imaging and quiet, grain-free presentation, I agreed to review these unusually shaped standmounts whenever they went into production.

Alta Audio’s $5000/pair Alyssa two-ways looked Modern Home luxurious, but I was disturbed by how their rounded tops, sloped sides, and high-gloss finish allowed CD cases and LP covers to slide off so easily.

My review samples were finished in a rosewood veneer that costs $1000/pair extra. They measured 14.5 high, 9.6 wide (at the bottom), and 14.25 deep and weighed 28lb. To my surprise, the Alyssas’ bottoms have threaded T-nut inserts for screw-in cones which, fortunately, just barely fit on the 8 × 12 platform tops of my Sound Anchor stands.

According to the manual, the Alyssa’s front baffle is made of Alta’s own “proprietary material” called DampHard; Levy describes it as a multilayered, multi-density composite.

The Alyssa’s 6 bass-mid driver is a custom model made by Morel specifically for the Alyssa. The cone is formed of injected Damped Polymer Composite (DPC) and features a 3 voice-coil with a titanium former. The 2.5 ribbon tweeter, which is made in China to Michael Levy’s specifications, features a neodymium magnet. The ribbon and cone are integrated by a third-order crossover. The Alyssa’s nominal impedance is specified as 4 ohms, and the voltage sensitivity is specified as 87.5dB/2.83V/m. Recommended amplifier power is 50–150Wpc. 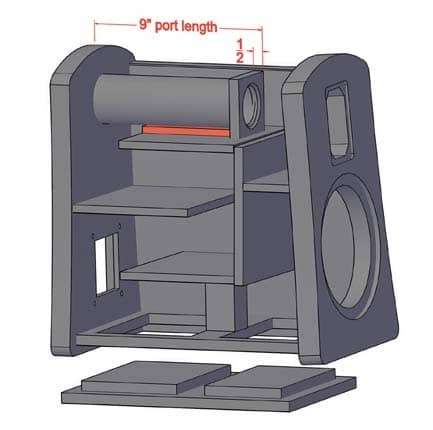