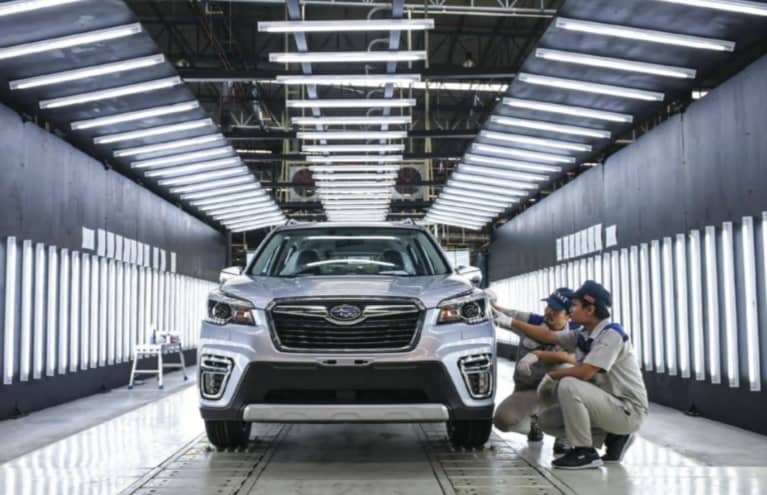 Subaru opens first assembly plant in Asia outside of Japan.

Bangkok, Thailand— The heat of the summer was in full blast when we traveled to Ladkrabang, an industrial estate that sits just on the outskirts of Bangkok. Along with the Motor Image Philippines team and over 20 other Philippine members of the media, we made our way to the land of Pad Thai and Tom Yum Goong to witness yet another milestone for Subaru.

While the Hong Kong-listed, Singapore-based TCIL has been producing CKD or completely knocked down Subaru Foresters in its Tan Chong Motor Assemblies Sdn.Bhd. (TCMA) in Malaysia since 2016, the plant hasn’t been exclusive for Subaru.

With an initial investment of B5 billion, TCSAT aims to deliver more than 6,000 units of the fifth-generation Subaru Forester in its first year of operations to meet the growing demand in Southeast Asia. Once it gets its groove, however, the plant promises to deliver up to 100,000 Subaru vehicles every year.

As TCIL’s deputy chairman and managing director Glenn Tan explained in a brief interview with the media, they chose Thailand to be the location of their first plant outside Japan because of several factors.