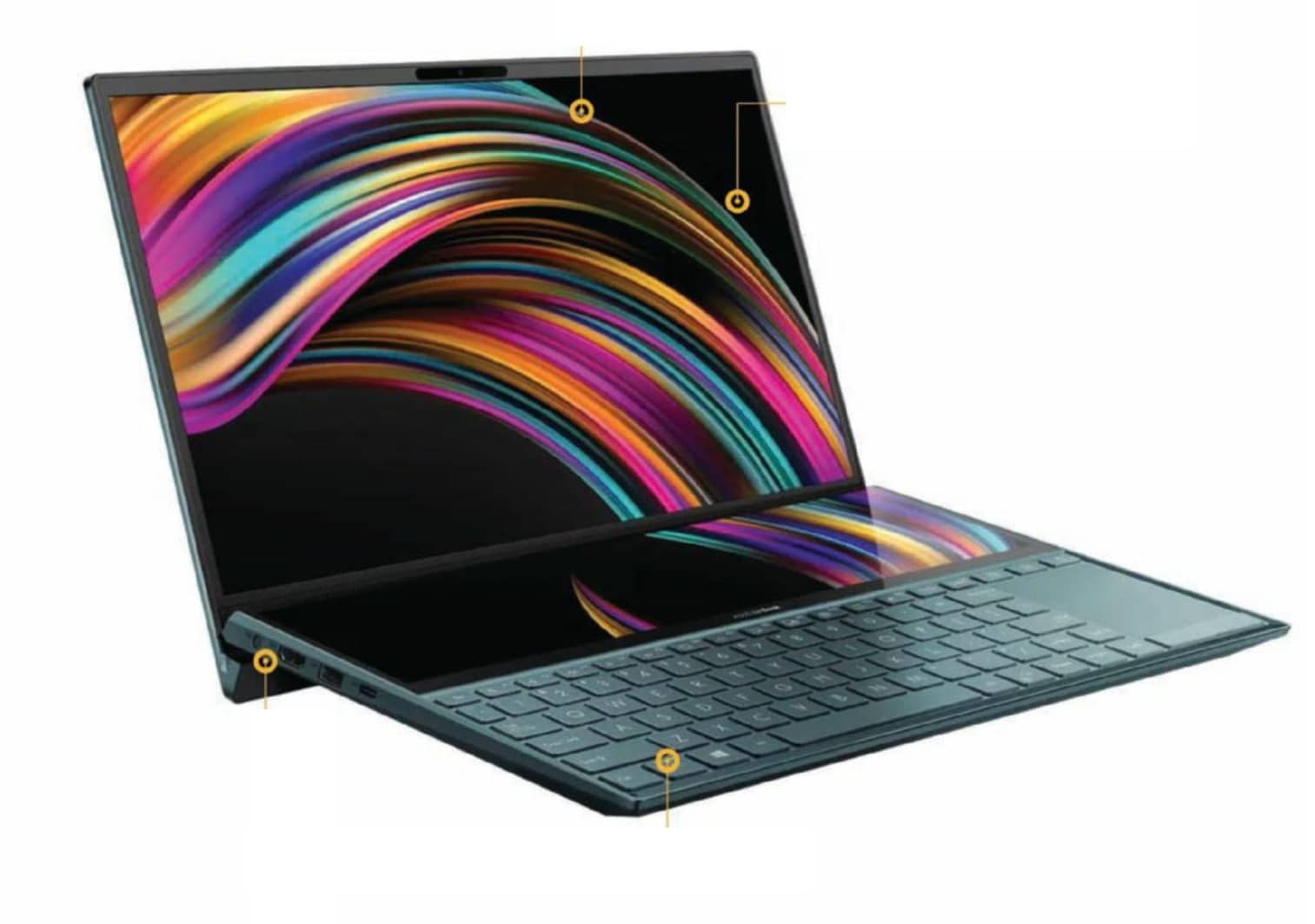 Aside from reviewing the ASUS ZenBook Pro Duo (published in Speed’s February issue), I also got to test out its little sibling: the ZenBook Duo. Essentially, the two are the same laptop with dual-screen displays and some key specs to die for. The biggest differences between the two: the size and the price.

So, with those in consideration, is the smaller ZenBook Duo bang-for-the-buck? And will it hold a candle to its bigger brother? Read on to find out.

I was able to crush multiple tasks simultaneously on the ZenBook Duo thanks to the ScreenPad Plus. I mainly used this machine for work so I didn’t get the chance to play games on it. It’s nice to note, however, that I did not encounter any lags or crashing apps during my use.

Surprisingly, this two-screened machine’s battery life lasted me up to seven hours. This gives the ultrabook an edge over its bigger brother. The laptop’s smaller charger is also easier to carry around and it takes a little over two hours to fill the machine up to 100%.

I’ll get straight to the point and say the ZenBook Duo’s LCD screen is vastly different from the Pro’s OLED one. The Duo’s main screen doesn’t have touch support and both its screens don’t produce enough brightness. There were times I got interrupted from working by the glaring lights bouncing off the ScreenPad Plus. There was enough space for work, however, on the laptop’s 14-inch screen.