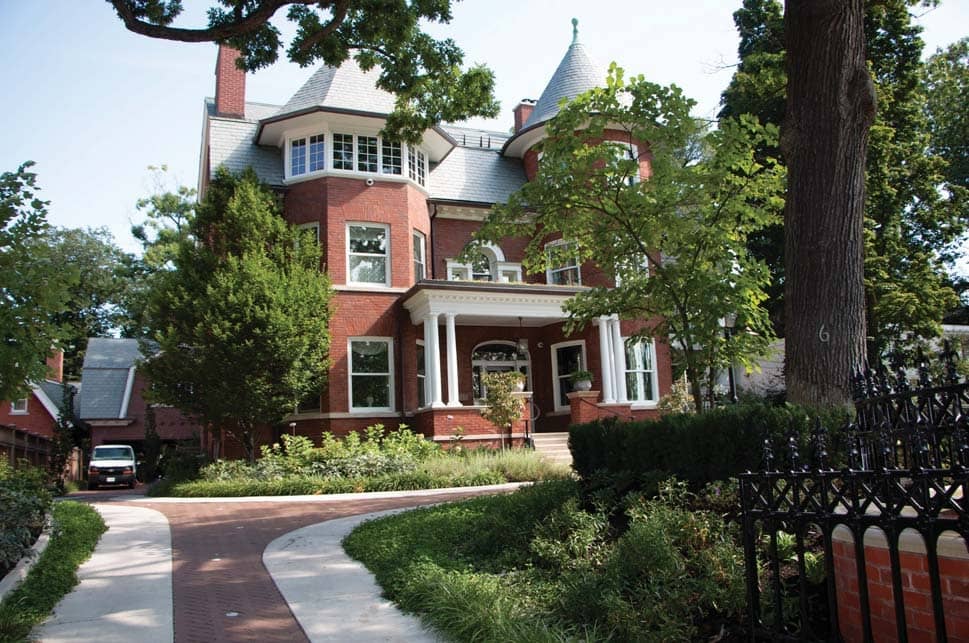 A Toronto manor gets outfitted with state-of-the-art automation, multiroom A/V, and a high-end home cinema

ENTERING THE oak-paneled foyer of this Victorian manor in Toronto’s prestigious Rosedale neighborhood is like stepping back into the early 20th century. Built in 1901, the expansive estate has been meticulously restored to evoke the grandeur of the period— with a fantastic secret. Hiding behind the magnificent historical façade is a fully automated state-of-the-art smart home created by Moonshot Automation (moonshotautomation.com, formerly Custom Sound and Vision) in nearby Mississauga.

“The home was acquired by our clients in 2014 and underwent an extensive renovation in an effort to modernize it to suit the family’s busy lifestyle while preserving the original feel of the residence,” explains Carmine Malatesta, Moonshot founder and president. The company was commissioned to discreetly deploy technology throughout the 10,000-square-foot estate that would provide effortless control over lighting, heating and cooling, home security, and an extensive network of audio and video systems, including a glorious theater designed to complement the home’s Victorian vibe.

It was a daunting task, made even all the more challenging because a full-on renovation was also underway at the home directly across the street. “The narrow dead-end street was filled with trade vehicles from top to bottom and around the corners,” Malatesta recalls. “It became a race to see who could get to the site first in the morning to secure a parking spot. Luckily the neighbors were patient and understanding—for the most part anyway.” 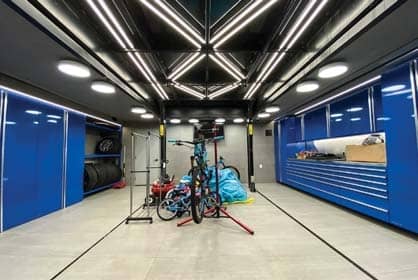 A multitude of keypads, touchscreens, sensors, speakers—you name it—had to be tastefully and inconspicuously integrated without (heaven forbid) compromising or competing with the ubiquitous solid-oak panels that give the home its old-world charm. “Everything had to be carefully selected to fulfill the client’s request and honor this heritage home,” Malatesta observes.

Moonshot cherry-picked well over 150 components from the custom-installation pioneer Crestron to create the backbone of this smart home, all neatly organized in multiple head ends and equipment racks in different parts of the home, including the attic and basement. The extensive programming required by a system of this magnitude was largely carried out by programmers from Zone Automation. A double rack of gear in the back of the home theater (which we’ll get to in a moment) houses a central AV distribution hub in addition to the local components needed to bring movies to life. A small arsenal of Creston processors preside over internal and external lighting, audio and video distribution, and sensor-based thermostats that can be controlled from touch panels, hand-held remotes, and apps—all of which are integrated with a high-tech security system featuring automated door locks that can be operated remotely and a mix of high-resolution day/night cameras and thermal cameras (with automatic recording) to protect vulnerable areas around the property. 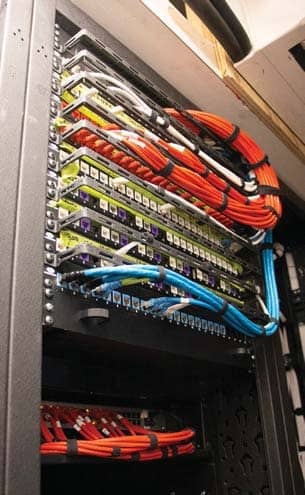 Simplicity and seamless integration were top priorities for the homeowners. The control interface had to be dead simple to use and, in addition to operating the many audio/video systems around the home, provide the ability to monitor and control essential systems from a smartphone when the family is traveling, explains Mike, the Moonshot technician who worked on the project. Examples of remote access include being able to disarm the security system as they’re pulling up the driveway (instead of having to race to a keypad to enter a code) and setting up automated lighting routines to create the impression that someone is home even when they’re not, providing an extra layer of security.