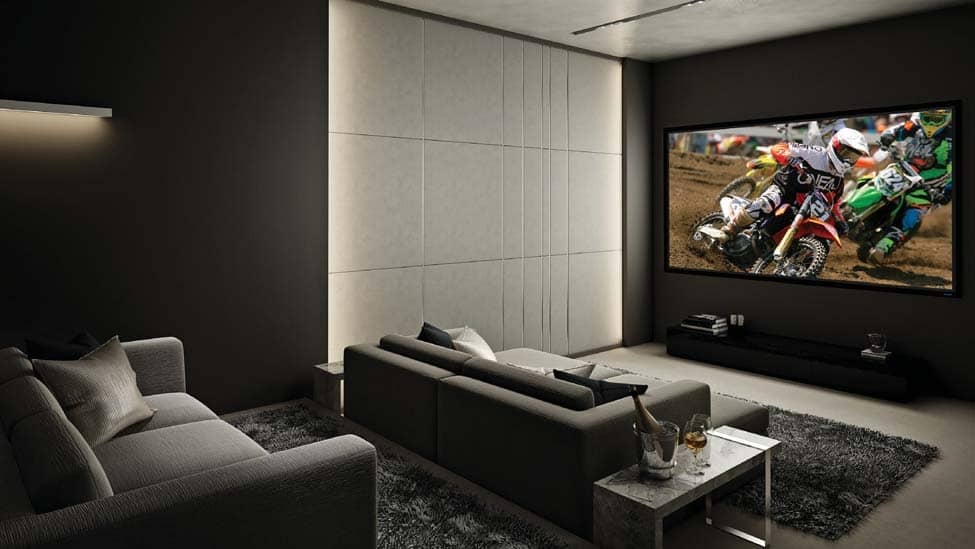 I OFTEN FEEL that the screen is the most overlooked component of a video projection system.

That’s because the screen material itself lacks “wow” factor, and it typically doesn’t get tagged with the sexy marketing buzzwords associated with other home theater gear. But selecting the right screen for a video system is crucial since the screen ultimately will serve to either enhance or reduce your projector’s performance.

While new screens rarely generate noise at trade shows like CEDIA, one news item at the 2019 show was the introduction of the fourth generation of Stewart Filmscreen’s popular StudioTek 130 (ST130) screen material. This certainly perked my ears up since I considered the previous generation ST130 to be one of the best screen materials on the market. Stewart claimed to have improved the design to optimize performance for today’s more detailed and dynamic 4K/HDR sources. I immediately expressed interest in getting a review sample and the company was happy to provide one.

I previously reviewed Stewart Filmscreen’s StudioTek 100 (ST100) screen for Sound & Vision in 2014 (available at soundandvision.com). Before I started that review, I had been using a third-generation StudioTek 130 screen almost exclusively for over a decade. In 2014, some significant industry shifts occurred. For one, with the transition to 4K underway, projectors were delivering better detail. And with the 3D craze also in full swing, they were getting brighter. Instead of calibrating a projection system for a peak screen brightness of around 8-12 foot-lamberts, projection enthusiasts were starting to shoot for higher numbers.

While a brighter image is always good, more light can also expose texture, uniformity variances, and other artifacts derived from the mixture of materials used to create a screen. At the time I was using the ST130, it did a fantastic job with color uniformity and even helped with light rejection at the sides of the image (sidewall reflections), but it also revealed a bit of texture and “sparkle” artifacts, especially when viewing images where the camera panned from side to side or moved up and down. Most folks are blissfully oblivious to such artifacts (lucky dogs!), but I’m unfortunately not one of them.

After reviewing the ST100, which I found to be almost completely devoid of screen texture and related artifacts, I started using it exclusively in my theater room. Once you’ve become accustomed to a material as transparent as the ST100, you almost immediately notice issues with anything else. I honestly wondered if this perception would bias me in my review of the ST130 G4, but I also couldn’t deny the appeal of a new material that, according to Stewart, improved on the previous generation’s texture issues while offering a bump in overall brightness to meet the demands of 4K/HDR sources.