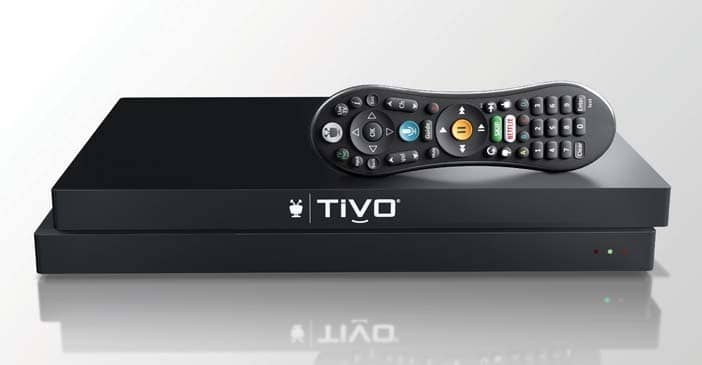 WHEN TIVO burst on the scene in 1999 it changed the way millions of people watched TV.

Gone were the days of manually setting up a recording on your VCR and then having to wait for a program to finish. Now, by using TiVo’s DVR, you could not just record but pause Live TV in order to answer a phone call or take a bathroom break.

The last TiVo DVR I reviewed was the Premiere back in 2010 and I felt the hardware had taken a major step back compared with the company’s previous Series 3— the first DVR with high-definition capability. Its user interface was poisonously slow, and while the box improved over the years with updates, it never reached a point where it outshined its predecessor.

I have a longstanding relationship with TiVo since I’ve used or reviewed virtually every product they’ve released over the past 13 years. The Series 3 served me well for a decade, but when Comcast launched its MPEG-4 service, I had to purchase a new Roamio to take its place. Unfortunately, that box had a catastrophic hardware failure after two years, but TiVo thankfully stepped up to the plate and replaced it with a first-generation Bolt along with a lifetime service package for a nominal fee.

The most recent DVR I was sent is the TiVo Edge, the latest design from a brand that’s synonymous with the category, and one that represents its response to a marketplace where traditional network TV channels are being replaced by streaming services. Is the Edge ready for primetime, or is it a work in progress like the Premiere that I reviewed back in 2010?

The Edge is manufactured by Arris, a company that probably makes the same DVR your local cable provider will rent you for a monthly fee. The thing I’ve always loved about TiVo, though, is you can actually own it versus paying an endless rental fee. Plus, the TiVo software offers a best-in-class experience. Unlike the TiVo Bolt, the Edge has ditched the wavy box design—one that I never liked—for a more traditional rectangular form factor that allows you to place another component on top of it. An added benefit is that the new box is quieter and has better airflow to keep the electronic components cool.

The Edge comes in two versions: a four-tuner Over-the-Air model ($350), and the subject of this review, a six-tuner CableCARD model ($400). Outside of the Cable- CARD slot, the units are virtually identical, with both sporting 2 TB hard disks that offer approximately 300 hours of HD recording capability. Hardware specs have also improved over the Bolt 4K with 1GB of additional memory and a slightly faster processor.

The rear panel has a coax cable input (MoCA compatible), an HDMI 2.0 output, dual USB 3.0 connectors, and an Ethernet port. The Edge has built-in Wi-Fi but given the high bandwidth requirements for streaming 4K content, either a hardwired Ethernet or MoCA connection to your home network is recommended. The audio and video output capabilities are definitely cutting-edge, with support for 4K video, but also Dolby Vision HDR and Dolby Atmos sound.

I’ve never been a fan of the stock remote controls that accompany home theater gear and have instead used a URC MX-980 universal remote in my theater for the last 12 years or so. For the purpose of this review I did use the TiVo VOX remote and found the experience to be mostly positive. The VOX has the peanut-shaped form factor of previous TiVo remotes and its layout is simple to follow. My biggest gripe is that it isn’t backlit, but once you figure out where the most-used buttons are located, it’s easy enough to handle in the dark. 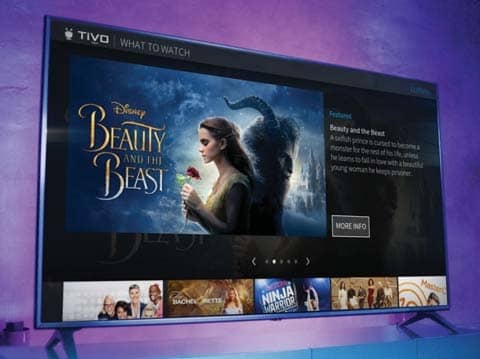