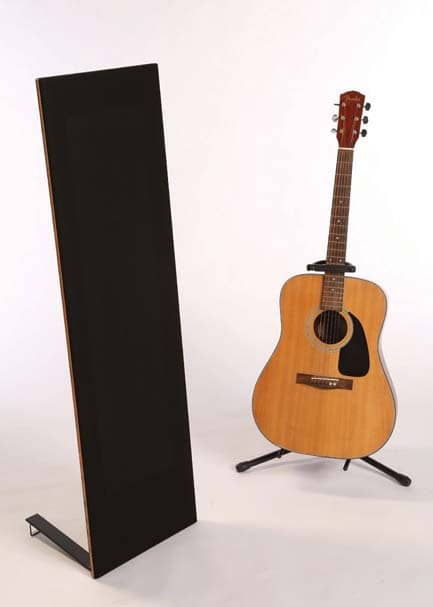 For a single person who just wants to head out and have fun, then maybe.

IMAGINE THAT Ferrari introduced a new mid-engine sports car that sold for only $30,000. Sounds like a killer deal, but would you jump at the opportunity? The answer to that question will probably depend on your life situation. For a single person who just wants to head out and have fun, then maybe. But if you have kids who need rides to school and soccer practice, probably not.

The Magnepan LRS (Little Ribbon Speaker) is a new model from one of the world’s premier speaker brands— one that sells for an almost absurdly low price. The catch here is that the LRS won’t work well in every setup and will only be a good match for certain types of listeners. More than just about any other speaker I can think of, it demands that you play matchmaker and carefully run through a personal checklist of qualities you want from a speaker. And if your priorities happen to match with the speaker’s strengths, you could be headed for a level of musical nirvana way beyond what its price tag would suggest.

As one of the keystone brands of the U.S. high-end audio industry, Magnepan has been building speakers in White Bear Lake, Minnesota since it was founded by Jim Winey over 50 years ago. In the decades since then, Magnepan has remained about as doggedly a conservative company as you’ll find, with the same factory and ownership for all that time, and unlike so many other iconic audio brands, there has never been even a hint that it would suddenly head off to China seeking cheaper production costs. Heck, I wouldn’t be surprised if it has had the same coffee machine in the break room since the 1970s. More important, apart from a brief flirtation with a tonearm 40 years ago, Magnepan has made only dipole panel speakers for its entire history.

Magnepan’s Magneplanar speakers use what’s known as planar magnetic technology, and while their tall and skinny panels may bear a physical resemblance to electrostatic speakers such as those from Quad and MartinLogan, the operating principles are quite different. In some ways, a planar magnetic driver is actually more closely related to traditional cone woofers and dome tweeters than an electrostatic panel that gets plugged into the wall. They are physically similar, however, in that both types use a flat, lightweight membrane that’s driven over its entire surface area, a design that eliminates the requirement of having to balance low mass and stiffness that comes with a cone or dome driver.

Magnepan has used three variations of the planar magnetic driver over its history. The LRS uses what it calls quasi-ribbon drivers, where a serpentine aluminum ribbon is bonded to a thin Mylar sheet that’s stretched tight by the speaker’s frame. This diaphragm sits immediately in front of a perforated metal plate covered with an array of magnets, so when a signal with fluctuating polarity is passed through the ribbon, it will be attracted to and repelled by the magnets, causing the panel to vibrate and move air. Despite being a two-way speaker, both the woofer and tweeter sections in the LRS reside on the same piece of Mylar membrane, with the skinnier tweeter section running vertically along one side. By keeping the tweeter section narrow, the speaker can deliver good horizontal dispersion over a wide seating area, while its 37-inch height keeps vertical dispersion tightly controlled to minimize floor and ceiling interactions.