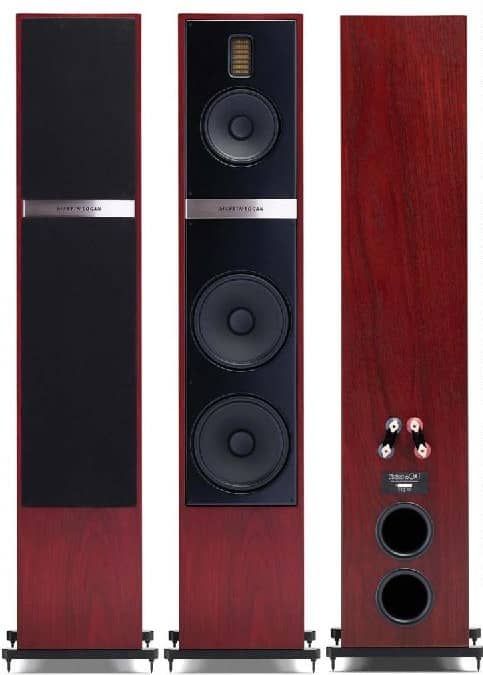 ASK A CAR GUY to identify any classic American car from the 1950s or 60s, and most would be able to pin it down to the exact year of production.

Back then, the auto companies would change up styling every year, even if the mechanical stuff under the sheet metal remained essentially unchanged. The problem with that approach is that tooling up to build new models every year gets really expensive, so these days most cars have a life cycle of a few years before an all-new generation is introduced. To keep these longer-lasting designs looking fresh, at some point in the life cycle they’ll give the car what’s known as a facelift, replacing a few key parts like the grille, taillights, and trim to lend it a new look.

The new “XTi” versions of MartinLogan’s Motion series speakers follow the pattern described above, with freshened-up styling wrapped around the same essential guts of the Motion 60XT system I reviewed back in 2015. In fact, when laying out the specifications box for this review, I found that the only specs that needed revision were the model names and prices; everything else was the same. Comparing prices with the older models revealed an increase of about 19 percent for the new system. Five years of inflation accounts for part of that, while the all-new, improved Dynamo 1600X subwoofer accounts for most of the rest.

MartinLogan’s cosmetic changes for the new Motion “i” series include three finish options instead of the prior two. Gloss black remains, but the old glossy cherry wood finish has been replaced by a more natural-looking red walnut veneer, and a new satin white finish adds a Euro-chic look to widen global appeal. (A friend of mine who exports speakers says that white is the most popular speaker finish in Europe.)

Other visual changes are meant to help soften the line’s look somewhat. There’s a brushed metal band across the front of each speaker with a MartinLogan logo, while the grilles are now covered with fabric instead of the bare perforated metal on the older versions. On the 60XTi towers, that metal band separates the speaker’s front into two sections, with an upper grille covering the midrange driver and tweeter, and a lower grille to cover the woofers. Both are attached magnetically, so no unsightly peg holes will be visible should you opt to run the speakers au naturel without the grilles.

Put all together, the Motion series now includes thirteen individual models, with three tower and two bookshelf speakers along with multiple surround and center channel options for building a home theater setup. Like usual, my goal was to put together a system that would be equally at home serving as a two-channel music system and a multichannel home theater rig for movies. For my 5.1 channel setup, I selected the 60XTi towers for the front left and right channels, a 50XTi center speaker, and a pair of the 35XTi bookshelf models pressed into service as the surrounds. Bottom-end grunt was delivered by the Dynamo 1600X.

The flagship Motion 60XTi features dual eight-inch aluminum cone woofers, a six-inch aluminum cone midrange, and the same 1.25 × 2.4-inch Motion XT folded ribbon tweeter used throughout much of the Motion lineup. Along with the cosmetic modifications noted above, the aluminum woofer and midrange cones in the new Motion series have been subtly changed from those in the older model, with a new flattened dust cap in the center that MartinLogan says helps to improve stiffness. These are tall, substantial speakers that make a strong visual statement. A pair of outrigger bars can be attached to the speaker’s base that gives it a wider stance for added stability. I used the bars with the provided carpet piercing spikes, though rubber footers (also included) can be substituted if you have a hard or delicate floor. Twin pairs of binding posts allow for bi-wiring or bi-amping, and the hand-tightened posts themselves are an object lesson in good design. A bass reflex model, the 60XTi features a pair of rear-facing ports positioned below its binding posts. 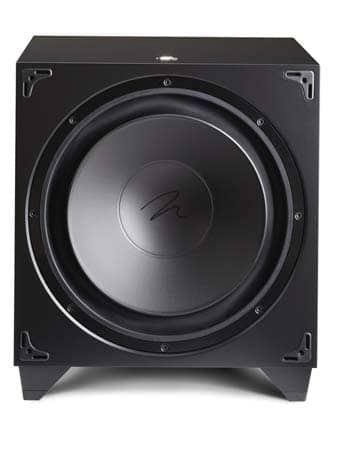