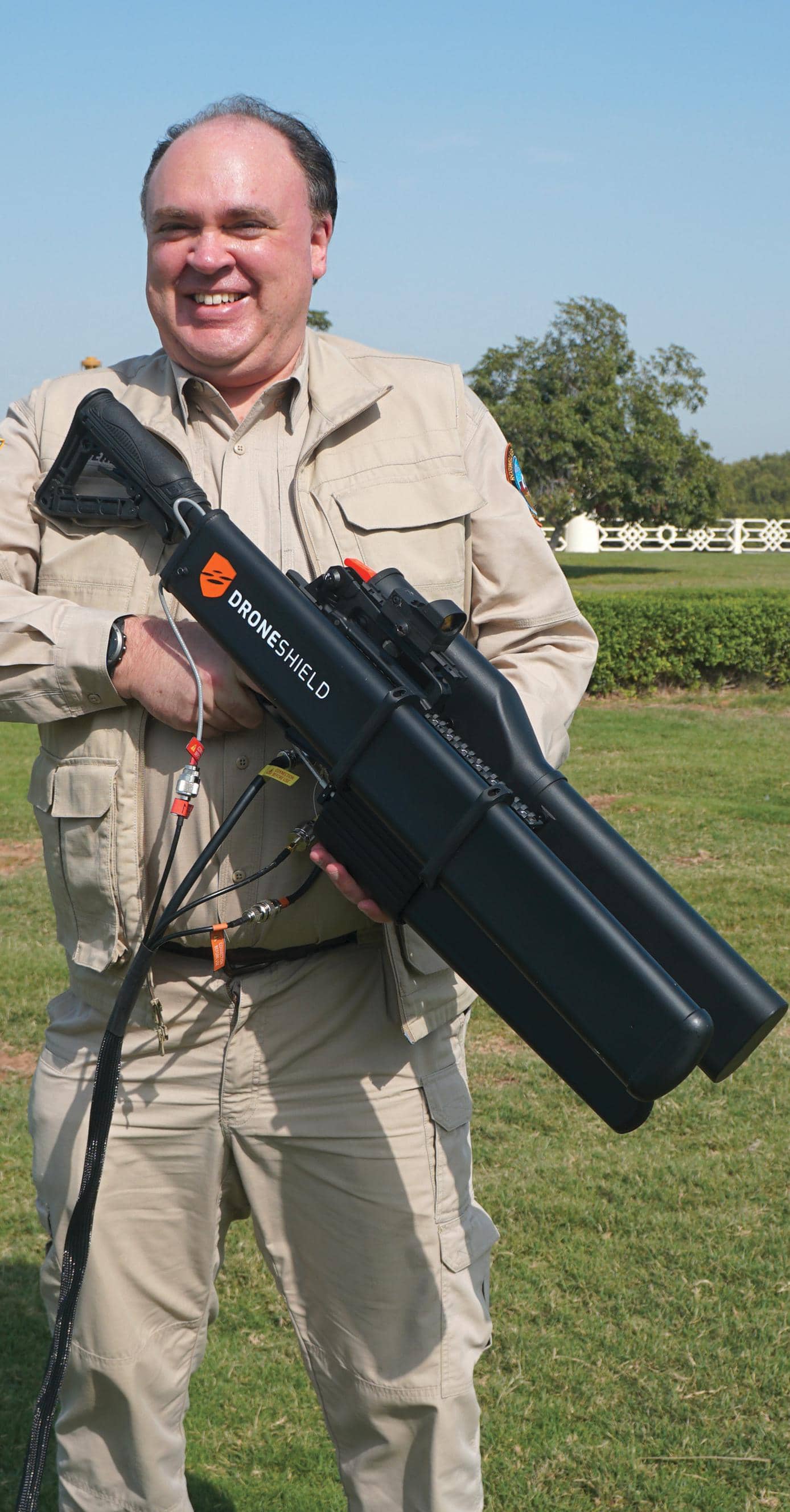 The solution when drones go bad

As with every instrument yet invented by humankind, drones have the potential to be used for good or evil. Readily available consumer drones can be used for surveillance by bad guys and can even deliver small explosive payloads. Preventing those outcomes is the role of counter uncrewed aircraft systems (CUAS) technology, which is emerging alongside drones themselves to stop bad actors who would abuse their potential to cause harm—and it is urgently needed.

In January 2018, a swarm of homemade drones attacked a Russian airbase in Syria, and in 2016, Kurdish militia shot down a drone that exploded and killed two fighters when it was recovered for study. Closer to home—and infinitely more trivial—HBO employed CUAS technology to keep the final season of its blockbuster hit Game of Thrones under wraps while filming in Ireland. Sophie Turner, who portrays Sansa Stark, told a crowd at New York Comic Con: “If there is a drone that flies over the set, there is a thing that kills [it]. …It creates this field around it, and the drones just drop. It’s very X-Men!”

There are two basic methods for implementing CUAS. The first is electronic jamming: interfering with the control, video, telemetry, and GPS signals that the drone and its pilot rely on to maintain controlled flight. The second is more direct: launch another, larger UAS to intercept the wayward drone and physically capture it with a net. Either way, the drone is stopped midflight and prevented from doing any harm to persons or property on the ground, or from taking unauthorized photographs from the air.

Electronic warfare emerged almost immediately after the first application of electronics in warfare. During World War I, France and Great Britain used radio jamming to disrupt bombing missions conducted by German Zeppelins, which relied on radio navigation to find their way over Allied territory, and 100 years later, electronic CUAS use the same basic approach.