Run Android Apps On Your PC 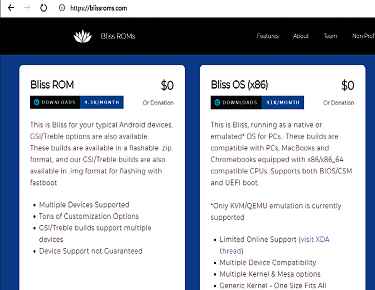 When Microsoft originallyintroducedWindows10, it had an ambitious vision: an operating system capable of running the exact same apps on both desktop and smartphone hardware, offering a consistent experience across devices, along with seamless data sharing.

Sadly, the death of Windows Phone put paid to that idea. Today, Microsoft’s mobile efforts are broader; while continuing to develop its Surface hardware, it’s also putting out apps for iOS and Android, and working on Your Phone, a lightweight app that lets you access some of the features of your Android phone from within Windows 10.

If you still dream of using the same apps on the desktop as on your phone, however, it may yet be possible – depending on which platform you’re using. At present, there’s no legal way to run iOS apps on windows, but there are Android emulators that can get your favourite apps working on the big screen.

The simplest way to run Android apps on Windows is to install a prepackaged Android environment. One of the most popular is BlueStacks (bluestacks. com): it’s easy to install, looks good, and claims to be six times faster than any phone.

BlueStacks bills itself as an “Android Gaming Platform”, and the “Discover apps” panel that sits to the side of the home screen is distinctly game-heavy. Don’t let that put you off, though: ordinary Android apps will also work perfectly well, and the Google Play store gives you access to the full range of compatible apps, including any you’ve already bought on your phone or tablet.

The current version of BlueStacks runs Android 7.1.2 (Nougat); to make the most of your available resources, you can specify how many processor cores and how much memory is devoted to Android (and how much is kept back forWindows), as well as setting the emulated resolution, pixel density, and graphics mode (DirectX or OpenGL). There are also handy presets for high, medium and low performance, or you can let BlueStacks decide. On our PC with eight cores and 8GB of memory, the software co-opted two cores and 1.8GB of memory, which proved ample for a slick Android experience while leaving Windows perfectly responsive. BlueStacks will also switch between graphics modes when required –with a reboot – which it did the first time we launched Instagram, which required OpenGL.

Overall, BlueStacks is a very accessible way to run Android apps onWindows. You may even finds you prefer it to a smartphone: the additional screen real estate can be helpful, and the option of full mouse and keyboard control brings new life to apps you’re accustomed to navigating with a finger.

Note, though, that while there are shortcuts for certain smartphone features, a handful of controls can’t be replicated by an emulator: sharing your location, shaking the device and rotating the screen are kept a click away, with live apps stored in tabs at the top of the interface.

If BlueStacks doesn’t suit your needs – for example, if you need a more recent OS build – it’s also perfectly possible to run an x86 build of Android in a virtualisation engine like VirtualBox