Never Lose A File Again - How To Become A Search Wizard 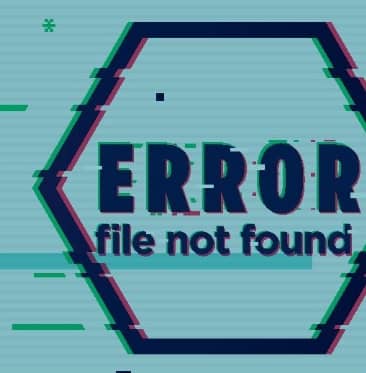 Fed up of trawling for documents you know you saved somewhere? Nik Rawlinson comes to the rescue

Searching in Windows is a bit of a mess. To be fair, though, it’s less messy than it used to be: until earlier this year, the Start menu’s search functionality was mixed into the Cortana voice assistant. The May 2019 Update split Cortana and search into separate functions, which made things clearer, and means those who prefer not to use Cortana can disable her entirely without forfeiting search capabilities.

Improvements have been a long time coming, though. As far back as 1991, Microsoft was working on a smarter file system that would extensively index both the metadata and content of every file, making it quick and easy for users to find whatever they wanted with just a few keystrokes. By the early 2000s, this idea had evolved into a project called WinFS (short for “Windows Future Storage”). This was to have been part of Longhorn, the nascent operating system that became Vista – but, sadly, WinFS never saw the light of day.

Its abandonment may have had something to do with Apple. In 2004, several of the Longhorn team attended the AppleWorldwide Developers Conference, where Steve Jobs unveiledMac OS X 10.4 Tiger, featuring Spotlight – a fast, systemwide search tool that seemed to do everythingWinFSwas designed for. Internal emails, later released, reveal how the Longhorn team felt about what they’d seen: “I did system-wide queries against docs, contacts, apps, photos, music, and my Microsoft email on a Mac,” admitted Microsoft developer Lenn Pryor: “It was amazing. It is like I just got a free pass to Longhorn land today.”

Jim Alchin, who headed up Vista development, agreed: “It’s hard to take. I don’t believe we will have search this fast.”

The good news is that, while WinFS maybe defunct, Microsoft hasn’t given up on search performance, and today you don’t need a Mac to enjoy lightning-fast, system-wide searches. You just need to know how to effectively harness the search capabilities built into Windows 10.

The simplest way to search is just to hit theWindows key, or click in the taskbar field that helpfully says “Type here to search”. This interface is designed primarily for launching apps, and as you start to type you’ll see links to installed applications appear at the top of the list. However, files of other types will be listed below these results – and if you’re running the latest version ofWindows 10, you can click on the links along the top of the pane to focus on documents, settings, web results and other types of content. You can also type into the search field at the top-right of any File Explorer window to search for files and folders in the current location and all subdirectories.

To come up with its results, Windows doesn’t just match documents by filename. It also tries to index the content of files, emails and so forth to help it return the most relevant hits. By default, however, it does this only in English: if you have been sent a large number of French or German files, you’ll need to install the appropriate language packs to have them indexed.

To add new language packs to your PC, open the Settings app and click “Time & Language”, followed by “Language”. Click “+ Add a preferred language”, then select the language you require and click “Next”. Make sure “Install language pack” is ticked – but not “Set as my display language”, unless you want to completely change the system interface – and click “Install”.