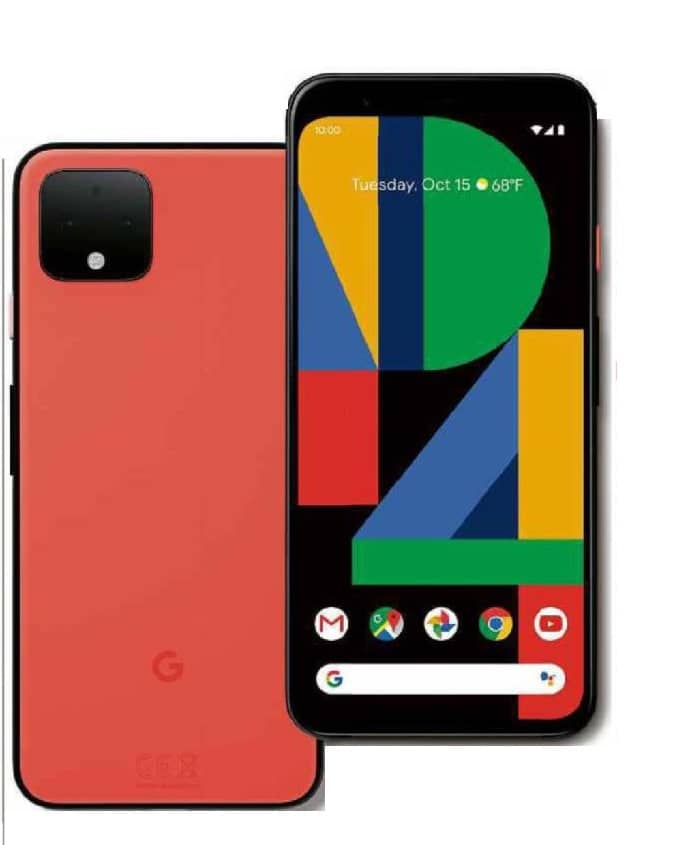 The Pixel 4 has an extra camera and a new design, but Google’s Android crown is beginning to slip

My immediate reaction to the Google Pixel 4 was disappointment. While it offers a series of firsts for the Pixel range – two rear cameras rather than one, a Snapdragon 855 processor, a 90Hz screen, even radar-sensing gesture controls – there was still no immediate sense that it had jumped ahead of its rivals.

That’s despite a new design. Google has ditched the two-tone look of its previous three generations of Pixels, instead opting for a simple single-tone colour scheme available in “Just Black”, “Clearly White” and “Oh So Orange”. Each is surrounded by a curved, textured black trim, with a coloured power button and volume rocker on the right edge. There’s no notch, either; instead, the 8MP selfie camera and earpiece speaker are located inside a chunky forehead bezel.

The Pixel 4 is sandwiched between protective layers of Gorilla Glass 5, rated to the IP68 standard. The new rear camera module is distinctly iPhone-like, with the two cameras, infrared sensor and dual-LED flash arranged in a diamond pattern.

The dual front-facing speakers also reappear, and there’s still no 3.5mm headphone jack. This isn’t normally much of a problem, but miserly Google has decided not to include an adapter in the box this year. There’s also no fingerprint sensor, but you can still unlock the Pixel 4 with your face, or with a PIN or pattern lock.

That would be bearable if it weren’t for the security vulnerabilities of the face recognition. My review unit failed to register my face on several occasions, especially with my glasses off, and sometimes forgot the face data entirely, forcing me to go through the process of setting it all up again. But the biggest problem is that you can unlock the phone with your eyes closed. So someone could grab the phone while you’re asleep – or unconscious – and access all your data. Google says there’s a fix in the works, but until then use a PIN, pattern or password lock instead.

On a happier note, the Pixel 4’s 90Hz OLED screen is excellent. While an average Delta E of 1.4 and sRGB coverage of 90.5% aren’t the best figures ever, they show you can trust the screen’s accuracy in its Natural colour mode. I don’t advise switching to Boosted or Adaptive settings, as these reduced accuracy and produced garish, candy-looking colours.

Screen brightness peaked at 430cd/m2 in automatic brightness mode, promising readability in most sunny environments in the UK, although you might be squinting at your Facebook or Twitter feeds if you jet off somewhere more exotic. Suffice it to say, this is a screen that’s very good for watching YouTube videos and playing games, although if HDR playback is your secret love then the iPhone 11 Pro’s Super Retina XDR display is far superior: scenes in Netflix’sMarco Polo series look dark in comparison when first played on the iPhone and then the Pixel 4.